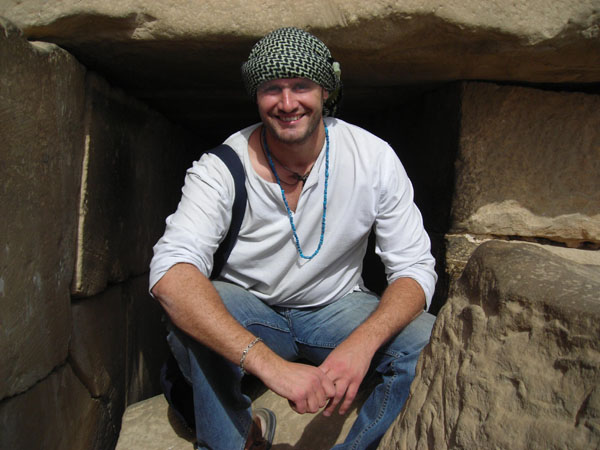 Nick Rowlands comes clean about his relationship with another tour leader in Egypt.

How We Got Together

You know how it goes. We happened to be in the right place, at the right time. In the right mood.

That pretty new tour leader who had been hovering around the periphery of my awareness suddenly snapped into focus, and we found ourselves on a felucca on the most romantic river in the world, huddled close under a blanket as the cold weather played cupid.

Before I knew it, I became one half of a couple. The problem was that we never saw each other– working as a tour leader takes over your life.

You meet a bunch of strangers and try to mould them into a cohesive group. You are responsible for every aspect of their holiday. You organise, advise, inform, entertain, and trouble-shoot. Sometimes you rebuke. 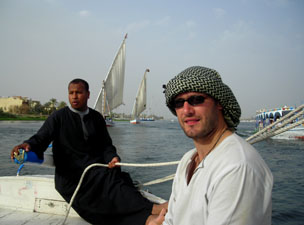 You are on call 24 hours a day. Outside your group, the world barely exists. Then you say goodbye, and do it all again with another bunch of strangers.

So, passing like cruise ships in the night, my new partner and I formed an early relationship of frantic phone calls– moments of cellular intimacy snatched from the possessive demands of our groups.

The forced separation drew out our honeymoon period. Months down the line, I was still a bundle of nervous excitement, anticipation and endorphins whenever I saw her in the flesh.

We barely knew each other, but we had plenty to talk about: the woman who asked if you could see the pyramids from Luxor, the surgeon who squandered all his money on fake papyrus. Snippets of gossip or scandal from life on the road.

We were constantly comparing our schedules, trying to work out which of our tours overlapped, and when we would next have time off together.

Leaving tour leading is like resigning as head of a cult. You no longer have hoards of worshippers hanging on your every word.

An Attempt at Stability

After two years of tour leading and roughly five months of dating, I decided to quit the life. There are only so many times you can wake up at 3:30 am to go visit old stones.

But I wasn’t ready to leave Egypt. This was the first woman I had ever met with whom I could sense a future.

We found an apartment, and I tried to find some work. We thought with one of us in a permanent base, things would be more normal. We’d see each other more often. No more creeping around hotels whilst on tour, hiding from the staff and our passengers. No more searching for privacy in the scummy flat we shared with the other tour leaders.

But things were not normal.

Leaving tour leading is like resigning as head of a cult. You no longer have hoards of worshippers hanging on your every word.

All of a sudden, you have free time. I tried to build other friendships, tap in to new lives, but part of me was still off in the desert, dancing to tabla and wondering at the stars.

Hearing about her tours made it worse, because I was trying to leave that world behind.

“Tour leader rubbish,” I thought to myself daily. “I’m beyond that now.”

But I wasn’t beyond it. How could I be? She needed to vent her frustrations about tours gone wrong. I needed to hear that her passengers were all horrible, or ugly, or 40 years too old.

Building a Nest Together

After another six months of repeated hello’s and goodbye’s, she sacked off the tour leading and we moved in together full time.

This was what we’d been waiting for. Breakfasts in bed and lazy nights curled up in front of the TV. Putting down shared roots. No bloody tourists whinging about hotel water pressure or dirty whatevers.

Living with someone new is often difficult, especially if you haven’t spent that much time together before. Up to this point, at least one of us had been working as a tour leader. Now, we were both thrust back into the real world. The entire context, the setting, of our relationship had changed. Perhaps we had changed.

We always knew we argued, we just never knew how much. Now we had new things to argue about. Washing up. Housework. Coming home late. That these arguments were about such petty, mundane things made them all the more painful. 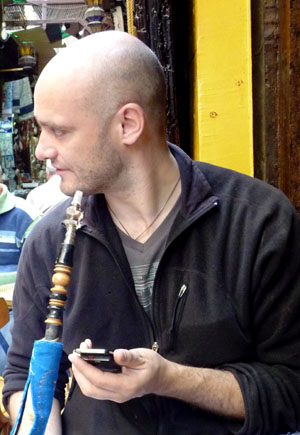 We started to question if we really knew each other. Whether, without the common tie of tour leading, we were actually compatible after all.

And then we argued some more.

You know how it goes. We happened to be in the right place, at the right time. In the right mood. We finally admitted it wasn’t working, and that maybe it was never going to work.

The words were said. Before I knew it, I was single again.

Breaking up with your loved one is pretty shit. She moved to another town. I considered moving to another country. Or joining a monastery. Or running home to my mum.

But I dealt with it in as clichéd a manly manner as I could. I drank. I played a lot of pool. I surrounded myself with people that didn’t know her. Did I mention I drank? I might have cried, too.

Which is another way of saying, I got over it.

Even though the rational part of me knows that she and I were too different – that we would never even have gotten together if we had been living in England – I still miss her. We had each been a rock of support for the other in a city that doesn’t always take kindly to strangers.

Have something to say? Leave Nick a comment below!