Jason and his wife – I’ll call her Sam – believe that marriage doesn’t mean the end of attraction or connection to other people. I think many married couples would agree with this sentiment, though doubt many would agree sex should be part of the equation.

We run so far from loss – but loss is part of life, whether we like it or not.

But Sam believes in the idea of non-possessiveness, that to be committed to life with a partner does not mean you should have to give up any part of living that life. She once said:

I want to be open to every possible switchback, curve, or hidden trail that reveals itself to me. And I want to make my own decisions about how I experience them in my life. Having an open relationship is just one way that we experience our convictions that we are each truly our own person, with our own smorgasbord of experiences ahead of us.

They also both believe the choices they have made about their relationship are empowering and keep them engaged with each other on all levels, and that they can appreciate the joy the other experiences with another person. 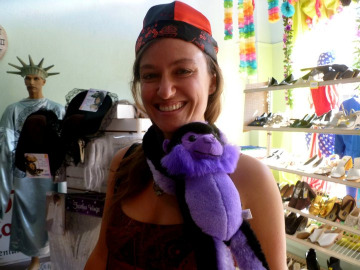 They have rules, yes, but not many. Mostly, they have insanely good communication, better than I’ve witnessed between any other couple. I think that is the key to making something like this work.

Things Start to Get Complicated

This was the first time either of them had embarked on an actual relationship outside their marriage, rather than what I like to call “liaisons”. After our first night together, Sam wrote:

Will they get together again? Maybe. I am down with that. I am not worried that he is going to fall in love with her, or she with him. In general, I have found that folks who are open to this sort of thing tend to have an emotional intelligence that helps keep things playful and simple.

My blood ran cold months later when I thought about this. Because we had fallen in love. I don’t think he, or she, had expected that. Still, he remained very much in love with her and committed to his family. She was genuinely happy for us, and for some strange reason the whole thing was OK with me, too.

There were times I wished I could phone him without interrupting family time.

Of course, there were times I wished he didn’t have to go back home, that I could phone him without worrying about interrupting family time, or that we could take off on a weekend trip to New York together.

But in some ways the whole set-up worked for me: I was embroiled in my own struggles regarding commitment and giving up my independence, and desired to make decisions in my life based only on me.

It Worked Until It Didn’t Work Anymore

I suppose it’s inevitable that when you fall in love with someone, you eventually want more. We both understood we had extended our “honeymoon period” by seeing each other only every two weeks or so, that our time together was an explosion of anticipation built up since the last time through emails, phone calls and texts.

That although we leaned on each other when we dealt with our own life issues, we rarely had issues with each other because of the safety of distance and time.

The crash after our weekends together began to get harder for both of us. I stepped lightly into my own romantic “liaison” outside of our relationship. Summer was coming; scheduling weekends to see each other was becoming more difficult.

We had that moment on the phone where things were strained, and I surprised myself by saying, “This isn’t working.” He was quiet. 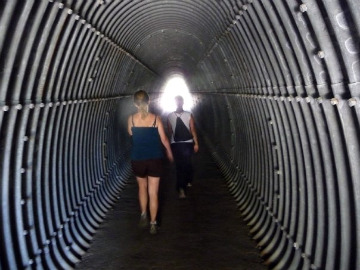 We both knew these issues were something we could work through: we’d been able to navigate some intense stuff really well in the past.

But what was the point? We’d only end up in deeper, with nowhere left to go.

For these reasons, it had to end.

Would I do it over again? With him, yes. We both believed we were brought back into each other’s lives to help heal each other. He changed me for the better, and I like to believe I did the same for him.

For me, this relationship was not only healing when it came to issues of love and sex. I also got to work on my own insecurities around jealousy. I was forced to look directly at letting go – letting go of someone I loved, and who loved me, but with whom I was not meant to be in this lifetime.

We run so far from loss – but loss is part of life, whether we like it or not.

There’s also the danger of turning away from things in life that aren’t acceptable by society’s standards, but which actually manifest to aid our growth and betterment as people. It’s hard to define what is truly “right” or “wrong” in life, and what has come to strengthen, heal, or break us wide open.

Would I do it with anyone else? I don’t know. But I can say this relationship taught me a lot. Most of all, it made me realize I want to have what we had with someone I can call my own.

What do you think about open relationships? Ever been in one, or wanted to be in one? Share your thoughts in the comments below.

If you enjoyed this article, you might like others in our Love in the Time of Matador series, such as When the Boyfriend Stays Home, or Anatomy of a Tour Leader Relationship.

Prev Page
Tagged
Couples
What did you think of this story?
Meh
Good
Awesome