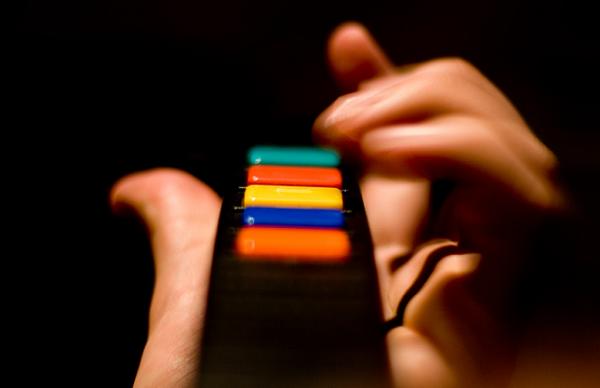 Editor’s note: in the first of a ‘soon-to-be-famous’ new series, Matador explains whatever we’re feeling to be ‘culturally relevant’ for us at the moment.

It’s difficult to believe that Pearl Jam’s Ten is almost twenty. This week’s re-issue will contain a re-mastered version of the original release, as well as new version re-mixed by Brendan O’Brien. We can’t tell if the later is a good idea or a bad one. Do we really want the guy who mixed Limp Bizkit records toying with “Alive”?

Also out this week is The Decemberist’s The Hazards Of Love, which they played live in its entirety at last week’s SXSW Music Festival. Catch the playback on NPR. There’s so much buzz about this “folk opera” that it had better be damned good, because we’re already over the record label’s hype.

Guitar Hero Metallica becomes available this week for Wii, Xbox and PS3. We’re playing this one for the old tunes, as well as the brilliant Mercyful Fate medley that’s been slipped in. It’s also pretty badass that “Whiplash” was included.

Speaking of the bass parts, Jason Newsted definitely has his Lars Ulrich voodoo doll out again – Robert Trujillo is ‘performing’ his parts. His nephews are so bummed.

This may be a big week for the James Bond Series but our money’s on the restored release of Hitchcock’s To Catch a Thief, starring Cary Grant and Grace Kelly.

There are also two, count ‘em, two Yngwie Malmsteen live DVD’s out this week – we want pictures of the guy who pre-ordered them both. Those aren’t mayo stains on his sweatpants.

It’s hard to imagine people fighting about duck liver but that’s exactly what is covered in a recently-released book called The Foie Gras Wars: How A 5,000 Year Old Delicacy Inspired The World’s Fiercest Food Fight. This one is crying out for some foodie-nerd (noodie?) love.