1. Ask me whether I am a feminist or a feminazi.

If you’re the kind of person who believes that fighting for gender equality is just like systematically murdering millions of people, I’m probably going to look like and extremist to you.

2. Complain unironically about “the friend zone.”

The friend zone sounds like a fantastic place to be in. I love being friends with people! But if any of my friends believes my friendship is a consolation prize for not having sex, I’d like to know. I want them as far away from me as possible. As soon as possible.

3. Try to hit on me using lame sexist pick-up lines.

So you like me because I’m “not like the other girls”? What problem do you have with other girls? Could it be your blatant misogyny?

4. Right after that, complain about how girls ignore the nice guys and only date assholes.

Let’s get this straight: nice guys don’t think women are too stupid to choose who to date just because they got rejected. In other words: you’re not a nice guy.

5. “Sexism does not exist, you get into clubs for free.”

Yeah, and we also get paid less money for the same job, suffer a greater pressure to adhere to a stereotype of how we should look and 1 out of 3 women have suffered from sexual violence or intimate partner violence. But yeah, we get into the clubs for free, we’re doing great.

Putting your own dirty underwear in the laundry basket is not “helping”, it’s being a responsible adult. Saying that you “help” at home implies that it’s someone else’s responsibility. So put on your big boy pants, grab a couple of rubber gloves and go scrub the toilet.

9. Assume I don’t know what I’m talking about and explain it to me condescendingly.

Mansplain it to me, baby.

I love DIY, call me an addict. From projects taken from Pinterest to fixing an electrical cord, I love it and I’m good at it. But sometimes (okay, most of the time) when I’m buying some material or hiring a professional for a difficult job, they feel the need to explain really obvious stuff to me. Or worse, to explain it to my boyfriend. If you were trying to ruin my day, that’s how you do it.

10. Tell me all about how class struggle is more important than the fight for gender equality.

So feminism is madly in love with left-wing politics. But left-wing politics doesn’t love us back. When we hear a fellow social justice activist say sexist stuff it really gets to us. You would think that he would be more aware of how oppression works. But it happens so often that we are sort of used to it already. I’d probably brush it off saying “dude, the patriarchy is way older than capitalism, read a book”.

11. Manspreading before I even have time to get coffee.

Some men I happen to sit next to on public transport would have enjoyed a successful career in ballet if only they had tried. Seriously, look at those splits, they’re better than mine! And if I haven’t had time to get coffee, I definitely don’t have the time to stand that. 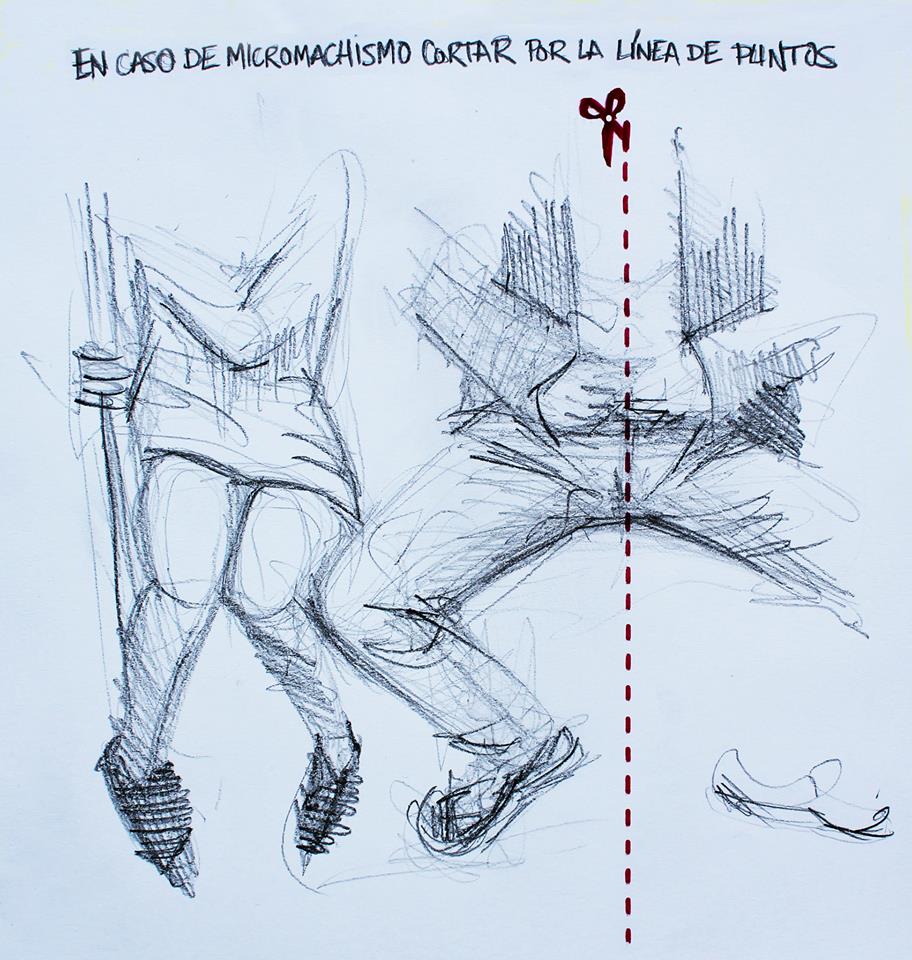 13. Summon your freedom of speech in order to say oppressive stuff without facing the consequences.

You see, freedom of speech means your government cannot fine, censor or incarcerate you for expressing an opinion. It doesn’t mean I can’t call you out on your bullshit. See? That’s my freedom of speech right there.

When my boyfriend says I look especially pretty today or a friend says she loves my new dress, they’re complimenting me. A stranger whistling, honking or whispering what he would do to me is not a compliment. It’s harassment.