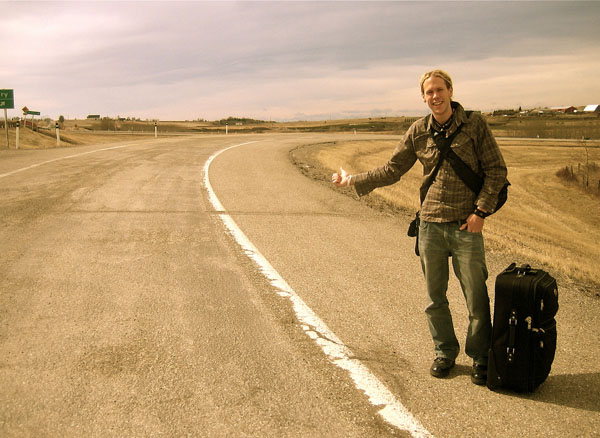 Hitching a ride to his next job / Photos by Ian Mackenzie

Sean Aiken, author of The One-Week Job Project, has been making himself a household name as of late.

IN CASE YOU’VE missed it, Sean’s been busy being featured in major news outlets like the Wall Street Journal and Time.com, and been on television shows such as the Rachael Ray Show and Canada AM. He’s come a long way since first coming up with the idea to try out 52 jobs over 52 weeks back in early 2007.

There’s been a lot of flack heaped onto Generation Y, but if they can adopt him as their spokesman, he’s bound to cast them in a whole different light.

[Sean] I’m doing great, thanks for asking! Currently I’m speaking at high schools, colleges, and companies, sharing my experience and what I learned in making the transition from school into the big bad scary world.

2. OWJ seems to have grown exponentially from your “simple” idea of doing something different every week for a year: the book, the documentary, the presentations, the program. How much of this did you anticipate when you started out? Was any of it calculated? Or are you just taking things as they come? 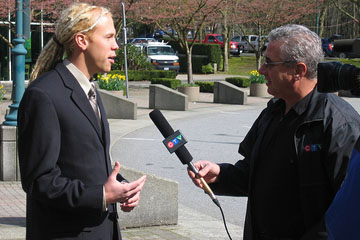 [Sean] I didn’t anticipate much. During the project I was sharing my experience through the website, but it was difficult to take the time to reflect on the experience — what I was learning — and then communicate that with others through the blog.

Early on I thought it would be great to do this through writing a book, but I had no idea things would continue to develop as they have.

I also thought, wouldn’t it be cool if we could document this, and also if others were able to have a similar experience — the documentary and program came from this thinking.

3. On the One Week Job website, it says “Sean realized he hadn’t started on his own journey. He’d started a movement.” Any idea where this movement is headed?

[Sean]  As the project continued to develop and more people became aware of what I was doing, I felt that it had become much bigger than myself. It was really amazing to hear from people who were inspired to make changes in their lives simply by hearing about my story. It’s as if there’s a shared sentiment bubbling under the surface and the one-week job project is just one of many things helping to shape this movement and put a voice to it.

I believe we’re all seeking the same thing: happiness. As we spend much of our lives at work, the importance of finding a meaningful career plays a huge role in this search. To me, the movement represents more and more people refusing to accept the old paradigm of “work” — that work is not something we’re supposed to enjoy — and are choosing to seek meaningful careers that match their skill set, that is in line with their passions and values, and ultimately that allows them to make a positive contribution to society.

Although perhaps I’m too idealistic.

[Sean] I believe our careers are merely one vehicle to fulfill our passions. I’m passionate about the OWJ project, but I don’t think it’s possible to say any one career is our passion. My passion is fulfilled by what the OWJ project allows me to do: explore, share, help others, and feel good that what I’m doing matters.

5. Finally, I just had to know: In your job as Association Executive (Week 50) in Austin, Texas, you say that your boss, Beth, is “not only the president, she was a member too.” When I read that, I immediately thought of those Hair Club for Men commercials where he says, “I’m not only the president, I’m also a member.” Was this a conscious reference? Or is pop culture just that pervasive?

Check out a review of the book, The One Week Job Project. The project was also documented on film. Ian Mackenzie is busy putting the final project together, but for a sneak preview of what you can expect, check out this trailer: