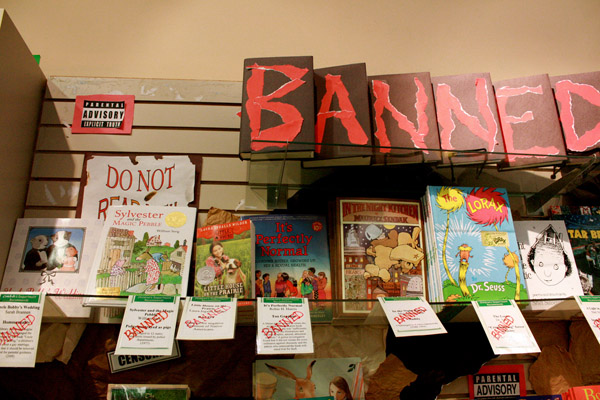 Photo by mind on fire
Are some subjects simply too volatile for public consumption?

The other day, I came across a list of fourteen downloadable files of books that have been made illegal or banned.

“Banned books?” I thought to myself. “Feh.” I generally look skeptically whenever I hear something has been banned because experience has shown me when someone says a book shouldn’t be read it’s an attempt at censorship and not because there is truly something harmful in the book.

And really, how can a book be harmful?

A quick scan through a list of banned books through the ages only confirms my initial feeling.

Do you see a pattern here? People and political bodies excise literature and art that conflicts with their world view. As world view shifts, as it inevitably does, the list of censored and outlawed materials changes too. While truth may be a difficult entity to determine, when a government or other body seeks to limit and thus carefully construct the information their citizens receive, propaganda overtakes our vision of reality.

George Orwell’s novel 1984 — banned by Joseph Stalin in 1950 — vividly portrays the type of world created by just this type of censorship.

It Begins By Indoctrinating the Children

According to the American Library Association, parents challenge books more often than any other group under the guise of protecting their children. I’m so proud! “Anti-family,” I believe is the doublespeak term used to justify these actions.

Ironically, when a government wants to censor the actions of its people, they first indoctrinate children in the ways of “correct thinking” and those children then spy on their parents. Refer back to Orwell’s 1984 to see how this happens.

But are there some books that shouldn’t be open for public consumption?

Last week, I would have said no. All books should be open and readily available to those who want to read them.

Of course, I get that certain books contain materials that aren’t appropriate for younger children – be that with sexually explicit or violent content – but you don’t protect children by simply removing the offending material from public consumption.

Should Simply Reading About Illegal Subjects Be Outlawed? 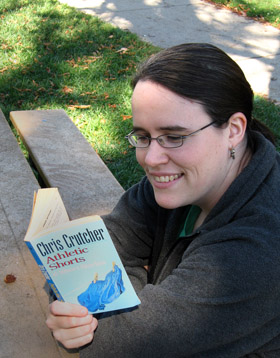 This list includes a Beginner’s Guide To Growing Marijuana and another on How-to Grow Psychedelic Mushrooms. Fine, I understand they might be banned because they encourage and teach people to cultivate illegal crops, but those are plants, right? How much harm can they really do and how many mushrooms will the average person grow? That and whether or not these crops should even be illegal is a topic worthy of another article in itself.

Then I come across a book with 100 Ways To Disappear and Live Free. Or the secrets of manufacturing methamphetamines by Uncle Fester.

All of these are already available for sale or even free over the internet. While my Amazon search for Justin Gombos’ Fooling the Bladder Cops only lead me to a small selection of deluxe hydration bladders, Yahoo brought me right to what I wanted to read.

That’s when my initial resolve begins to waver.

While many of us might find it a great party trick to pick a lock or help a friend set up grow lights in an empty closet, the bottom line is these books help train you to commit crimes or learn to get away with them.

Do you really want someone at the wheel of your flight or train ride having tricked a urine test?

While many of us might find it a great party trick to pick a lock or help a friend set up grow lights in an empty closet, the bottom line is these books help train you to commit crimes or learn to get away with them.

How many of those people living free and clear off the grid are law abiding citizens who mean and do no harm but simply want to be alone. (If my experiences living on a tiny island off the coast of Panama is any indication, that number is extremely small.)

Some other titles to consider:

Is Information Dangerous In Itself?

When I originally found this list of books, my thought was to publish the titles as a list of interesting banned and illegal books with quotes and links to them, but then I had a second thought. After all, there’s plenty of information to suggest these books are indeed dangerous.

Do you agree with our decision?

Is our responsibility to maintain an honest press and thus open paths to information that could be dangerous? Or should we take on the role of protecting people from potential harm?

The Japanese folk art of sashiko mending is a stunning answer to our modern woes 7 ancient ruins in the UK beyond Stonehenge What the Finnish concept of sisu, or inner strength, can teach us On Japan’s Seto Islands, the art is fun, modern, outdoors, and everywhere 30 awesome Japanese idioms we should start using in English