Ever thought about how cool it would be to see a movie focused entirely on babies? Me neither, but someone else did. 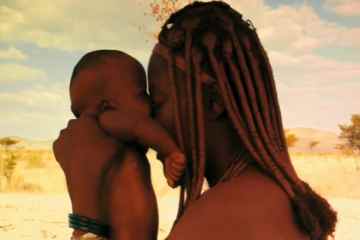 Directed by Thomas Balmes and based on an idea by Alain Chabat, the documentary follows four babies in four different countries throughout their earliest stages of life.

The stars of the show are: Ponijao who lives near Opuwo, Namibia; Bayarjargal who lives near Bayanchandmani, Mongolia; Mari in Tokyo, Japan; and Hattie in San Francisco, USA.

Their stories are set against four extremely diverse backdrops, ranging from dusty huts to city skyscrapers, but they all have a few things in common — they’re all just setting out on their life journeys, they have loving parents, and gosh darned they’re adorable.

It’ll be interesting to see how Balmes interweaves the babies’ lives with a working story line involving dirty diapers, breast feeding and temper tantrums. But I think one of the most interesting aspects of this documentary will be looking at how we’re born into the world as fresh slates, clean and impressionable and filled with laughter.

We could all learn a thing or two from babies.

Check out the acting skills on the first two babies, they play up the camera better than Paris Hilton, wouldn’t you agree? I can nearly hear my biological clock ticking.

What we lose when food shows are celebrity focused

TV medical dramas are donating their supplies to hospitals