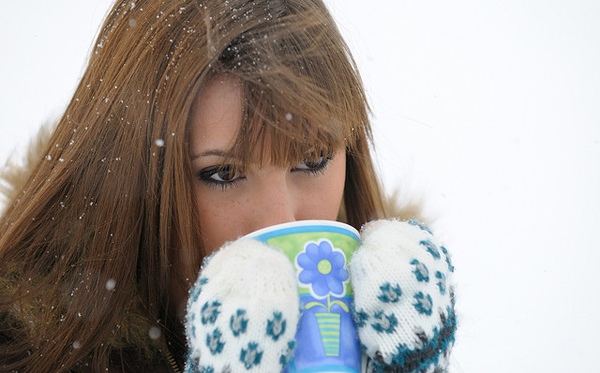 If it’s winter in your hemisphere, looking for different warm drinks to keep you toasty is high on the agenda. Below are 10 more hot beverages you can drink to keep you warm from morning to night, and some you might drink while giving your four-season tent a tryout in the winter months.

Canelazo is a warm, spiced water that’s been boiled with a dark brown cane sugar called panela, together with cinnamon sticks, sometimes cloves, and in Ecuador, juice of the naranjilla a tropical orange-like fruit with a taste somewhere in the neighborhood of mint and pineapple. 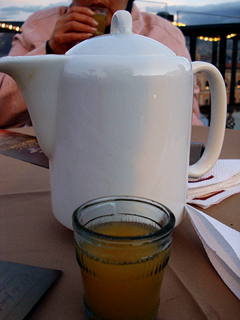 The sweetened, heated liquid is mixed with a hefty dose of aguardiente, a cane sugar alcohol (which is not boiled). Although you could, theoretically, get drunk on it, it’s generally served in small glasses and more to keep you warm than make you start believing you can sing pasillo (considered the national style of music in Ecuador).

Sungnyung is a traditional Korean tisane (tea-like drink) which has been traced back to the Goryeo period (918 to 1392 AD). It is made by pouring hot water over the parched layer of rice that forms at the bottom of pot or kettle when you let all the water boil out.

You can also make a version by toasting rice in a dry pan until it browns and smells nutty, and brewing it with hot water for about ten minutes. Its taste is reminiscent of toast, and makes a refreshing non-caffeinated end to a meal. 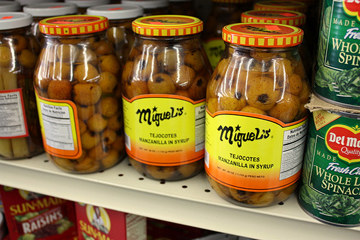 This is a hot, alcohol optional fruit punch prepared in a giant pot or cauldron, and ideally kept on hand for visitors at Christmastime. While every family has their own variation, it generally contains large quantities of fresh fruit, including the difficult-to-find outside of Mexico sweet and acidic tejocote (you can find them cooked and jarred in some Latin American grocery stores), walnuts, raisins, and piloncillo (solid cane sugar).

It’s simmered for at least a half an hour, and ladled (including the fruit) into cups for guests, who may choose to finish it off with some rum or brandy.

I didn’t know about hot tang (or Kool Aid, or whatever you have on hand) until after a long, hard hike against a fierce headwind in Torres del Paine National Park in Chile.

I arrived at the campsite with some new hiking buddies, and they immediately fired up the stove to boil some water and added a flourescent green powder into the mix. I can’t say your doctor recommends it, but if you need something to warm you up, sipping bilious green (or pink) “juice” from your tin camping cup probably isn’t the worst thing that will happen over the course of a long camping trip.

Research reveals that in some places in the US, it is mixed with brewed tea for a caffeinated kick. There is no evidence to suggest that the astronauts drank their Tang at anything higher than room temperature.

Colada, a term you may associate with the frothy pineappley beach drink served in its sexy glass, has no alcohol in it. The drink is essentially a very thin, drinkable oatmeal. 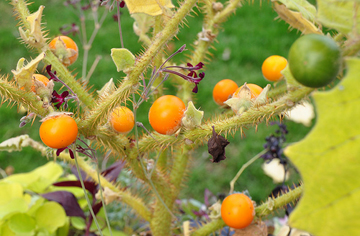 You first soak the dry oats for about ten minutes, and later boil them with a large quantity of water and the fruit of your choice (in Ecuador it’s the naranjilla again), mix in some sugar and a tiny pinch of salt, and send it for a spin through the blender. It is strained before drinking (thus the name colada, where colar means to strain).

What results is a warm, creamy, almost milky drink that stands in for a cool-morning breakfast or after school snack in the Ecuadorian highlands. On warmer days it is also drunk cold. Ecuadorean woman’s tale of colada and find her recipe on Laylita.com.

This is a warm, sweet, thickened drink, about the consistency of honey, made of water and kudzu (sometimes mistranslated as arrowroot) powder. It is drunk as a dessert in winter months, and can be made from scratch or with mixes sold in flavors such as ginger, green tea, and black sugar.

Sometimes it comes in pressed tablets with flowers embossed on top, and the tea is said to help with stuffy noses and sore throats. 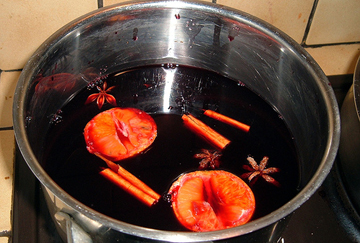 In many parts of the world, people make a mulled wine with cinnamon, cloves and orange slices simmered in wine. In Chile it’s called navegado, and we carmelize the sugar in the bottom of the pan before adding the wine.

The warm cup in your hands plus the rising aromatic steam are all part of wintertime for adults. The trick is to add the orange slices late in the game so the rinds don’t have time to release their bitter oil. 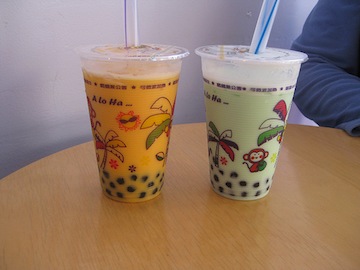 Boba is a (usually) milky, sweetened drink with blueberry-sized black tapioca balls lining the bottom of the cup, which are slurped up through a diagonally-cut monster straw.

Flavors include various types of tea, as well as almond and purple yam. It can be drunk cold in the summer, but is also served warm in the winter. It is filling, and the tapioca balls are chewed before swallowing.

Tim Tam Slams are not technically a hot drink so much as they are a snack and drink in one.

First, you must procure some Tim Tams, which are an Australian sandwich cookie also available in New Zealand and Canada (and sometimes the US and Hong Kong). You nibble off two corners of the cookie on the diagonal, and dip one corner into the hot drink of your choice (tea, coffee), slurping up a bit of the drink through the cookie and then popping the (now melty) cookie into your mouth.

If my experience is any indication, it takes some practice to get it down. It is rumored that you can try this with non TimTam cookies, and theoretically, anything sandwich cookie coated in chocolate could work, but Tim Tam devotees shirk anything other than the original.

Either to accompany the meal, or served afterwards as a digestive in many parts of the world, people drink hot water. In Chile it’s considered an herbal tea without the herbs, something an elderly female family member might request. In East Asia, it’s served beside the meal instead of tea.

Learn more about hot drinks with Tea Cultures Around the World.

Or learn to make your own hot drinks with the International Guide for Making Hot Drinks.