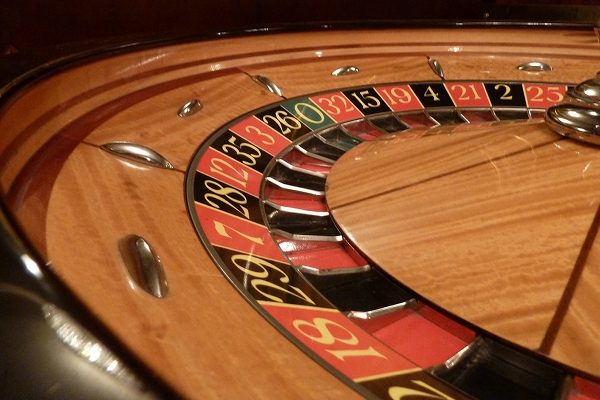 I beat the house my first time in Vegas at a craps table in the MGM Grand. I walked away a full $15 richer than when I started (I’m not exactly a high roller). And it felt good to win – being able to snatch up some of the money flooding in and out of the casino.

However, I was in the minority; invariably, the money flows from the gambler’s wallets and into the casino: the house always wins. If it didn’t, casinos wouldn’t be around. But the lure of quick and easy cash can be strong, even knowing the odds are against you. Some hope to cash in with luck, some look to bypass the odds altogether.

And while casinos spend hundreds of thousands on high tech systems, cameras and full time staff to ferret out those that would try to game the system, there will always be people innovative and sneaky enough to craft a work-around, win big (or steal big) and get out. 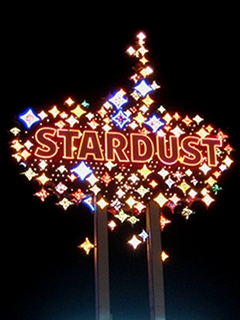 September 1992, Bill Brennan, a cashier at the Stardust in Las Vegas, went on his lunch break with a bag full of $500,00 in casino chips and cash over his shoulder. He was on the FBI’s Most Wanted List, featured on the TV show America’s Most Wanted, but he’s never been caught. (Casinos Las Vegas)

To me, this seems the most elegant because of its simplicity. This is “take this job and shove it” with a little extra. You’ve got to wonder if he saw an opportunity and ran with it or if he did everything, down to applying for the job, with his self-assigned severance package in mind.

In 2004, the Ritz Casino in London lost £1.3 million in two days to three people, a laser, and a roulette wheel. Laser scanners inside cell phones were linked to a remote computer, and they were used to see how fast the wheel was going to be able to predict what number it would land on.

While the three people involved were arrested, the case closed with a judge ruling that nothing illegal had been done, and the gamblers got to keep the money. (BBC News) I’m not quite sure what loophole this fell through in terms of legality.

In the 1970s, two physics graduate students from the University of California Santa Cruz made 144% returns at the roulette wheel with their computerized shoes. One player would disrupt the roulette wheel with his shoe/computer, and the other player would receive electronic signals from the one he was wearing to determine how to bet. They made thousands over several months before they were caught; they also received some pretty powerful shocks, enough to burn their shoes and socks at times. (Reporter Mag)

Cash is delivered in heavily armored cars. Heather Tallchief drove away with one. Parked in front of Circus Circus casino in Las Vegas in October 1993, the armored car had $2.5 million inside; Tallchief had been working as an armored car driver for less than 6 weeks at the time.

She blames her manipulative boyfriend, Roberto Solis, for the planning of the job. After 12 years on the run, she turned herself in and is serving 5 years in jail. She has the dubious distinction of being one of the few women ever on the F.B.I. Most Wanted List. Solis, who took nearly all the cash and left shortly after Tallchief had his baby, is still uncaught. (LA Times) So basically, she paid over $2 million to her baby daddy to be a single mother in prison. 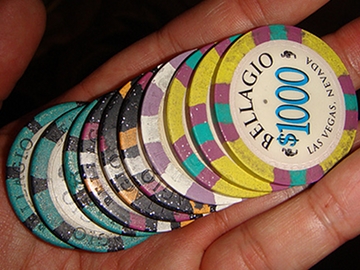 During the ’90s, a team of MIT students worked together counting cards at blackjack tables in Vegas and made millions. It was a coordinated effort involving spotters signaling the best times for roving high rollers.

Ben Mezrich wrote about the team in his book Bringing Down the House: The Inside Story of Six M.I.T. Students Who Took Vegas for Millions, which was then made into the movie 21. The scheme fell apart when some team members sold out by giving information to the Griffin Agency, who compiles a book of pictures and information on card-counters. If you’re in the book, you’re not allowed to place any bets at any casinos. (The Tech)

Technically counting cards isn’t illegal, but casinos have the right to throw people out at their discretion. It hardly seems fair when you think of the parade of suckers getting taken for millions every year. Whatever happens in Vegas stays in Vegas, including your retirement fund if you’re gullible enough to lose it. But it’s their game their rules.

Three Londoners hit up six casinos and made at least £200,000 at poker with a scam involving spy equipment. One player had a miniature camera up his sleeve to film the cards as they were dealt, the images were related to someone in a van outside. The film was watched in slow motion to determine who had what card, and then the information was delivered by tiny earpiece to the third player, who would bet accordingly.

Unlike the laser scammers, these three were not just caught, but convicted and sentenced to prison under for “cheating at play” under the 1846 Gaming Act(Daily Mail). So somewhere in the London legal system, lasers are OK but cameras are not.

$1.5 Million Worth of Nothing

A gunman wearing a motorcycle helmet walked into the Bellagio in Las Vegas in December 2010 and left with $1.5 million worth of chips and rode off on his motorcycle. But he didn’t necessarily become an overnight millionaire. Casinos have tracking devices on high value chips, and if he tried to cash them in, he’d be caught. (LA Times).

The thief was Anthony Carleo, son of a Las Vegas judge. Instead of keeping a low profile, he bragged about it to his buddies, and eventually emailed a stranger a photo of two $25,000 Bellagio chips on top of a note signed “Biker Bandit” in an effort to sell off some of the stash. (Statesman)

Fun in the gambling town of Las Vegas that doesn’t involve the gaming tables: 7 Things to Do in Vegas BESIDES Gamble. Or about some free online gambling? Check out Free Slots Planet. For thieves of all kinds, The Mind of a Thief: How to Protect Yourself While Traveling.

The 9 best roller coasters and thrill rides in Las Vegas

7 cultured experiences to have in Las Vegas

The 11 most photo-worthy spots in Vegas off the Strip