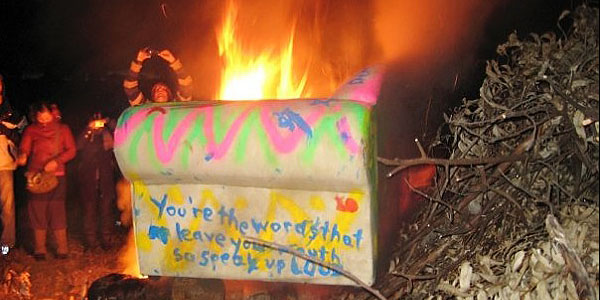 All photos and video courtesy of COLD_ERIN

Burning Man is one of the most popular festivals in the world. Burning Couch tries to tap into the magic.

Not that Burning Couch is a reflection of Burning Man, but the inspiration for this unique CouchSurfing event is clear. On June 20th at 19:04, on the winter’s solstice (which the organizers point out “falls again on the shortest day this year”), couch surfers will convene on a remote piece of land in Victoria, Australia for 24 hours, reveling in all that couch surfers the world over stand for. 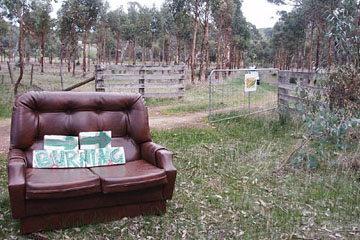 I met up with one of the creators of Burning Couch, Erin, at a cafe in St. Kilda. She goes by the handle of COLD_ERIN on the CouchSurfing website, although this name doesn’t reflect her personality at all. She brought along her boyfriend Alisdair, who is also a CouchSurfing member. The three of us shot the breeze, comfortably learning a bit about each other, as you do.

Not only is Erin one of the brainchilds of Burning Couch (she thought this beauty up with a friend, fellow CouchSurfing member Craig), but she is also the grand host; the property in rural Victoria where the event is taking place belongs to her parents and is where she grew up.

She tells me a little about last year’s event: About 40 people attended by her count, although the number may be considerably higher. She admits many people arrived in the dark so it was hard to see. Even though it drizzled on them most of the time, it was still a big success and Erin thinks it will be no different this year.

The reason behind it all

The CouchSurfing group for the event says it all — manifest courtesy of Craig. Here are some excerpts for your reading pleasure:

Burning Couch is because throughout history, pre-history and even the bit before that, the ancient Hosts burned unworthy couches to encourage contact with benign spirits and their good references surfing the ether to seek a temporary shelter or home (three day stay max, no pets).

It also tells the history of couch surfing in the Southern Hemisphere and why Northern Hemispherians make their way to Australia frequently:

Indeed the word itself is derived from an early type of ancient wooden couch. ‘Hemi’, meaning half, and ‘Sphere’ referring [to] the circular aspect of a log, and ‘Southern’ meaning to lie on or with the bottom part (rather than using the very heavy and possibly fatal top part).

So Southern Hemisphere literally means ‘to lie on the bottom half of a log’…And as the term ‘Northern Hemisphere’ itself indicates they got the wrong bit of log.

And the focus of Burning Couch?

Burning Couch does not have a single focus or even as yet a single couch. Burning Couch will be subject to participants involvement and include community, artwork, absurdity, decommodification, revelry and several other long words downloaded from the net. 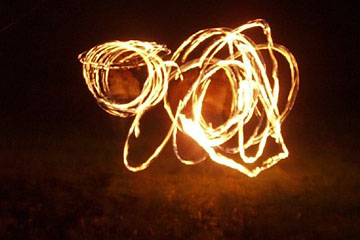 Since the time of that writing, though, sacrificial couches have volunteered themselves to go up in flame and bring good fortune to all the couch surfers (and hosts) of the world.

If you’re a couch surfer, or friends with a couch surfer and, more importantly, abide by the creeds and mottos of the couch surfer — that is, respect, open mind, good will, honesty, and tolerance, among others — you are welcome to partake in the festivities.

But if you like to cause trouble, break glass, damage trees, pee in dams, harm animals, and tell racist and sexist jokes, then please…stay at home.

If you can’t make it to Australia but are planning on attending Burning Man, make sure to read the following articles:

The First-Timer’s Guide to Participating at Burning Man

13 of the Coolest Art Installations at Burning Man

Couch surfers are encouraged to read 10 Ways to Improve Your Couchsurfing Odds.

Tagged
Events
What did you think of this story?
Meh
Good
Awesome

Storming the skate park on a scooter [VID]