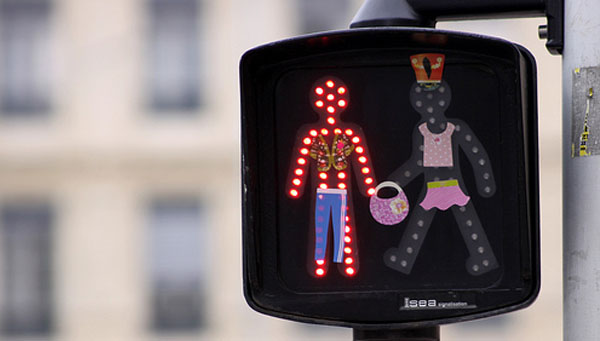 Some thugs out for a night on the town in Swansea, Wales got more than they bargained for when they picked on some transexuals.

The two bullies had been caught on tape assaulting several less ornately dressed men before they got their comeuppance at the hands of some well-muscled guys in miniskirts. As handily as it would have occurred in a John Waters movie, the two assailants were laid out on the sidewalk, one of them kicked a couple times for good measure.

It’s at about a minute in when the two trouble makers spot who they believe will be their next victims.

The ass-kicking was handled so proficiently that The Sun speculates the high-heeled-heros were cage fighters en route from a costume party, though the bad-asses in question who stopped the two drunkards from further menacing passers-by that evening were never traced. You can view the video with The Sun‘s commentary at the page.

While The Sun may not know it, those who cross-dress publicly are tougher than your average person. They have to be. Though the mystery girls will likely never be identified, I raise a glass to these heroes of the night and ask, “Wouldn’t it be great if every city had a marauding band of transexuals to defend its citizenry from drunken menaces?”