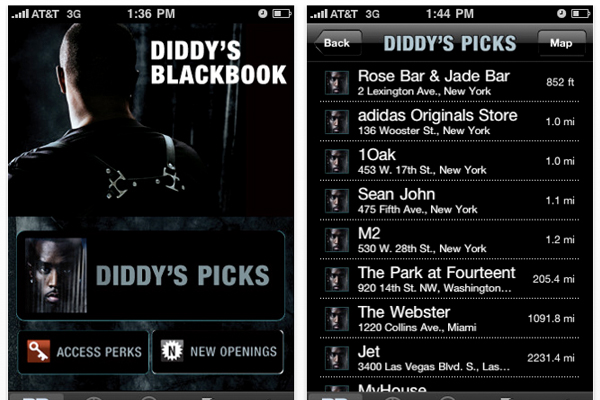 While Diddy’s BlackBook is free from iTunes App Store, it is likely to be the only thing that is. The iPhone app is a pairing of Diddy and BlackBook to bring you the best in clubs, bars, dining, hotels and shopping in fifty cities worldwide along with reviews written by either the people at BlackBook or P Diddy’s personal assistant. Want to know where you can blow $50 on a martini in any major metropolis? Wonder no further. 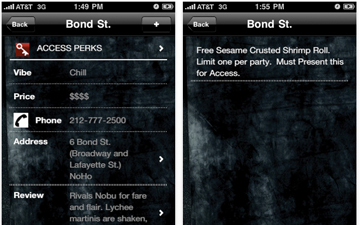 One reviewer on the iTunes page says it was totally worth the $0 that he paid for it while another called it useless, citing the fact that the 50 featured cities are hundreds of miles from any location he’s likely to be.

Still, if you’re interested in finding out where Sean Combs hangs out (or is at least willing to say he does to add clout to BlackBook’s reputation while likely being paid and surely garnering advertising for his varied endeavors, such as the Sean John store), you’ve got nothing to lose except your sense of contentment and pride as you realize that the majority of recommendations far exceed the scope of your budget.

As one incredibly wealthy and naive fan or BlackBook lackey puts it in his review, “Now I can party where Diddy parties, eat where Diddy eats, travel where he travels.”

There seem to be discounts and incentives to visit the featured locations which are used like a coupon shown on the screen of your iPhone. There are more BlackBook iPhone apps available as well and while the suggestions may be worthwhile and in fact a new way of seeing a city, to believe that the stores and businesses being advertised aren’t lining the pockets of BlackBook or its featured celebrities would probably be a little soft headed.

This seems to be a new form of advertising along similar lines to product placement in movies, with the difference that the audience is made up of volunteers. Perhaps with the discounts and special offers it’s a mixture between pretending you’re a rock star and the Entertainment coupons your grandma humiliates you with by presenting them before the meal. All I can say is that while it may be hip, it also strikes me as slightly tragic.