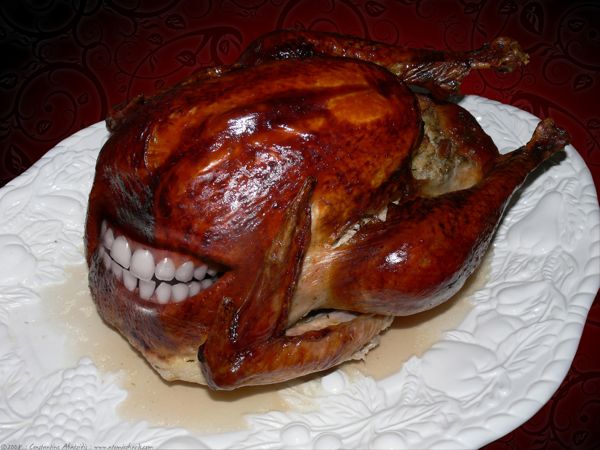 Of all the reasons to leave America, Thanksgiving dinner wouldn’t be one of them. For those expatriates longing for a traditional turkey dinner and a nap that’s sure to follow, here is a small list of restaurants serving Thanksgiving dinner outside the USA.

Open since 1911, Harry’s is an institution in Paris. Word on the street is that they make a heck of a Bloody Mary.

What to expect: A hearty brunch of pumpkin soup, rotisserie turkey in bourbon, coleslaw, yams, cranberries, pecan pie, etc. California wine is also served. Tables must be held with a deposit of €48 (about $71). 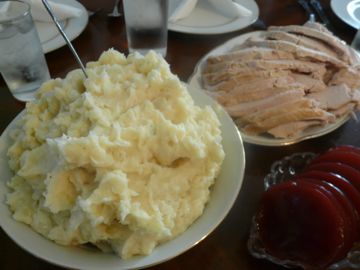 T.Y. Harbor is a restaurant and brewery on the Tokyo waterfront. They cook up primarily American cuisine and brew their own beer.

What to expect: Roast turkey with stuffing, corn chowder and all the fixings, plus pumpkin tart for dessert. ¥ 4000 (about $45)

Bodean’s is known for their ribs and BBQ. Owner Andre Blais wanted to bring a restaurant to London that felt like Kansas City. 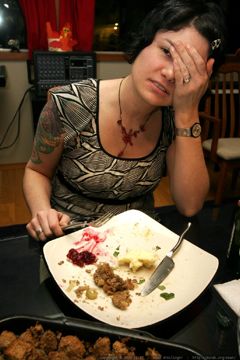 Highly rated all over the web, Kansas is another restaurant looking to bring the feel of Kansas to another country. Why? Who knows.

What to expect: Turkey, stuffing, cranberries, vegetables and pecan pie for 58 pesos (about $15).

The Orchard is said to be a garden paradise right in the middle of a growing part of Beijing. The restaurant is known for its healthy cuisine and using ingredients grown in its garden.

What to expect: Roasted turkey, stuffing and all classic trimmings for 220 rmb (about $32). 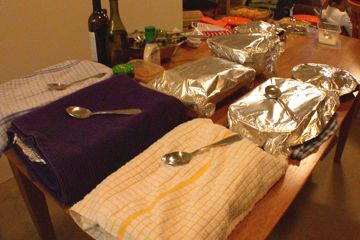 Bourbon Street is an American owned and operated Cajun/Creole styled restaurant. Expats give it rave reviews on the comfort food tip.

What to expect: A Thanksgiving buffet serving anything you could crave for 899 baht (about $27).

Known for its pub style food, Malone’s is your typical sports bar (except it’s located in China).

What to expect: Large Thanksgiving dinner for 300 rmb (about $43) per person.

Do you have insider tips about the best Thanksgiving dinners around the world? Feel free to share them in the comments, although we’d appreciate it if you don’t explain what a giblet is.

Looking to flip the bird recipe this Thanksgiving? Be sure to check out our Five New Turkey Recipes at MatadorLife.