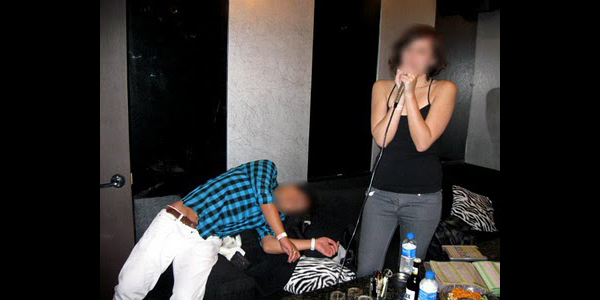 One of the biggest reasons I stay anonymous is because, simply put, I don’t want Korea to screw me over.

Call me paranoid, but Korea is pretty heavy into internet censorship and has a history of taking physical action when upset about something somebody on the internet is doing.

My humble e-roots lying in the depths of 4chan.org (and a certain image board which I will not discuss directly, due to rules 1 and 2 of the internet), I am very much against censorship of practically any form, and figure the best way to pretty much get away with doing whatever I want is to just not be associated with the site publicly at all.

Digitally, of course, I’m sure the hammer could be brought down on me if it really came down to that, but only for location, and I highly doubt I’ll get raided and arrested for owning the site, but who knows. Koreans in general are very nationalistic and hyper-sensitive to any kind of criticism of their country, so if a big enough outcry were made, I have no idea what they’d do.

Which brings me to another reason I stay anonymous, and that has revolved around a lot of threats of the legal, physical, and death persuasion. Most of these I don’t worry about, because it’s the internet and it’s a lot easier to threaten murder than actually go through with it.

One girl last winter transcended the borders of normalcy. She originally submitted a photo, then asked for it to be taken down because her Korean boyfriend got really upset. I did because it was her photo and she asked nicely, and thought that was the end of it. Three weeks later she somehow found out I was the owner, found me on Facebook, found my mother (who at the time was listed as a family connection, open to friends of friends), and sent her a long-winded message about how amoral the site I was running was, along with an appeal to give me a stern reprimand and make me take the site down.

I’m 26 years old. The ridiculousness of the gall to do such a thing aside, I pretty much don’t give a shit what my parents think about a website I run in my free time. It’s not like I’m posting child porn here. After a lot of internet research on this girl and a swift email in which I brought up the possibility of posting all her information as well as the story on the site if she didn’t lay off, I haven’t heard from her since. Good riddance. After that, I kept quiet a lot about the site and went completely anonymous.

All in all, anonymity is a great idea if you’re posting controversial content. I don’t really think having the extra attention would do me a lot of good in public anyway, although it does kind of suck when you are out drinking and happen upon a blacked-out person, and hear somebody say, “DUDE!!! BLACK OUT KOREA! TAKE A PICTURE!” (and this has happened a number of times) and you can’t say anything about it.

That being said, it’s also a pretty awesome feeling knowing you’ve created something that a lot of people can relate to and think is funny enough to reference in public. As long as my readers are having fun, so am I.

You can connect with Black Out Korea on Facebook and receive updates when there’s a new post.

Thinking about travel to Korea? Kate Holmes’ piece Tales From The Frontier Of Expat Life: Tension In South Korea takes us further into the expat experience.

How To Get A Job Teaching English In Korea can get you started if you’re giving it some thought.

Prev Page
Tagged
Interviews
What did you think of this story?
Meh
Good
Awesome