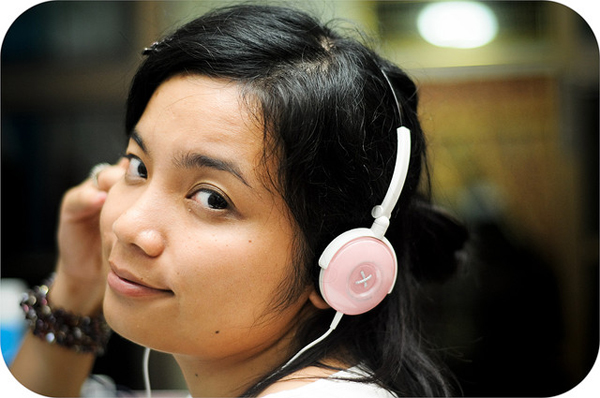 On its homepage, Mixcloud highlights several hip categories including dubstep/bass, reggae dancehall, mix series, world, and funk/soul. On the category page, they also have several talk options including culture, education, and comedy.

They pull selected content from users and podcasts, making it easy to find what you want if what you want falls into their categories.

I choose their top rated mix by Mr. Critical called Funky Coffee. A neat little window pops up, telling me everything I’ll be hearing, and the only thing that hurts my feelings a little is getting wrenched out of Aretha-land into RunDMC-land, though I have to say I enjoy the transition. If you’re all about mixes and don’t mind songus interruptus, this is the mix for you. Otherwise, you might want to go deeper in your search.

This seems like a pretty fun site for music exploration. If you don’t know your shit, you might get confused about who you’re listening to as the playlists don’t highlight the current song.

I was excited to click “Comedy” and be presented with a list of podcasts, though it was pretty spare and missing every single one of my faves. Nice to know, though.

Pick a mood and this site mirrors it for you musically. When I choose “working” as my mood, I’m served up a heaping helping of smazz (AKA smooth jazz) called “The Whitest Boy Alive” that makes my movie popcorn threaten to make a reappearance, with the lyric, “Freedom is a possibility only if you’re able to say no.” I guess this one’s helping me realize, I’m as free as it gets. Skip. 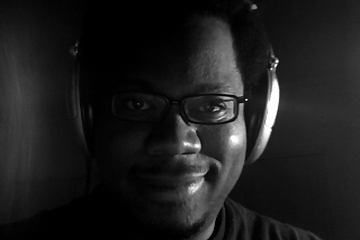 Next is a noir piano version of “Where is my Mind,” something I’m pretty sure could have gone without hearing for the rest of my life. This is not the site for me, but that doesn’t make it horrible. I’m as likely to listen to The Beastie Boys when I’m depressed as I am to listen to Joni Mitchell when I’m ecstatic. The grass is always greener…

Choosing “female” as a mood gave me something that sounded like a tampon commercial. If you know this, you’ll probably get what you expect and that might be a good thing. “Gloria” by Patti Smith was 14 on the list, so it can’t be all bad. When I randomly selected a song by Fuckarias the site started to hang and I had to hang it up.

Says Matador editor at large Eileen Smith: In Chile alot of my friends (and I) use Jango. You tell it who you want to listen to, and they give you one song by that artist, and then a bunch more that they think are similar. I give them Jack Johnson, they give me Donavan Frankenreiter and G Love. It usually works out. You can create a profile and yay or nay people and songs, but I use it at a very beginner level (you don’t have to register).

They’re a little lame on the Latin music, anything in Spanish will get you Juanes, for example, and they don’t have every even semi-major artist. But I like it because I can be someone different every time I log in, by using a different starting musician. But what they think is similar I might not. For example I like some Missy Elliot, but that doesn’t mean I want to hear every n-word misogynistic piece of rap out there. As a consequence, if I want some Missy Elliot and don’t have it on hand, I go to the old standby, YouTube.

Spotify is available in Finland, France, Norway, the Netherlands, Spain, Sweden, and the United Kingdom. Lifehacker.com thinks it’s the best ever.

Here’s what Matador Goods editor Lola Akinmade has to say about her experience with spotify:

– Download and installation of the Spotify client was pretty easy and straightforward.

– Relatively-smooth to navigate interface, reminds me of Windows Media Player and to start off, I clicked “Start playing library” and it started importing/referencing all my existing music libraries on disk. This was a little confusing at first because when I think “free music listening platform,” I immediately think of streaming radio (aka, “free music”) as opposed to a free player I can download to listen to my music. Make sense?

– That said, sharing music legally with friends is always fun and accessing their playlists seems quite voyeuristic.”Ha! so that’s what they’re currently digging music-wise?!”

MP3.com seems to have quite a wide selection. When I choose “International,” there are at least 6 artists with the first name Alejandro, which seems to bode well for Latin music.

I choose African Head Charge, not because I’m cool, but because I’ve edited Paul Sullivan‘s articles enough to recognize something that is. MP3.com gives me three records to choose from, I choose Sankofa, and that’s where my little adventure ends, because I’m told there are no streams found.

When I choose Daddy Yankee, though (which is something I would only do for the sake of pseudo-journalism) four songs come up to stream free. I’m not clear, but it seems to me they list a lot more than they offer, and for those with eclectic tastes, this is bound to be a letdown at the end of the rainbow.

Looks like you can sign up for free and add songs to your favorites, so you could build a tight little online source for some faves if you can find what you like here.

Punks won’t find much on MeeMix. Look what I get when I search Crass. 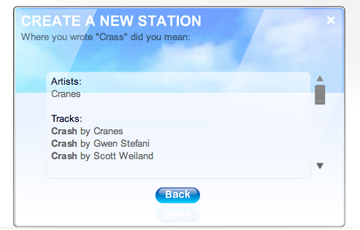 Genres include Rock/Pop, Alternative, Hip Hop/R&B, Metal, and Country/Folk. I choose metal and am directed to choose by decade starting in the ’70s. I choose ’80s and am given a slide between “soft” and “aggressive.”

What the hell? This is starting to annoy me. Let’s go for aggressive. I’m given “Prime Evil” by Venom. Next. “Bark at the Moon” by Ozzy. Next. “Master of Puppets” by Metallica, but this version is a live one with James Bond symphonics.

The site says it gets better at knowing you, but I don’t know that I’m gonna stick around and let that happen. Next. “Stand” by Kiss. See you later, MeeMix.

If you want to take a gamble, AmazingTunes might be the place for you. Their tagline is, “Listen for free to new and unsigned music…” I select their top pick for the day by a band called Rebel Soul Collective. Not bad, really. Until the guy starts to sing. Still, club dance with real instruments has something going for it.

If you want to get in on the ground floor with acts so you can say you were listening before they were cool, this might be a good place to go. Plus, when you tell your friends you were listening to Holy Mammoth, you’ll get the chance to say, “Oh, you don’t know who that is?”

I pick the category “experimental” and prepare to be amused. OK. Not my kind of experimental, but good enough to write some emails to. If you select the option “Play this page” you can get a stream of music you never heard before.

Who knew AOL was good for anything anymore? They seem to have a wide variety, but each time you open the player, you’ll have to listen to an ad. Ironically or no, when I open Sabor Cubano, I’m subjected to one by the US Army. Still, I enjoy the music when that’s over.

They offer oldies and country by decade, talk, comedy, jazz, metal, R&B and more, and they play without hanging and identify the song and artist in the player.

For those in search of something specific this might be for you. You’re not going to find playlists here, but you will find mixes put together that contain other stuff you like. If you click on a song you’re curious about, you can get an iTunes preview and often a YouTube video to check out the songs.

There are reviews here, too, so find a reviewer you like and you might run into new treasure. Personally, I didn’t run into anything I liked here, but if you’re into electronica, rave, house, or obscurities along those lines, you might find them here. When I searched for the genre “noise,” I got no hits. Make of that what you will (probably nothing, right?).

Shoutcast streams internet radio from all over. When I picked “folk,” I was given a wide array of options including “world folk” which yielded some interesting choices, including Roots Reggae, a Ghanian station, a Japanese station and an Indian station. Several clicks had music running instantly from a variety of sources. There are even 10 tango stations in the Latin category.

I also found a couple classic country stations, but then discovered that commercials are part of the equation here. Still, it’s free, and you can change the channel and skip the commercials.

Instantly on Deezer, I hear a lot of the flat, emotionless singing that’s been happening so much lately. You know the kind that sounds like a high, white guy singing in the shower, but a little afraid the neighbor might hear, so nothing fancy? I need to be fair. I’m going deeper…

There are other choices. One thing I like is that you can navigate the site and the playlist you choose keeps playing at the top of the page until you change it. They list three Top Webradios on the front page, one of which mentions Janelle Monáe.

OK. After 10 minutes, I still feel like I’m in a store where they’re selling overpriced, little, slick things and the salesgirl won’t look at me because I’m sweaty. I guess it’s just too cool for me, so I leave.

On iLike, the first thing I see is a Linkin Park banner. It’s only because I am here for you, gentle readers, that I stay. In a desperate attempt not to hate my Saturday night, I select punk. There is nothing here that surprises me and a lot of new radio stuff, which doesn’t qualify in my book. I don’t know, guys. On one hand, I’m happy to see the The Exploited. On the other, I can’t imagine how The Hives wound up here. Listen at your own risk.

Now that you’ve got all these resources, it’s time to delve into music. For new ideas about what to listen to, check out Matador Network’s focus page on music, or scan the Matador Nights archives for “music” for categories and to find out what people are listening to around the world.

Did we miss your favorite? We want to hear about it in the comments below!

Prev Page
Tagged
Music + Nightlife
What did you think of this story?
Meh
Good
Awesome

9 movies filmed in Hawaii that will make you want to travel there
The 50 greatest campfire songs of all time
Why does ‘yellow filter’ keep popping up in American movies?
21 drinking games you can play in any bar
10 horror movie locations you can visit in real life