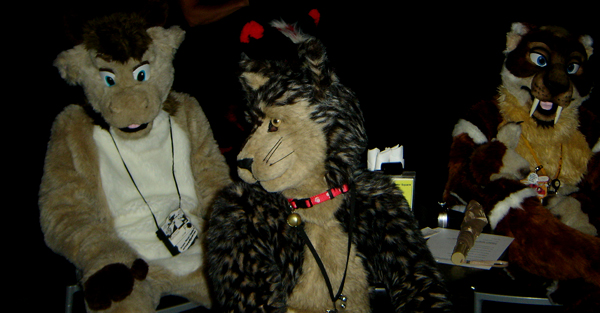 According to Reuters, guests have already begun to enjoy the creature comforts of the human sized hamster wheel and as many pellets as they can stuff down their gullets for the price of 99 Euros per night in the Hamster Hotel.

WHILE THIS MAY SEEM innocent enough, a warped mind can come up with a myriad of sadistic games that might be played out in a show of humiliating hamster play to say nothing of whether or not a Volkswagen sized replica of a rectum will be made available upon request for “Gere Style” suffocation play.

Ottawa Citizen reports that the hotel in Nantes, France is owned by Frederic Tabary and Yann Falquerho who run a company specializing in the rental of unusual locations. They quote Falquerho as saying, “The Hamster in the world of children is that little cuddly animal. Often, the adults who come here have wanted or did have hamsters when they were small.”

The article further states this comment was uttered from inside a hamster costume, and I have no doubt that our dear Yann has graduated far beyond the “world of children.” Or let’s at least pray that he has.

The truth is, now that the hamster’s out of the bag, furries on European vacations will surely be packing their best rodent costumes to spend a night in the Hamster Hotel. Cruel masters will be driving their slaves as fast as their dirty little paws can carry them on the wheel, and men who were once terrified little boys seeing their female pet eating her young before their very eyes can reenact the trauma as they are tortured in their hamster costumes.

Get ready to play pretend!

Can’t get enough weird stuff? Read about the 18 weirdest travel jobs worldwide, or Snake Massages & Bull Semen: World’s Weirdest Spas, and as always, we look forward to reading your comments below.

Lessons for building an ecocity culture