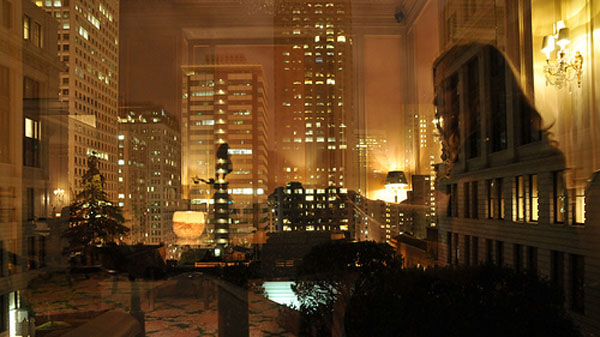 Inside the Ritz Carlton San Francisco where you can sample chef Ron Siegel’s Lincecum: Minette Layne

Rebecca Cathcart’s NY Times piece, “Marijuana Fuels a New Kitchen Culture,” is as all over the map as marijuana culture itself.

Drugs and alcohol are the fuel of the service industry. In high school, most of my stoner buddies were working in restaurants and as ‘experimentation’ became habit, high school diploma or not, most of them stayed in kitchens or serving tables, moving on to fine dining establishments as the years wore on. 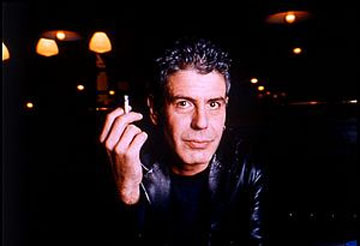 One thing didn’t change: the steady supply and use of drugs and alcohol that turns that pasted on smile worn while turning tables, or the grim look of concentration worn while coordinating 20 orders at the same time into a perma-grin at the end of the night as the staff go from serving to being served in bars.

Cathcart’s piece seems mainly to be based on a theory posited by Anthony Bourdain that the new wave in extra-satisfying, stimulating food, be it from a mobile taco cart or the Ritz Carton is the result of marijuana fueled inspiration and cravings.

While much credit seems to be given to pot here, little is given to the organic/slow food movements and their rebellion against the mass produced product readily available in every restaurant and grocery store.

No mention is made of a food culture that is forced to compete with our ever rising need for stimulation based on technology and the speed of our societies, or the need to vie for attention with scientifically developed food designed to keep us craving it that is readily available at fast food restaurants from the US to Thailand. 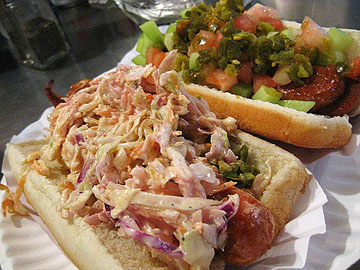 According to Bourdain, Crif Dog is an indication of a movement
afoot (long). jasonlam

While stoner chef Vinny Dotolo is quoted as saying, “I always call it the Big Mac effect,” going on to extol the virtues of the flavors and textures of the burger, and further, “It’s that thing where you’re trying to hit all the senses,” we read nothing of the consumer aspect of this phenomenon and the way it has shaped our tastes and desires as a culture.

I guess that’s not what the article is about, but it seems pertinent. Especially as we seem to be on the cusp of marijuana becoming another legal commodity.

Is it any wonder when we can get KFC’s Double Down (a lab developed “sandwich” that combines two chicken patties dunked in a chemical bath of batter gang banging some jack cheese and a hefty portion of bacon into submission and slathered in “Colonel’s Sauce”) for $5 in less than five minutes that chefs are developing dishes like the Lincecum? 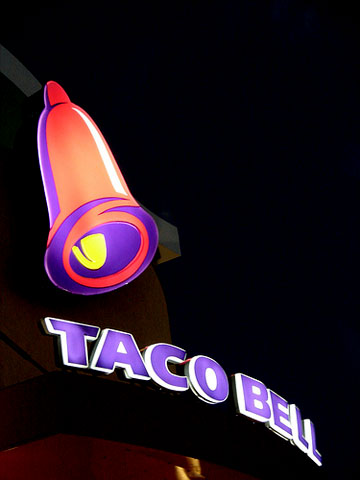 Really, I’m surprised that there are no combination spoon/remote controls and that a chef has yet to develop a four course meal with a big screen in surround sound, each course coordinated to be delivered during crucial plot points in classic movies (Sicilan with The Godfather, Mexican with Like Water for Chocolate) for a deeper experience. Should we just chalk it up to marijuana culture and leave it at that?

Increasing portion size may have less to do with kitchen culture’s shift from cocaine (which I’m sure is alive and well there as it ever was) to marijuana and more to do with our culture’s demands in a more global way.

If one thing will never change it’s that those who are in love with pot are likely to connect everything to it besides the fact that they can’t remember where they put their keys – and that includes trends in cuisine.

While there seems to be an emphasis on quality of ingredients and the cuisine in general, as parallels are drawn within the article to the gourmet-ification of coffee, food, liquor and even the marijuana itself, there is a way in which many of these dishes seem out of reach of the average person who will satisfy their munchies like any other kitchen scrub when we’ve spent our last $100 bill on that bag of weed – over at the Taco Bell.

Tagged
Cannabis
What did you think of this story?
Meh
Good
Awesome

8 animals that take hallucinogenic drugs and enjoy it

May 7, 2020 Matthew Meltzer
✖
travelstoke
Download the mobile app
stoked by