FOR SOME PEOPLE THERE’S NO REAL CHALLENGE to getting fucked up. They don’t have to divide themselves. They just flow with the rest of the hostel heading out that night to a club called the “The Dome” where there are foam cannons and glow sticks and cologne / sweat-drenched people packed balls-, tits-, and pits-deep dancing to LMFAO. They’re all in. They’ve already arranged that night’s Ingestibles.

Meanwhile, you know if you went you’d just end up feeling fake. You’d end up on the periphery, deconstructing and deriding the crowd / music selection, your little melancholy sidelong scans for other “observers” (of the opposite sex) making you just as much a cliché as everyone else.

What you need is some kind of excuse for being there. A journalistic mission. A paid assignment to be there photographing it, filming it. Researching. Then you could justify it somehow.

But this kind of self-actualization is still years away, unfortunately.

FOR NOW YOU’RE JUST TRAVELING. You’re young. You could almost use that as an excuse in itself, but yet you don’t feel “young.” You feel the same way you’ve always felt, like there’s the divided and undivided. Divided is what you mostly felt sitting in classes. It’s what you feel now overhearing people talk in the hostel kitchen about The Dome. It’s the quotient of how you feel divided by the societal landscapes available to navigate those feelings.

But then there’s the sudden undividedness. It occurs less as another emotion than a kind of visual, a micro-scene in a self-realizing movie. It appears sometimes when you’re surfing, or on the river, as lights suddenly illuminating the line through the rapid or the next place to hit on the wave face. And there it is again now: A scene of you leaving on a bus, tonight, departing the capital and getting back to the campo, the beach, alone.

And so you say chau to the crew. You add something about enjoying the “foamage.” And already you feel as if another, better movie is beginning to play, one that will overlap almost perfectly with the silhouette of Amazonian jungle highlands phasing through the window of an overnight bus to Montañita.

And this is actually the first stage for you, the psychological preparation for truly getting fucked up on your travels.

BY MID-MORNING — the bus in low gear climbing and then dropping down coastal headlands — the sun seems impossibly bright, the ocean smell penetrating everything, jarring and displacing your movie with something like bodily intimidation, foreboding. Big swells roll into beaches below the cliffs. Approaching town you see young vendors peddling carts of glistening fish. Bus drivers stand around the depots for a morning smoke. Everything seems oversaturated, both backlit and spotlighted in a way that appears natural for them but will, as soon as you step off the bus, only contrast how white and out of place you are.

So you start dividing yourself again.

It’s easier once you’re off, walking now, wearing your backpack with your boardbag over your shoulder. You’re back in disguise. And almost as soon as you walk into town you notice this artisan girl, dark, bra-less, almost elfin in appearance, carving something, working with her tiny hands, crouched over a blanket full of pipes. You approach her directly, in a way that vaguely registers as tricking yourself into not feeling self-conscious about walking across the bright plaza, alerting her to your presence by setting your board bag down in the sand in front of her.

“Hola.” She looks up at you and smiles. There are small gaps between her teeth. Her eyes are large and curious. She asks a question. It has the sound “te” (like “TAY”) in it. You keep hearing this sound over and over during this time, pulling it out of a stream of otherwise incomprehensible words as the past tense of a verb directed at you — From where did you come? — and which you’ll imitate, reflect directly back into the stream: “Yes. Quito. You? When did you arrive?”

It creates the feeling that the present is almost like a place that you’re all just reaching, and the past is like a far-off land.

And somehow — perhaps in the faulty cognitive wiring, and the attempts of some language acquisition part of your brain to put it back together — you begin feeling as if this is actually the case. It gives you a strange confidence so that when you look at this girl (who has switched from working on a pipe to rolling a cigarette) and use a slang term that suggests smoking marijuana, you’re simultaneously aware of yourself as the cliché Gringo Asking For Bud, but for once exonerative, almost blissful about playing this role.

She says something you don’t understand, except a word you’re afraid is “boyfriend,” and then “rapid.” She gets up, stalks away, and then turns back and says something else, laughing now, and waves for you to come with her. 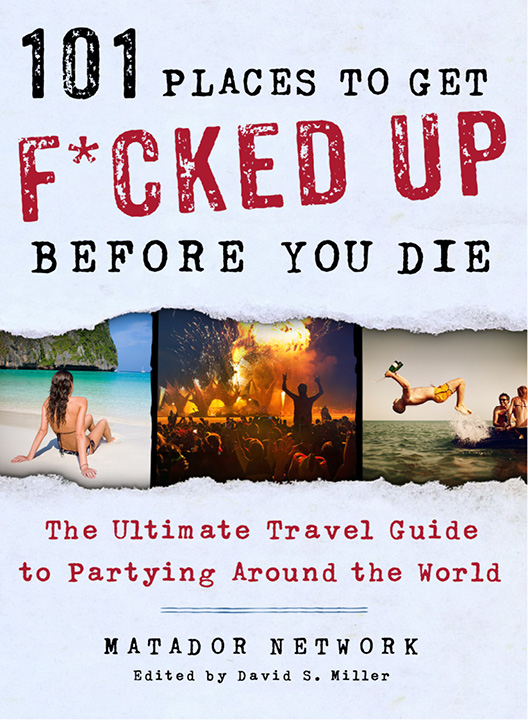