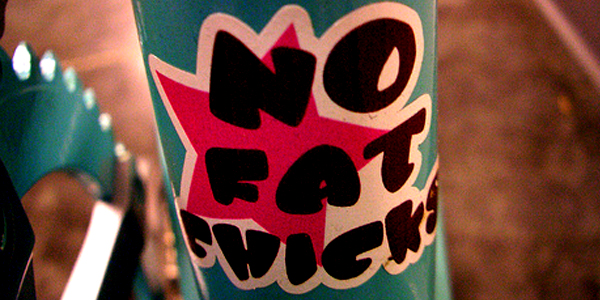 The latest kerfuffle from London’s Fashion Week is the walking out of two team members on knitwear designer Mark Fast’s crew. 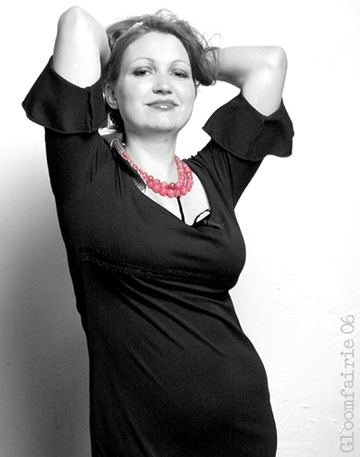 Gearing up for the event, the Canadian born, 28-year-old designer decided to add plus sized models to his showcase and two of his employees were apparently so upset by this that they quit.

I am so curious about the rationale behind these walk-outs that I must speculate as to the frame of mind of these people.

Were the following sentences uttered or thought?

“I must stand on my principles, and so even if it means I’m out of a job, I must stick to my low-IQ-stoner-surfer guns and say, ‘No fat chicks.'”

“I won’t have my name associated with a designer who would stoop to such a level as to let women who don’t spend a quarter of their lives vomiting walk the runway. It shows a lack of commitment to true fashion.”

“Models that take modeling seriously commit to torturous regimens of drug use and starvation. To allow women who don’t ascribe to these basic principles shows a lack of regard for professionalism and reflects poorly on me.”

I would really like to have a look at these quitters to better speculate on whether or not they have eating disorders themselves. Maybe they’re size 12-14s and are blind with jealousy thinking of the modeling careers they missed out on.

In any case, a quick look at the original Daily Mail article reveals photos of models who are considered plus sized, but are not fat by any stretch of the imagination.

This move on the part of Mark Fast has likely brought publicity and new clientele to his fashion label, and I wonder what it’s brought to the two crew members who are running scared.

Interested in fashion? Check out this article from Julie Schwietert on Mizrahi’s salmon skin dress from Matador Change.

Think there;s a place for plus sized models in the world of high fashion? Share your opinions in the comments field below!

Tagged
Fashion London, United Kingdom
What did you think of this story?
Meh
Good
Awesome

Greenland’s national costume is a work of art

Why Americans don ridiculous hats for the Kentucky Derby

Money belts are making a comeback, and they actually look cool now

10 Indigenous-owned businesses you can support today

Oct 12, 2020 Carrie Back
✖
travelstoke
Download the mobile app
stoked by