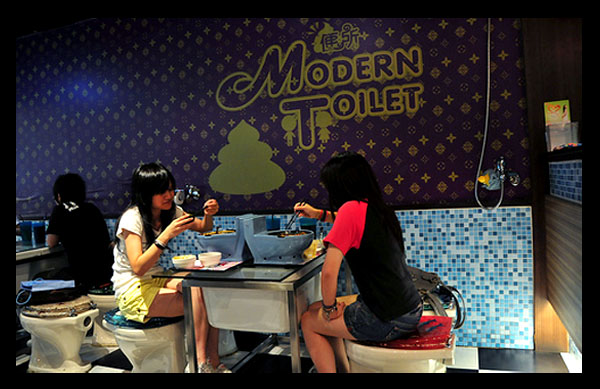 Diners seated on decorative toilet seat lids at Modern Toilet Restaurant
This and all photos courtesy of Arman Rin, Jr.

While most restaurants probably prefer that you not think about the final destination of the food you’re eating, imagining you’re unable to avoid drawing parallels with their product, Modern Toilet Restaurant revels in the concept.

With 13 locations in Taiwan and growing, perhaps acknowledging the end point of the food’s trip through our internal water slides (even as it’s being eaten) is an idea whose time has come. 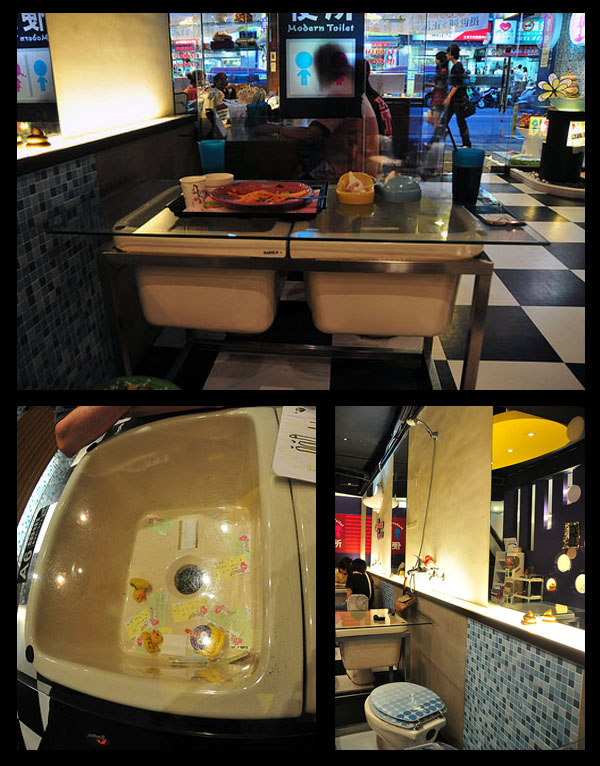 Tables are sinks replete with drain holes (above and left). One hardly knows whether to call this space (lower right) a booth or a stall.

You might think it’s avant garde, but the site says, “In an age where creative marketing is king, even feces can be turned into gold!” betraying what seems to be a purely commercial impetus for a theme that could pass for modern art. Were the toilet seats attached to plumbing, one could imagine world records being made while patrons competed to remain just where they were, processing their meals on the spot. 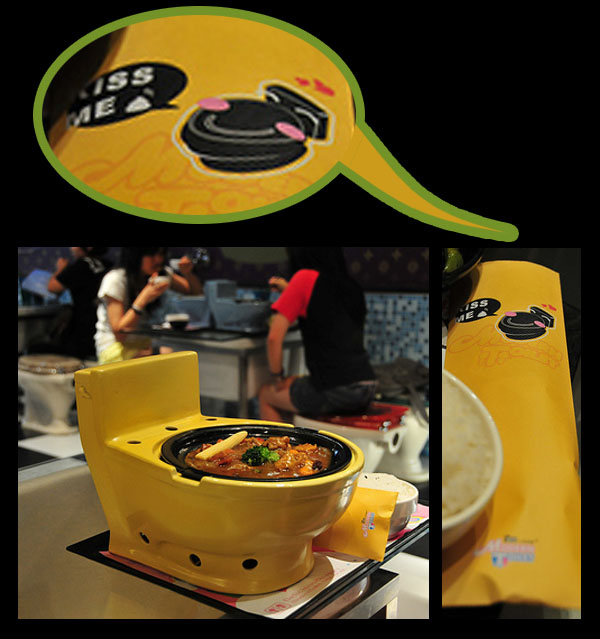 Chopsticks sport a toilet demanding a kiss (above and right). Delectable bowlful of food presented in a yellow toilet (bottom).

Perhaps it’s a testament to the strength of the cuisine that customers don’t lose their appetites, but the kitsch decor sublimates the in-your-faceness of a bathroom themed restaurant. Far from being scummy or intimidating, Modern Bathroom Restaurants bristle with cleanliness. A look at the website’s locations page shows variety in the design of each branch.

The website chronicles the chain’s story. The Modern Toilet legend began where all great ideas begin – on the porcelain throne. The unnamed soon-to-be-entrepreneur was struck by inspiration and soon opened the first location under the demure name ‘Marton Restaurant’. Serving only desserts with a decidedly fecal look turned out to be more exciting to the general public than it may have been presumed to be, and soon Modern Toilet was born (don’t ask from which orifice and we won’t either). 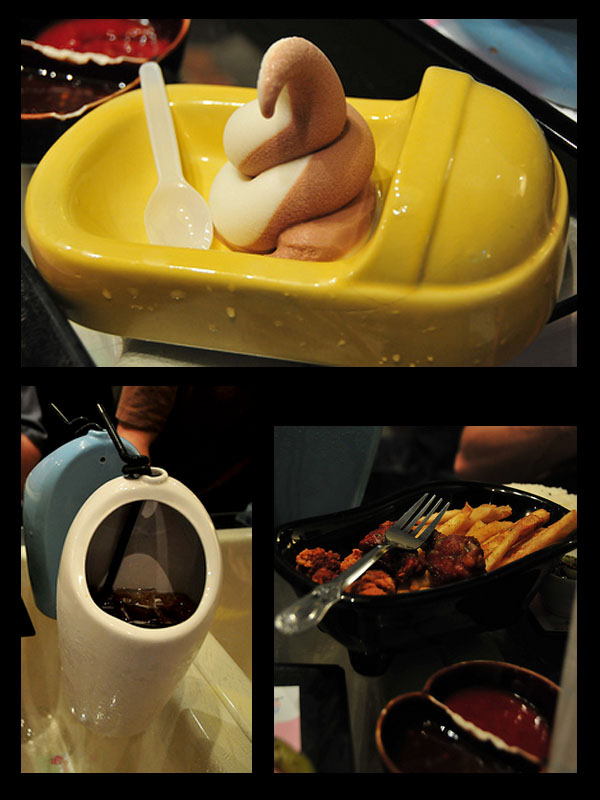 The signature ice cream served in a mini-urinal (top). A “fountain” drink to give Duchamp a run for his money (lower left). Deep-fried goodies served in a tiny bathtub (below, right).

There are vegetarian selections on the menu, and the website’s interactive message board means you can make your own reservation or maybe even steal someone else’s.

Eating ice cream shaped like pooh
While sitting on the toilet!
Sounds twisted? You bet!
How about toilets everywhere you look
while you eat?
Believe it or not, plenty of people have
tried it – and enjoyed it!
When it comes to Toilet Ice Cream,
Many have heard of it, but few dare to try it.
After all, it sounded like crap, and looked like it too.
This changed when the Modern Toilet Restaurant
Opened in Kaohsiung City.
Lively atmosphere, spotless environment
We make it fun to eat ice cream from the toilet! 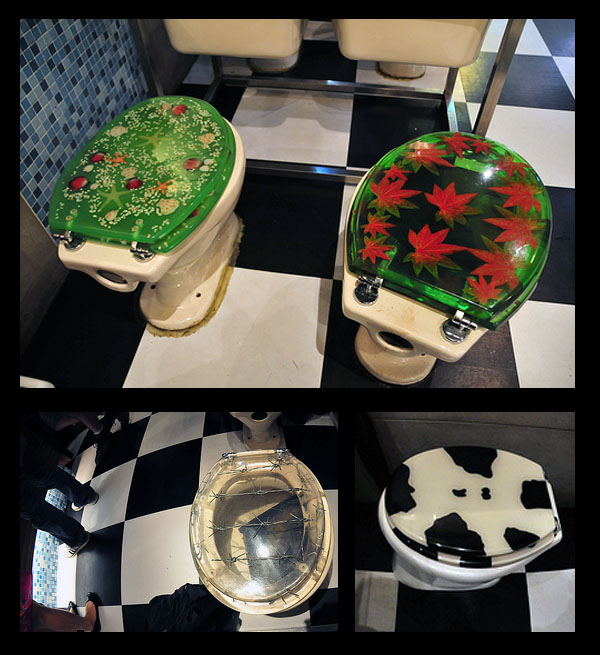 So take a seat anywhere you like. You can see there are a variety to choose from.

Special thanks to Arman Rin, Jr. for letting us use his awesome photographs!

“A good place to let yourself go” is an original slogan of Modern Toilet Restaurant.

Just have to know more about Modern Toilet? You’re in luck.
Check out Eva Holland’s piece on Matador Pulse or read a first hand account by Robing Esrock on Brave New Traveler.

10 of the spiciest, tongue-numbing dishes from around the world Swedish restaurant puts tables in nature for beautiful socially distanced dining 10 of the most pungent, salty, and tangy fermented foods from around the world How Spain perfected the art of the food fight 7 classic French dishes you need to try to understand the cuisine

5 reasons I want to travel to Taiwan

Black Beer Travelers is inspiring people to diversify their palate