02:48 Jul 9, 2020
Top Countries
Top CitiesView All Destinations
Trending Countries
Trending Cities
Load More
Business in the front, party in the rear – the mullet is a hairstyle that is seen the world over.

Perhaps it’s in the United States that you’ll see the most striking, well cultivated and impressive in the world. 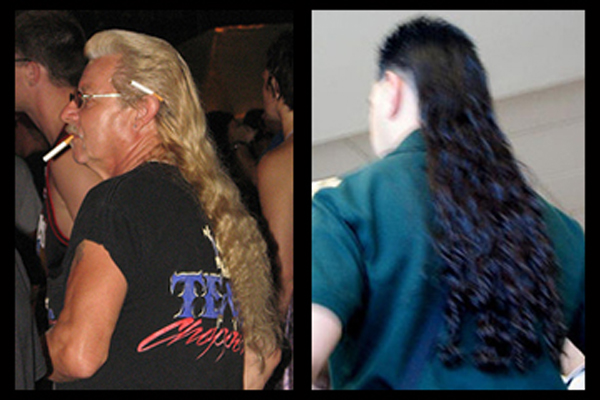 Photos – left Blonde in Tulsa as photographed by raveller, right Brunette in Las Vegas 2003 by TedsBlog

If the now defunct Mullets Galore website proved anything, it was that we all seem to feel that the mullet is worth only our jeers, its wearer deserving to be dubbed the name of his haircut.

Can it only be amusement and scorn that attract us to the mullet? I posit that there are other reasons, possibly deep seated and primal that a Google image search for the word “mullet” reveals 891,000 results. 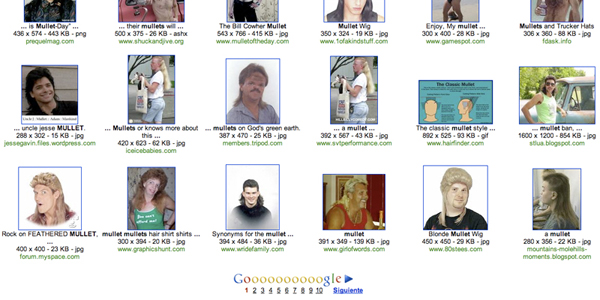 It was explained to me once when I laughed at the blue faced, mulleted warriors in Braveheart that the haircut had a practical application. It allowed the wearer to shirk the harmful effects of the sun to the back of his neck while being able wield a weapon with unobstructed vision. Being a diehard utilitarian, I had to take a moment to give the mullet its due before resuming my obnoxious diatribe disparaging the hairdo. 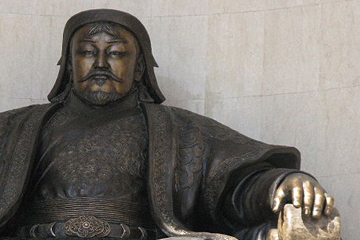 If this statue is to be believed, Ghengis Khan may be wearing a mullet under there. Could one of the fiercest warriors of all time have sported a mullet?

Below, enjoy and savor this collection of mullets from around the globe.

It is far from complete.

Sadly I was unable to find photographic evidence of the mullet in Africa, thereby rounding out my cavalcade of continents.

Please, if you would be so kind as to share photos from your international mullet collection, post a link in the comments field below.

Photos – left in Bangladesh, this mullet hearkens back to the ’80’s Jheri Curl mullet by bengal*foam, right Japanese mulleted mouth breather by alexdecarvalho

Photos – left a most impressive mullet in Canada by D’Arcy Norman, right fresh mullet in Australia by Hyperlegs

Tagged
Fashion
What did you think of this story?
Meh
Good
Awesome

Greenland’s national costume is a work of art

Why Americans don ridiculous hats for the Kentucky Derby