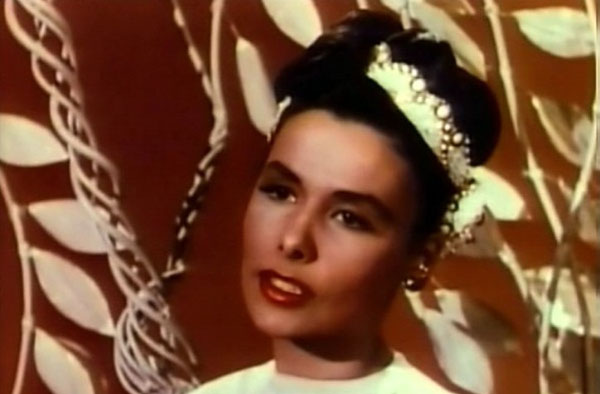 Photo of Lena Horne from Till the Clouds Roll By: Wikipedia

As a child, I remember hearing my parents’ Lena Horne records. All I really knew about her was the way she sounded when she sang and the way it made me feel: dreamy, floaty, turning dust motes into magic. What I didn’t know about her could fill a book and it has. Horne died Sunday, May 9 at the age of 92.

Lena Horne singing Stormy Weather in 1943 from the movie of the same name:

Horne’s life is a fascinating look into the history of the United States through the lens of an immensely talented performer for whom a choice in movie roles or songs had weighty political implications. As the first Black movie star signed to a contract with a major studio (MGM), she was able only to play roles in which she could be replaced with a white actress in versions released in the southern United States.

From the NPR page excerpting Buckley’s interview with Terry Gross from 1986:

“She was Walter White and Paul Robeson’s test case,” explained Buckley. “She was a test case for the NAACP which had decided that they were going to change the image of Hollywood. … That made her the enemy of a lot of black actors in Hollywood, who were very upset. They said, ‘You’re trying to take work away from us. There will be no more jungle movies. There will be no more old plantation movies. What are you trying to do?’ And Paul Robeson said to her, ‘These people aren’t important. The people who matter are out there — the Pullman porters, those people. And they want to see a new image. And you have to do it.’ “

Her second marriage to MGM conductor and arranger Lennie Hayton (white) preceded the legalization of interracial marriage by three years and was a secret daughter Gail didn’t understand having to keep until Loving v. Virginia. 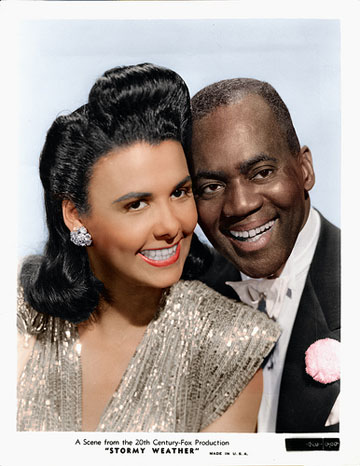 From her start singing at the Cotton Club at the age of 16 to her refusal to perform for segregated audiences during WWII, as star of film, stage and nightclub, Horne was a Black star at a crucial time before and during the civil rights movement and was in the thick of politics, often to the detriment of her career.

Her family, from her dapper gambling father to her nightclub performing mother, and ‘bourgeois’ Harlem grandmother who disapproved of any job for a young lady aside from teaching all influenced young Lena Horne. The snippets of the family dynamic re-aired on Fresh Air are a fascinating glimpse into a courageous life that touched many and ultimately made the world a better place.

A 1996 PBS American Masters episode was based on Gail Lumet Buckley’s book, Lena Horne: In My Own Voice, which you can watch in its entirety at the website.

Did you check out PBS’s American Masters series? Catch the NPR interview of Gail Lumet Buckley or read her book? We’d love to read your thoughts below.