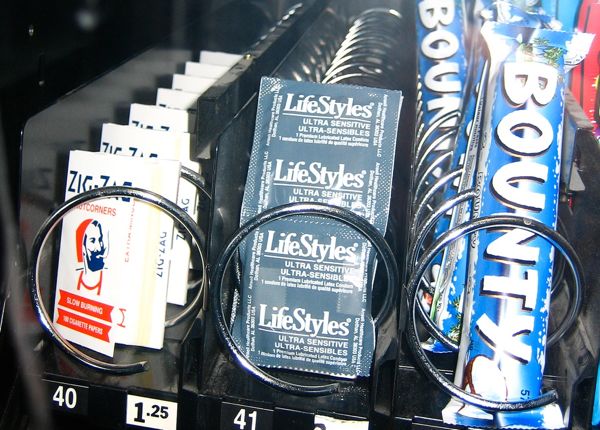 Which one’s the real bounty? Photo by erutan

What percentage of Matador’s readership has been party to bunkthumping?

Something happens at youth hostels that can make reality flip. I have seen the most pure, saintly ladies go Animal Planet over the course of a three glasses of cheap Chianti. I have heard men tell tale of holding onto their virginity until they are married, only hours later to be seen furiously flustered at a condom vending machine with a dire, spastic look in their eyes.

This is not say that the reality flip happens to everyone, nor that it happens all of the time. Which made me curious.

What percentage of people are pulling off into dark hostel corners or pretending to “just crash in my new friend’s bunk tonight”?

For the purposes of this poll, ‘hooking up’ is defined as: 1) Any sexual activity that goes beyond kissing (you know). 2) Takes place on the grounds of a hostel, tree houses included (I suggest for no particular reason at all). 3) Occurs with somebody that could not, at that time, be considered your partner.

We welcome any stories in the replies, and also understand that you’ll be creating a fictitious name for any comments. It’s a great day to create a pen name.

Have you read our picks for the craziest party hostels in the world or its sequel? Did you know that you could also move the party to the coolest campers around?

What did you think of this article?
Meh
Good
Awesome
Bookmark
Posted In
Sex + Dating

10 tips for your best-ever vacation sex

How to deal with sexual harassment abroad

10 surprising ways to make your baecation the most romantic yet