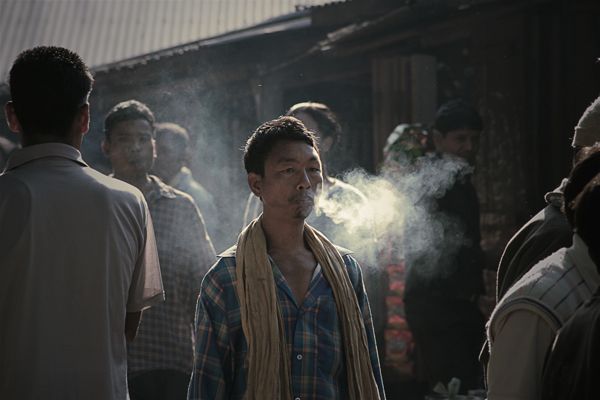 Jeannie Mark fills us in on where in the world it’s still en vogue to be a smoker.

EVER HEARD OF SEX tourism? What I engage in is an equally, if not despised pastime – smoke tourism. It’s not uncommon for me to fly into Bangkok, seek out a 7-11, plant down baht, and demand 7 packs right there. Call me a rebel chasing smoking bans across continents, but smoking outside of my native country is not only thrilling, but also damn cheap.

Here’s a list of countries that more or less allow the perverted smoke tourist to light up freely.

Andorra – Light up with glee except in educational facilities, government buildings and public transportation.

Argentina – No nationwide smoke ban; however, a movement exists to ban smoking in all public and enclosed spaces. The tobacco industry is lobbying intensely against this. So are Argentines: 46.8 percent of men and 34 percent of women worship cigarettes. In other words, smoke and dance the tango in Buenos Aires while you still can. 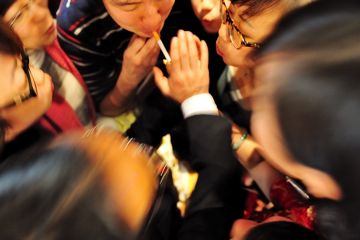 Cameroon – Smoking is king here, puff with no guilt.

Chad – Smoking is queen, and quite widely accepted. In fact, in countries like Niger, Central African Republic or Senegal the smoker is favored.

China – Could be the Holy Grail for smokers. China’s love affair with tobacco is estimated at 30% of the world’s total consumption. Smoking bans are rarely enforced except in major cities, Shanghai and Beijing.

Germany – Nothing like a Würste, Kölsch beer, and smoke to cap an evening. Since January 1, 2008, there has been a ban on enclosed public places in 12 out of 16 states, but it’s up to the individual proprietor of cafes or restaurants to enforce it. The happy result? Enforcement varies.

Hungary – Oh glory days, a ban to prohibit smoking in public places is presently in limbo. Inhale that smoke and take in the calming Danube River.

Indonesia – Smoking is a no-no in health-care and educational facilities, but nowhere else, according to a 2009 WHO report on smoking bans. However, Jakarta has implemented an overall ban in public areas. Take your smoke pleasures where you can get away with them. 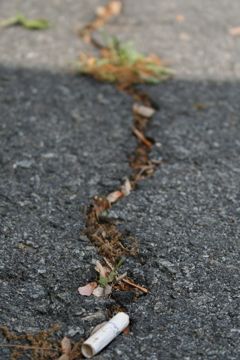 Japan – Japan has no nationwide ban in place, although a few local ordinances are in effect. Smoking is disallowed on the streets of the Chiyoda, Shinagawa, Shinjuku and Nakano wards of Tokyo, not because of cancer statistics, but safety of children. Can’t forget the children now. Although smoking is banned on public transportation, policing is nil.

Madagascar – An island off the southeastern coast of Africa, I’m intrigued with the fact you can puff away everywhere except in a bush taxi (taxi brousse). Be aware that spending your tourist dollars could be supporting the recently installed government by force, which is not recognized by the EU or The African Union.

Poland – A 2009 WHO report on smoking bans states that Poland is a smoker’s paradise. Strange that wikipedia says otherwise. Let’s go with a little germ of hope. Smoke away in Krakow!

Russia – A country fraught with a disjointed, violent history would have to clamp down on the general populace, right? Not so. Russia has no smoking ban in force, which makes those long nights on the Trans Siberian bearable.

Thailand – My precious Thailand. Smoking is generally allowed except in air-conditioned facilities. And let’s be frank, how many of those exist?

Ukraine – Don’t you think a battered down people deserve some pleasure in life? Introducing ‘no smoking ban’ – bring on the butts. 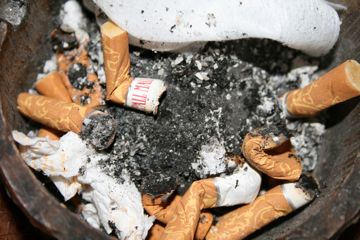 United States – Shocking to believe, but the United States has no nationwide smoking mechanisms. It’s up to each state to pass and enforce smoking laws. States that currently have no general regulation on smoking in non-government spaces are:

Most of these states require restaurant and café owners to assign designated smoking areas and post signs. That’s code for freedom lovers to take advantage of the inconsistency and be swept away in a smoky room.

How to plan a summer mountain bike trip to Andorra

9 sights that make Kraków the most beautiful city in Poland

Why Lodz, Poland, is the next big city for European travel

I thought Poland was grey. These images show how wrong I was.