How could Red Sovine miss any opportunity to sing about a boy sitting on an old man’s lap with the public approval of a crowd? This is like “Christmas Shoes,” “Teddy Bear,” and “The Little Match Girl” all rolled into one.

Billy hangs back as the other children talk to Santa. When he gets his turn, he says:

Well my daddy lives in prison Santa
That’s what momma says anyhow
They say he shot momma’s boyfriend
He’s been there a long time now
And me and momma we live with Mr. Brown now 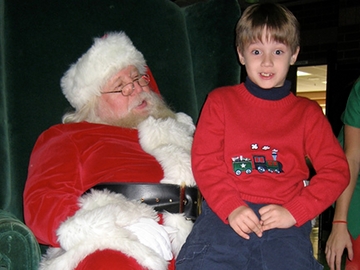 Billy talks about hunger, knowing he’s bad because Mr. Brown tells him that’s why his stocking’s empty. He talks about the joy of seeing the other kids get their toys and when Santa finally coaxes him to talk about his Christmas wish, he says:

Have you ever been to Heaven Santa?
Why I bet you know God as good as you are
Could I just ride up to Jesus’ house sir?
If it’s not too awful far

Then Billy closes his eyes and dies on Santa’s lap. See? I’m not too sure what the moral of this story is. Santa grants all Christmas wishes, even those for death? Being good will get you nowhere with Santa? Heaven is where Santa’s workshop is? Whatever it is, I’ll tell you what Santa tells all those bummed out little kids who watched Billy die. “Merry Christmas, everybody.”

Matador editor and music expert Paul Sullivan says this about that:

Nick might join me in making effigies of ’80s glam rockers Slade and slowly pushing poisoned pins through them in return for subjecting our nation to this which gets wheeled out on every soundsystem in every pub in every village or city with a postcode every single Christmas.

To which Matador Life editor Nick Rowlands replies, “Effigies? Paul, man, I say we do the real thing!”

The worst (or best) part of the song, which is a series of inane Christmas related questions, such as asking if the listener has hung his stocking is this gem:

Do you ride on down the hillside in a buggy you have made?
When you land upon your head then you’ve been slayed.

All I Want for Christmas is You 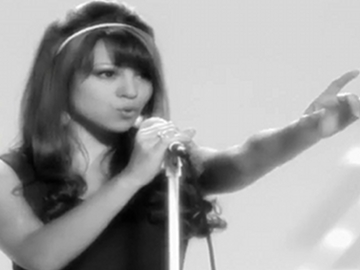 Screen shot from the music video.

Managing editor, Julie Schwietert says, “Mariah Carey shouldn’t be allowed near a microphone around the holidays.” The fact that she has in the past means we’re all in the line of fire when “All I Want for Christmas is You” gets trotted out year after year.

Just to prove it doesn’t have to be humans doing the howling and that a song need not contain lyrics to be inherently offensive, consider “Jingle Dogs.” I don’t know the official title to this, but I do know I’ve heard it often, and not just on infomercials, which means every year, someone thinks it’s cute enough to get some air play.

For those of us kept up at night by the sound of a nearby neighbor’s neglected pooch in the wee hours, this song is an assault to the senses.

Apparently, this is a regional hit in the Jersey area, as Nights editor Kristin Conard says of it, 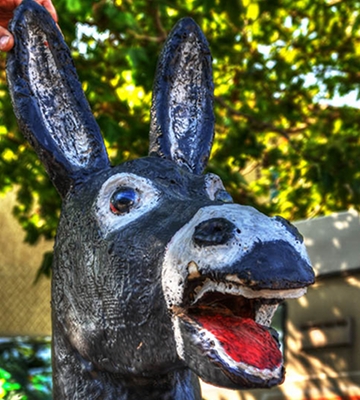 Maybe because I didn’t grow up with it, but I have an intense and passionate hatred for the song. I’m all on board for a wide variety of cultural traditions. But the song, my god, the song.

Why does the Italian Santa use a donkey? Because reindeer can’t climb the hills of Italy. What are you? Stupid?

Honorable novelty mention goes to Jon Bon Jovi and R2D2 Wish You a Merry Christmas, brought to our attention by the talented Beatrice Murch.

What gets your vote for the worst ever Christmas song? Tell us all about it (preferably with a Youtube link to torture us with) in the comments below!

Prev Page
Tagged
Music + Nightlife Humor
What did you think of this story?
Meh
Good
Awesome

Why does ‘yellow filter’ keep popping up in American movies? 21 drinking games you can play in any bar Japan will partially pay for domestic travel so you can explore more of the country Dutch government recommends single people have a sex buddy during the lockdown New bill requires airlines to refund your money even if you cancel your flight