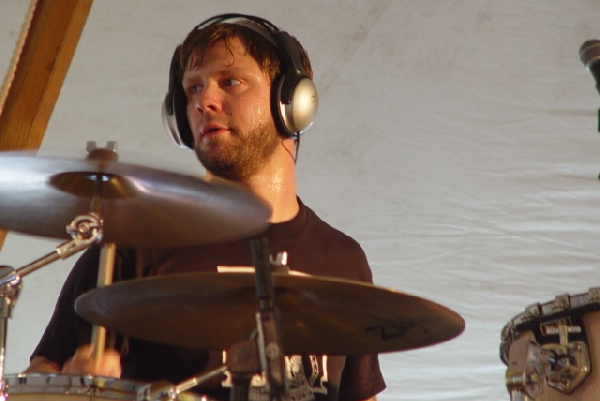 For years I’ve had the thought: ‘what if you could just travel around the world making field recordings of different people playing music and then remix it all into some ill composition?’

Several djs and producers have realized this idea, notably Amon Tobin, whose 2007 release Foley Room, was created entirely out of live recordings.

For the last few years people have also been experimenting with big mashups, only using video instead of just audio. The game has all changed however, with the production of thru-you.

Instead of famous musicians (except for legendary drummer Bernard Purdie) the people in the videos are mostly unknown. Here’s just a sampling:

Each person’s ‘part’ is layered on top of another to form different songs ranging from funk and hip hop to reggae and drum and bass.

Listening to thru-you has this unexpected effect, or at least it did for me: you share a little of that same feeling every musician has had at one time or another–that for a second, even if nobody else can hear it, you’re totally going off.

What did you think of this article?
Meh
Good
Awesome
Bookmark
Posted In
Music