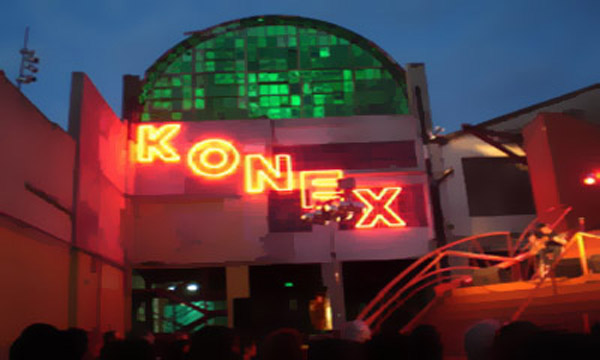 You’ve heard a lot about Palermo in Buenos Aires but you’re not sure where to begin? Matador gives you a sleek list of options for all tastes, in a city that doesn’t really seem to sleep but only takes siestas.

Most good weekly parties happen at Niceto – they pretty much have the monopoly on hipster nightlife in BA. From Compass to Zizek, Niceto is a solid choice at least four nights out of the week. You often hope to try other spots but find yourself back at Niceto because it’s where the cool party is that night. Visiting bands like Battles and Eek-A-Mouse and a consistent local scene make it the destination. Just don’t forget to put yourself on the list and avoid the line.

Why Niceto? It’s not only in the top 10, it’s #1 in Palermo. It’s the difference between Buenos Aires and every European discotheque whose soundtrack has made you want to vomit – i.e. you won’t hear “What is Love” on the dancefloor.

Centrally located with a great garden and terrace, Miloca is the house you feel entitled to own in Buenos Aires.

Centrally located with a great garden and terrace, Miloca is the house you feel entitled to own in Buenos Aires. High ceilings, hip furniture and lighting, and a backyard bar scream “I’m so cool I live in Buenos Aires.” Even for just a few days. They have a great happy hour but beware of the top shelf liquor. What is your standard at home may be pricier in Buenos Aires; stay off the Patron and opt for a local favorite, like Pisco!

Why is Miloca in the top 10? Miloca is a favorite with locals and travelers alike and manages to straddle posh and chill with a lounge-y interior and laid back garden. It’s a good compromise for diverse tastes.

3. Unico
Set in the heart of Palermo Hollywood, Unico is the bar you can fall back on. It’s usually more crowded in front than inside and it always has a “hey baby” kind of vibe, but in a good way. You’ve heard the people in BA are friendly? At Unico the meet market is friendly but not overly intrusive. If you care to mingle, you can; if you care to stick with your click, that works too.

Why opt for Unico? Unico is a bar that’s almost always crowded and when you can’t decide where to go and you’d like to be out, or when you want a teaser before the late night scene, Unico is a standard. 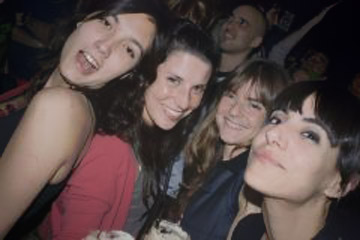 Sullivan’s is the Irish pub in the heart of Soho with live music upstairs and a summer terrace. It’s everything you want in a pub – Guinness on draft, bartender banter and attitude, and a dim, cozy atmosphere. Plus it’s in Palermo Soho, full of gorgeous people who have no concept of stress or hostility and have never met the phrase “bad drunk.” As they say (in English) on a popular radio show here in Buenos Aires, “You’re a winner!”

Why Sullivans? Because sometimes you need to go to a pub where you’re not the foreigner freak, where you understand the menu, and where everybody knows your name – or at least they aren’t surprised that it’s Frank, and not Francisco.

Secret bars, hidden restaurants, and clandestine parties spell exciting and different. Here in BA they’re called “los puertos cerrados,” closed doors, and make for added culinary and cocktail adventures. Thames 878 is home to a lounge that feels entirely exclusive and appeals from the moment you enter the expansive, festive space. It’s not so fancy that you’re outclassed but it has an element of mystery that it makes you feel like you’re special for having found it out. Good appetizers and fresh fruit mixology satiates, but beware the sugar onslaught. “Sin azucar” (without sugar) could be the one Spanish phrase you master instantly, when you forget to use it and end up with a slurpee instead of a “daikiri.”

Why pick Ocho7Ocho over any bar in the traffic circle on Honduras? You didn’t come all the way to Argentina to slum it with the eighteen-year-olds, in from the city outskirts via public transit.

Neon signs, vinyl booths, tattoos, pop art – sometimes you need a little Southern California rockabilly in your foreign travels. Mundo Bizarro explores the car bomb drinker side of you with an eclectic cocktail menu and someone’s Bizarro version of soul food. Located on Serrano just off of the plaza, Mundo Bizarro is a great alternative to standard Argentine partying. Unless it’s exactly what you were looking to get away from. 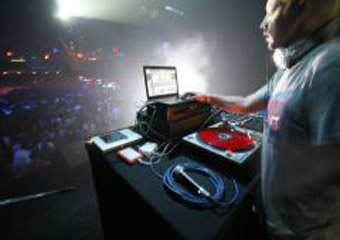 Why go Bizarro? Pum Pum art in the bathroom and rockabilly on the jukebox makes you feel all urban cowboy/gaucho inside. The crowd is way cooler than your average nightclub or “after office” and will welcome your tattoos. Or cause you to feel naked without them.

If you only have time for one blowout night, make it a Kim y Novak night. A combination of decent deejays and a good cocktail menu compliment the sixties-mod, “Barbie’s First Diner,” décor. The bar attracts a hip crowd that runs the gamut from normal Argentines-out-to-play, to fading rock and film stars looking for last hurrahs. On the biggest party nights, there’s a consistent blend of good-looking garbage and high-quality spectacle. In a town full of seductive nightlife options, Kim y Novak is the sexiest.

Why is Kim y on the hotlist? It’s the nuthouse you always wanted to party in – totally bananas at times, and perfect for nightlife veterans.

Set in an old house, this rock venue is the real deal. It’s the CBGB’s of Buenos Aires with bands every night and cheap beers and covers. You climb the stairs and enter the parlor with red walls and a black bar of beer and wine. Straight ahead is the living room with raised stage and bawdy band. There’s almost always a good crowd and “una buena onda” (a good vibe) with a rock edge.

Why rock Argentina style? This is the city where the Ramones played three back to back nights in the River stadium. An earthquake registered in the area when the entire stadium started pogo-ing, i.e. 60,000 kids jumping at the same time. Argentines take their indie and hard core very seriously. Coverse sneakers is the uniform of Generation Porque and it’s a great town to get out and enjoy local bands all night.

Congo, at the crossroads of Palermo Soho and Hollywood, will make you understand why BA is so often called the Paris of South America. It is fancy in that je ne sais quoi kind of way. A booth on the terrace with a bucket of champagne and you will quickly forget any worries you may have, like how annoying it has been to get change for the hundred peso notes you get out of the ATM, or how hard it is to decide which tango show to attend.

Why go Congo? The bar is a pleasure, with multiple rooms and a great staff. You will feel so fabulous you’ll forget your backpack and hostel mates entirely and make new Argentine friends at the bar like you’re a local.

Konex isn’t exactly in Palermo, but it’s close enough and it manages to have the greatest Monday evening you’ll ever experience. Replete with trapeze artists and a twenty-five-person drum circle/orchestra, Ciudad Konex Mondays at 7pm is why you travel. The party is exciting and different and it’s set in a converted factory. Come back Saturday night to shake something on the dance floor that was once a parking lot.

Why is Konex necessary in your Palermo life? You came here to get to know the city and this is a mini version of young Buenos Aires – like Ibiza in the South American concrete jungle.