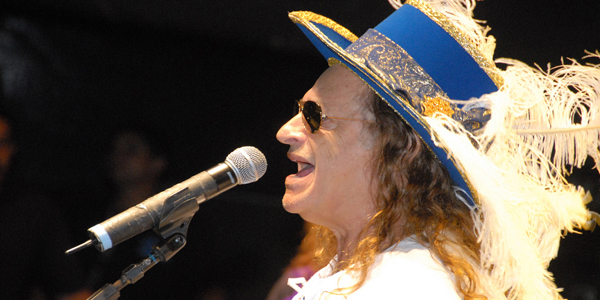 I thought my collection of Brazilian music was pretty impressive… until I went to Brazil.

“Do you like our music?” someone asked me. “Love it!” I said, ticking off the names of Brazilian icons: Caetano Veloso, Joao Gilberto, and Astrud Gilberto. Sure, I knew they were old school, but there’s something about Joao Gilberto whisper-singing “‘S wonderful, ‘s mahvelous, that you should care for me” that’s timeless, right?

Um, no. My utter uncoolness was revealed. Saying I listened to Veloso, Gilberto, and Gilberto was like a Brazilian coming to the States and saying he listened to Paul Anka, Elton John, and Joni Mitchell.

Brazil’s music scene is more—much more– than bossa nova and samba. Here are just a few samples of the artists and kinds of music Brazilians are into right now:

This raw but hyper danceable music started in the early 90s in the favelas in Rio. It’s basically constructed from Miami bass and booty beats with MCs rhyming.

Funk Proibidão is the underground music that is recorded and played at parties and spread through cd’s, mixed tapes. As far as lyrical content however, “that shit is laced in with the gangs and narcos” is how one one Matadorian puts it.

Similar to when The Chronic was dominating US clubs in the early 90s, one group Brazilian group, Mc Cidinho e Doca, had the hottest song last year.

Hip hop is going off in Brazil. Down there they call it hippe-hoppe. One of the most innovative rappers is Marcelo D2 (check vid above), who mixes samples of bossa nova and other traditional forms into his music.

At 62, Alceu Valenca might seem better classified in the greatest hits section, but what keeps Brazilians listening is the artist’s obvious love of music and his ongoing experimentation with form, genre, and… performance.

Valenca, who’s been referred to as the “Brazilian Bobby Dylan” and the “Brazilian Mick Jagger,” is able to blend folk, rock, and traditional styles into a sound that’s distinctly his own. His shows are characterized by elaborate costume changes and crowd-pleasing favorites, like “Morena Tropicana.”

His 2009 release, “Ciranda Mourisca,” isn’t available in the US yet, but a promotional CD hints at mysterious gypsy-like sounds, yet another addition to Valenca’s repertoire. 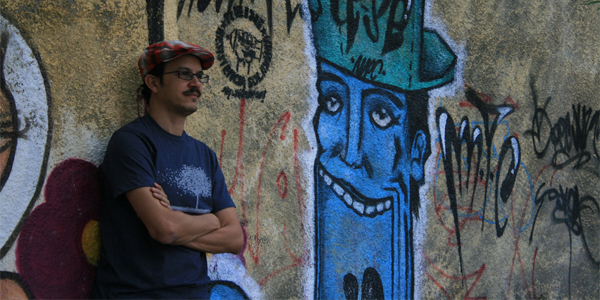 Siba e a Fulorestais the 40 year old founder and front man of this 10 person group, whose youngest member is 19 and whose oldest is 75. Siba’s musical trajectory might seem backward to those obsessed with the-next-big-thing: after moving from his hometown to the city, he then moved back home to discover his musical roots, building his performance cred in hardcore street shows.

“Street music prepared us for everything,” he said to me in an interview, “improving the relationship with the audience, our ability to deal with problems, everything.”

Siba cites jazz, North African music, 60s and 70s rock, and the troubadour poetry of Brazil as some of his persistent influences, and these genres exert themselves subtly in a musical niche that he and his group-mates are carving out for themselves.

“I’m currently listening to loads of music from Belém in the mouth of the Amazon. It’s one of the most exciting places for music in Brazil at the moment. I particularly like Coletivo Radio Cipó, who fuse local carimbó beats with reggae, rap, and penetrating social commentary. 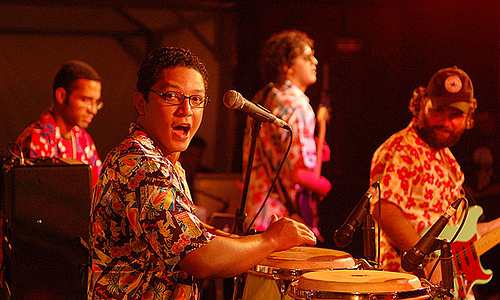 “I also love La Pupuña, who play a kind of psychedelic Amazonian surf rock broken by sound effects from the river– like the chug of long-tail boats and the call of birds. They have just released a carimbó version of “Dark Side of the Moon” called “Charque Side of the Moon,” named in honour of the local beef jerky.

“And then there’s Madame Saatan, fronted by Sammliz, a delicate, wispy singer with a face like a model and a voice as big and rich as Mariah Carey. But she’s no R’nB diva – Madame Saatan’s Devorados is as fast and relentless as Metallica. And it paints a bleak picture of the self-destructive lives of many in poor urban Brazil.”

Headed to South America? Find out What People Are Listening to in Chile, too!

What did you think of this article?
Meh
Good
Awesome
Bookmark
Posted In
Music
Destinations
Brazil

Brazilian warplanes are dumping water on the Amazon as wildfires rage

This festival brings together 60 Indigenous tribes with EDM partiers — but should it?