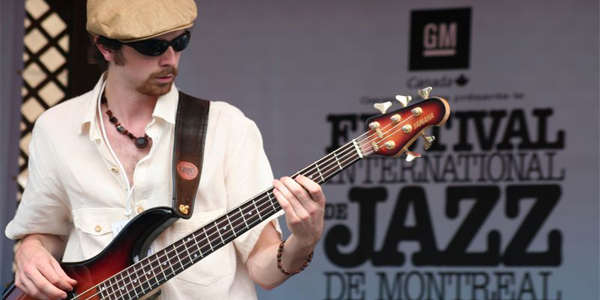 The Great White North continues to pump out some of the best music in North America, as Matador contributor Jane Tattersall reports from Toronto.

This Montreal group went from nowhere to everywhere following the release of a short EP a year and a half ago. The subsequent full length album, Parc Avenue, is a glorious hodgepodge of “franglais pop” that’s part rock opera and part art-rock. www.plantsandanimals.ca 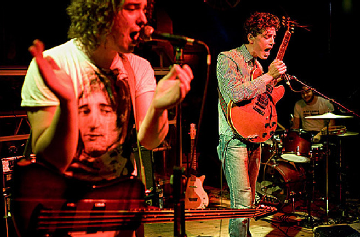 The latest and greatest from the Toronto scene. Frenetic, engaging threepiece pop from three kids who sing about what kids care about.

A four-piece that’s nomadic by nature, having called Montreal, New York, and Los Angeles home before decamping to Toronto. Smart lyrics, plus Emily Haines’s purring vocals and guitarwork make them the dance band for thinkers. www.ilovemetric.com

A perennial Toronto favourite. Vocalist Bry Webb alternately growls and croons his way through anthems that recall a young Springsteen. Their recent album, Kensington Heights, earns its name from a downtown artistic community and was voted 2008’s Album of the Year by the Associated Press. www.constantines.ca

Recommended: “Young Lions”; “Do What You Can Do”

Montreal’s Stills sit alongside other notables like Broken Social Scene, Weakerthans and Feist as elder statesmen of the new Alt-Can-Rock. Last year, the band released “Oceans Will Rise” (their best album to date), a more mature take on the post-punk sound that originally saw them compared to mope-rock afficionados like Interpol. www.thestills.net

Recommended: “Snow in California”; “Everything I Build”; “Still In Love” 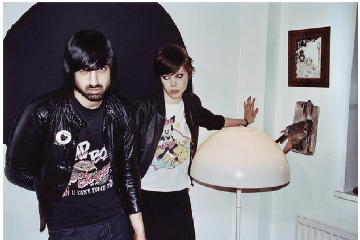 An electroclash-influenced noise factory of beats that sound equally great on the dancefloor or on your Ipod.

Made up of duo Alice Glass and Ethan Kath,their self-titled debut album released last year is awash in indecipherable lyrics, screams, bleeps and doodles that are simultaneously old-school and futuristic and somehow melodic. www.lastgangrecords.com

From Vancouver, the rotating lineup of Black Mountain (and various splinter groups, including Pink Mountaintop, Pink Mountain, etc.) draws from a collective of artists and friends who’ve been playing together in various incarnations for years.

They’ve earned kudos from the unlikeliest of places, including an opening slot on the Coldplay 2005 Canadian tour.

2007’s “In The Future” is their most cohesive and ambitious album to date, a sprawling, haunting and equally uplifting/devastating whole piece of work that could be the soundtrack for our generation’s midlife crisis. www.blackmountainarmy.com 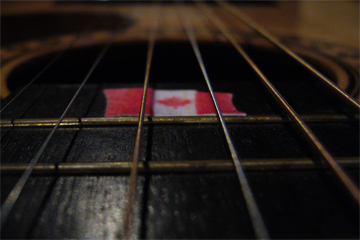 “Something For All Of Us”: The debut solo record from one of the founders of Broken Social Scene and a stalwart member of the Toronto scene (hHead, By Divine Right) is a thing of beauty.

From the opening notes of the title track, discordant and eerie, to the sad pretty lilt of “Snowballs and Icicles” and the driving guitars of my favourite track, “Churches Under the Stairs,” this record is a seamless glimmering gem that’s vaulting on to everyone’s “Best of 2009” lists.

The production is top-notch, giving each track its own chance to shine, although there’s still some quality BSS fuzziness. www.brokensocialscene.ca

Recommended: “Churches Under the Stairs”; “Antique Bull”; “Love is New”

Lights is one sugar-coated candy of a girl making pop that’s fast becoming everyone’s guilty pleasure. Old Navy plucked her out of obscurity by featuring her music in its TV campaign, and the web effect was instantaneous: thousands of fans and website hits and offers of record deals.

Even though she’s only got an EP out at this point (full length due before end of the year), her pop songs are also making inroads at radio and she’s shot low budget videos for three tracks already that are online and getting play on Canadian TV. www.iamlights.com

What did you think of this article?
Meh
Good
Awesome
Bookmark
Posted In
Travel
Destinations
Canada

Vancouver Island is the freshest place for fall leaf peeping

Toronto is Canada’s most colorful city. Here’s how to take it in.