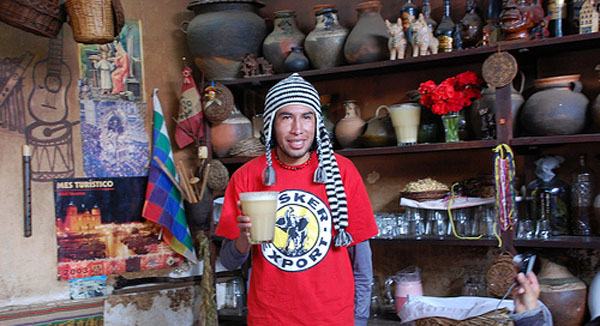 Photo a guy with a big, foamy cup of chicha: olliethebastard

Chicha is traditionally made by wetting maize with the maker’s saliva in order to kick off the fermentation process. Matador’s own Sarah Menkedick has this to say about the corn based, low alcohol content drink found in various forms throughout Central and South America:

Chicha is intense–I drank some in Bolivia. Let me just say that it takes some psychological preparation to take down a fermented corn beverage that has been chewed up and spit out. I think that’s why I can pretty much eat anything now–that broke down the last critical barrier of fear/resistance I might’ve had.

Let me just say that it takes some psychological preparation to take down a fermented corn beverage that has been chewed up and spit out.
Artichoke Liqueur? Ooh, Lead the Way! 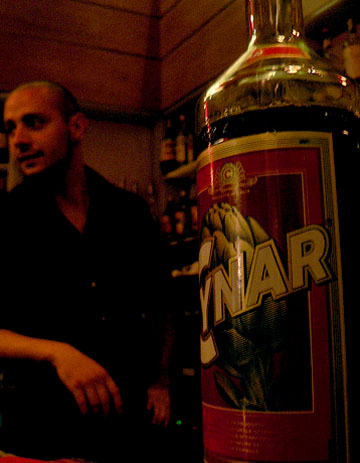 There’s one way not to skip your vegetables. Photo: mahalie

If you thought the Germans were gross in the drinks department when you tried Jaegermeister, this is definitely not for you. If, however you were looking for a secret ingredient to spice up your Breakfast of Champions, The Bloody Mary, you might want to look into Cynar.

Made in Italy, popular in Germany, it’s said to be good for you, so it mustn’t be very tasty.

More Herbs and Spices than KFC

According to a Nate Cavalieri in his SF Weekly article on Fernet, it tastes like “licorice flavored Listerine.” If that doesn’t deter you, Fernet Branca, widely imbibed in Argentina and Italy is said to have medicinal properites.

The website says its recipe is a carefully guarded blend of 27 herbs from four continents. One might argue that their very distance from one another in the natural world argues against their ever coming together. ‘Round Buenos Aires way, it’s drunk with cola. 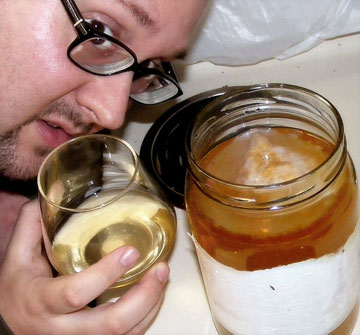 Kombucha is said to have its origins in the Orient, but that’s probably because trying to market a tea spawned from a bacteria colony of Russian pedigree as a digestive remedy might be a hard sell. Russian bacteria tea remedy just doesn’t have a very “holistic healing” ring to it, does it?

Made by adding bacteria spoors to sugared tea and letting nature take its course, Kombucha is said to boost the immune system and liver function. Be careful if you’re planning on spawning your own. Contamination during the fermentation process has led to poisonings.

Does Horse Milk Give you the Trots? 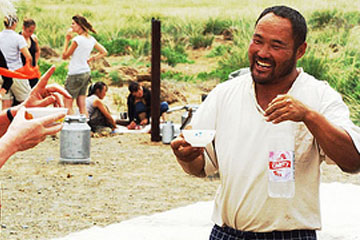 Photo from the midst of a Airag drinking contest: xfce

Airag is fermented horse milk that has its origins in Mongolia. This is just one of a number of fermented milk drinks. You can find Mageu in South Africa, Turks drink Kumis, and the Russians have Kefir. Not to be confused with Turkey’s Ayran, which has a yogurt base, Airag has a mild alcohol content and is said to be good for digestion.

Described by those who haven’t grown up with it as “milk with a kick” and “vomit inducing,” it seems more like a digestion preventative than a digestion aide. I guess if it can make it through the pipes – what doesn’t kill you makes you stronger, eh?