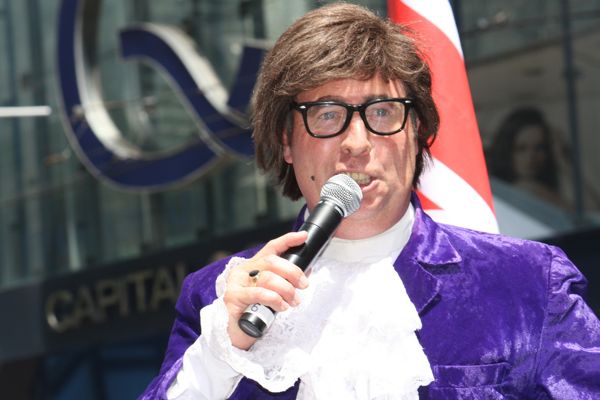 Don’t be this guy. Photo by newsbiepix

Tom Gates lists seven crutches that he wishes would be purged from the world.

Anything from Austin Powers

The original Austin Powers movie came out in 1997. Chances are good that you don’t even know that you are quoting from the movie while walking through Kmart. You are. You have incorporated vernacular into your language from a decade-old film about a man in a ruffled purple suit.

The perpetuation of this saying is driven by dimwitted people who are trying to be clever. An effective punchline five years ago, this saying has now been drained of any power by continual, misappropriated use. 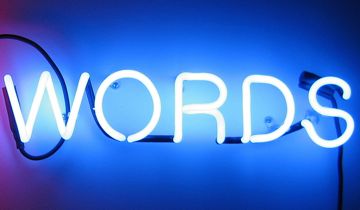 “P.S., we forgot to get milk!” can just about send me to the moon. Am I supposed to reply “PPS, let’s just buy a cow!”? Is there supposed to be a post-post-postscriptum after that? “PPS, screw the milk, let’s have sex when we get home.”

The British are the real heroes of affirmation, having mastered the “yeah?” decades ago. “It’s a good burger, yeah?” Somehow, though, it’s cute and entirely Kingdom-y when they go there.

Americans (Californians?) have taken their stab at the same concept and failed in a way that make a Zune Media Player look like a triumph. “I know, right?” has become the new “like”, making people with any pedigree sound like the sort who get Kid Rock tattoos. On their face.

Go ahead, say it. You’re the new Valley Girl.

“I just threw up a little bit in my mouth.” 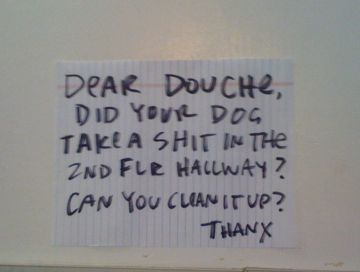 Mother of God. Give this one up. This was h-i-l-a-r-i-o-u-s the first time it was used and has not been funny since. You did not throw up a little bit in your mouth, because if you had, you would have probably gagged, then spewed all over the tile floor. Throw up a lot, or get out of the game.

If you say this, you probably say it too often. Take stock.

This is pandemic. “Dear Facebook, I hate your new design.”

Facebook is not listening to you. Also, we’re very aware that there is no body to your letter and that your “Dear” is a precursor to about seven words. Signing your name at the end doesn’t make it any cuter.

This should join the list of that make someone a social media DB.

This is the most obvious of all. People say it constantly. I have had fantasies of shock collars that could be placed on the English speaking population, jolting the definition back to its intention (word for word).

I agree with David Cross, who has a bit about sportscasters misusing this term. “He literally ripped his head off on that play.” No, he didn’t.

You know that you’re incorrectly using this one and you’re embarrassed by it. But you still do it, which makes “literally” the #1 to work on.

For the perfect day of hiking and Colombian coffee, head to Jardín
I felt safer traveling to Aruba during the pandemic than I have in the United States in months
How to plan for 2021 travel in the age of COVID, according to 23 travel agents
Several European countries are reintroducing lockdowns
An epic new bike trail will circle Italy’s largest lake

Nevada: Where art is alive