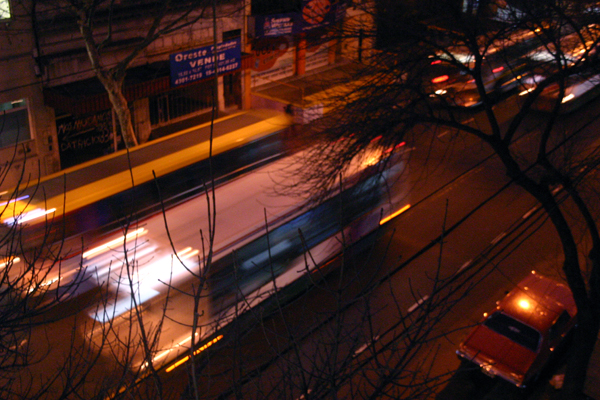 Four busses in a row and none of them the one you want.

I’m lucky. I’ve got a seat. The stop after I get on leaves the majority of the new passengers standing, holding metal bars, bracing their legs to keep from being knocked over by sudden stops.

A WOMAN HAS taken the vacant seat across from me. Her wardrobe is a demonstration of understated wealth. Flawless lizard skin boots, a stylish ostrich leather purse and an overcoat all in complimentary shades of brown swaddle a soft, round body I can imagine has enjoyed many an expensive restaurant meal.

Perfectly coifed blond hair has been toned and dyed with the attention to the most minor detail. I study the face. The woman looks very German to me and her eyes are unnaturally wide. Though she’s got plenty of wrinkles, I can tell she’s had some plastic surgery. As I’m looking for telltale signs and scars, I notice her hands are large and as I start to wonder if she’s transgendered, the elderly man in the seat next to her’s lets loose a low, rumbling cough without covering his mouth.

The woman’s head snaps to the right in a gesture of confrontation that goes unnoticed by the man whose bald, liver-spotted scalp bounces in time with the rhythm of his coughing. The woman looks around and catches my eye, her permanently astonished expression exaggerated as her eyebrows go up as if to say, “Are you seeing this?” 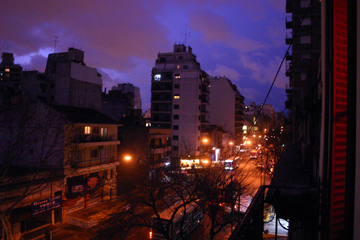 She digs the salt-free crackers from the pocket of her elegant coat and gets one bite in before the man starts to cough again.

She puts the crackers back in her pocket. Then she attempts to locate the back of the copper, metallic scarf that hangs aside her lapels before abandoning decorum to wrap it around her nose, decorative side down. I see her drop the scarf just in time for another coughing fit and see her replace it, exasperated.

Minutes have gone by – ten or more – and the sick man continues to hack and cough, oblivious to the woman on his left whose posture points to a slow, simmering rage she is barely able to contain and yet she says nothing and it does not seem to occur to her that she could just stand up and distance herself from the man who she clearly believes is contagious with Gripe A.

Finally, near my stop she says to him, “Tapa la boca,” and two full grown women towering over us giggle and murmur “Tapa la boca,” to one another. The woman throws her chin back in a defiant gesture that seems to mean that having said this was a sort of victory for her and as I get up to ring the buzzer, she lunges for my seat which she must deem as being a safe distance from the man and settles her rump into its black naugahyde.

Translation: Gripe A is the Swine Flu.

14 laws from other countries that the US should adopt
MAPPED: Everywhere to stop along the world’s longest train journey
I went on my first-ever cruise during Omicron. Here is how it went.
I traveled to South Africa during Omicron. This is what it was like.
21 drinking games you can play in any bar