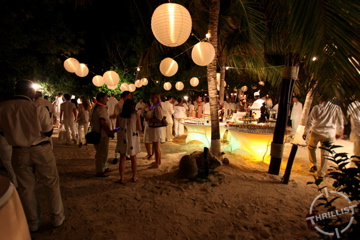 EVERY SO OFTEN, like the other day on Twitter (scroll through #twethics and you’ll get the gist), an old debate gets reheated about the relationship between the integrity of a particular piece of travel writing and who paid the bills to make it happen.

This round was brought on by the shameful discovery that Mike Albo, sometime contributor to the NYT, and Kurt Soller of Newsweek (Washington Post Co), had, in flagrant violation of their publications’ policies (i.e. No Freebies Allowed—Ever), enjoyed a lavish free trip to Jamaica, courtesy of Thrillist and Jet Blue.

The traditional theory being, of course, that as a “professional” journalist you should not be financially beholden to the subject you’re covering, but rather to the publication you’re writing for—and, by extension, your readers. Which sounds like a good idea. It’s not a long-standing tradition, mind you, in the grand history of storytelling and news/gossip/culture/advice delivery, but one that many people have come to feel very strongly about.

Gawker jumped on the transgressors. The publications in question backpedaled. Then came the twitstorm: “i wld feel gross abt all this if i wasnt so poor,” tweeted Albo. [author’s note: and then he got fired.]

Which hit on an essential question: how is the average dirtbag travel journo—especially In These Times—supposed to pay for the travel he or she is writing about?

The whole thing is, of course, a bottomless can of worms.

Perhaps the best way to maintain independence as a travel writer is to have a large trust fund, or a productive uranium mine. The next best thing is to find oneself On Assignment for a well-endowed national publication that insists on paying all expenses. Which dreamy situation is unlike winning the lottery only in that it requires significantly more scratching. Like way beyond where the fingers bleed.

But what if you’re writing on spec? Or for one of the ever-proliferating legion of yet-to-be-monetized online mags (like, uh, this one)? What if you’re writing a guidebook, where even for a big-name series the budget for expenses (i.e. research) is, as the notorious and oft-reviled and also bestselling Thomas Kohnstamm famously pointed out: zero?

Do you just wander around the hallways of the five-star hotel and maybe sit on the beds? Or maybe just do a little critical reworking of the texts and images on the website? Or—what the hell, in the interest of actual experiential travel—do you accept a free night?

Then: is it enough to make it clear to your host that the free night—and the bottle of Armagnac and the fruit basket and the T-shirt and the go-go dancers, the custom skis and the moonlight horseback ride on the beach—will not necessarily translate to a flattering review? Are you strong enough to walk that line?

One amusing analogy made the rounds and was enjoyed by all:

worldhum Ha! RT @AEEvans Christopher Columbus went on a press trip to the Bahamas paid for by Queen Isabella PR & will never write for NYT #twethics”

Amusing indeed. But specious. The fact is, Columbus was on assignment, out to get the facts for his sponsors (like Marco Polo before him, and all manner of explorers and chroniclers thereafter, from Magellan to Lewis & Clark to Mark Twain to a well-addled Hunter S. Thompson in a hotel suite covering the Super Bowl for Rolling Stone). Had the ambitious Genoan’s ships and provisions been paid for by the Bahamas Tourism Bureau, his reports on the natives might have been filed with a slightly different tint.

Consider, by way of example, the late David Foster Wallace’s hilarious chronicle of a $3,000 Caribbean Cruise he once failed to enjoy, paid for by Harper’s Magazine. Would he have found himself tempering his irreverence ever so slightly had the trip been paid for by Celebrity Cruises, Inc.? Or would he have been able to spin it into even more hilarity?

The sad fact is, even straight-up assignment gigs may not be quite as squeaky as we’d like to think. Check out, for example, Chuck Thompson on NPR discussing the extent to which advertising drives content in the glossy travel mags, and how the result is, as he so eloquently puts it: “witless puffery, or the sun-dappled barf of travel writing.”

A cursory review of the latest glossies (i.e. Nat Geo Adventure) proves we’re headed ever more perilously in that direction. So do we consign ourselves to second-hand service schlock from the comfort of our respective caves? Or do we, as we always have, take it on the road and do our best to find a good couch to crash on?

This one, I think, hit the proverbial nail on the head:

The reality, alas, is that it may take more than honesty to draw a reader all the way to the end of a piece of writing. But, well, it’s hard to think of a better place to start.

For more on the subject, check out Ian MacKenzie on the fizzle of Travel Channel’s “Confessions of a Travel Writer,” or Tim Patterson on the multiple personalities of travel writers.