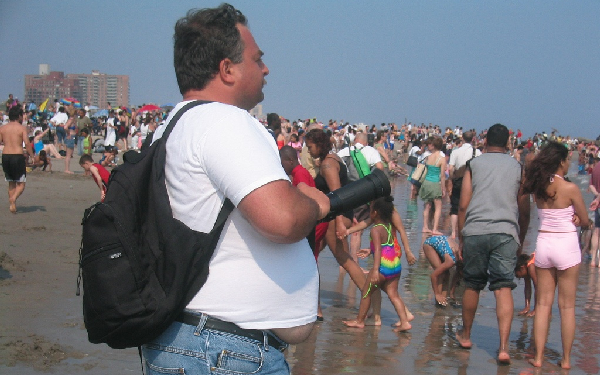 Obnoxious tourists aren’t all from America, although we seem to have more than our fair share. Here’s maybe the most straight up guide ever written on how to spot ugly tourist behavior and avoid it . . .for everyone’s sake.

TUESDAY I WAS STUCK on a bus for four hours. I say ‘stuck’ because there was an American guy behind me yammering away at a very gracious Argentinean woman. I was embarrassed to be from the United States.

“My friends back home would not have been able to stand that. All that Spanish for two hours. No way. They woulda said, ‘I’m outta here,’ and took off after twenty minutes. No way. No. None of those guys back home coulda put up with that. . not that I’m complaining or anything.”

If you don’t know what’s wrong with what the prick said, maybe you should leave international travel for those who do.

First of all – not complaining? Oh yes he was, and in the most insipid way possible, by claiming not to be. The woman he was speaking to was kindly speaking his language on a national holiday that I’m sure she would have enjoyed spending in another way. His statement did more than point out his lack of interest in her language. It revealed his contempt for it.

At the same time he was congratulating himself for “putting up with” two hours of Spanish, he was revealing himself to be someone so dull he couldn’t be bothered to find anything interesting about other people who did not speak English based on their gestures, personalities or expressions.

He revealed himself to be someone who feels he should be catered to, translated for, and that any experience that isn’t set up explicitly for him to enjoy is a situation to be endured rather than appreciated.

A guy from California related the following story to me. By way of background, there is dog shit all over the sidewalks here in Buenos Aires. It’s not uncommon at all to see a genteel looking fellow walking his schnauzer, calmly watching the dog dump a load in the middle of the sidewalk and continue on his way.

People from here complain about it, sure. They also generally know how to avoid it. Back to the guy from California. Here’s what he had to say:

“The other day I saw a woman pick up her dog’s shit. I went up to her and I said, ‘Thank you! Thank you! It’s great that you picked that up! Good job!’”

Can you guess what’s wrong with this?

It’s so patronizing it almost makes me ill.

It implies he has some kind of stake in the city. The guy was here for three months and will probably never be back. It implies that he knows better than the majority of the people here how best to behave.

If I were that woman and some whacked out hippie came up to me with his Yanqui accent and said that, I’d probably be leaving my dog’s turds on the sidewalk from that day forward.

My third tale comes from a blog of an acquaintance from Australia.

There is a lot of trash on the street in Buenos Aires. Some of this has to do with the fact that there are people who pick the trash (cartoneros) who pull recyclables out of the waste of the masses, leaving a swath of loose garbage in their wake. Also, people litter. That’s the city. It’s a dirty city and I like dirty cities, but not this son of a bitch.

He saw a woman throw a candy bar wrapper on the sidewalk. He picked it up and handed it back to her and told her that she’d dropped it, pointing out a nearby trash can.

This guy’s Spanish is rudimentary at best. The anti-litter-bug decided to make a correction. In so doing, he insulted a citizen, and made an ass of himself.

Here’s what his behavior said:

He was so satisfied with himself that given time for reflection, he chose to display his rude and arrogant behavior in a public forum. In this way he flaunted his shitty attitude and feeling of superiority while insulting Buenos Aires as being filthy at the same time.

Lessons learned / How not to be an obnoxious tourist

Here’s the thing. If you’re going to travel, please, please, pretty please keep in mind you are a guest. Here are some lessons from the offenses above:

Lesson 1: Don’t fish for compliments for putting up with another culture.

You are a visitor. The people who have allowed you into their country aren’t props in some little game you have in your mind. You are lucky to be there. Appreciate it and let people know you do.

Lesson 2: Make an attempt to learn the language.

Lesson 3: Be humble. Your country sucks, too.

If someone came to your country as a foreigner and all they did was bitch and complain, taking short breaks to brag about what a trooper they were for sticking it out or putting up with the way things were, you might be nice to their face, but you’d be thinking, “Why don’t you just go home if you hate it so much, you putrid bastard?”

The best way to behave, at least until you’ve gotten your bearings, is as if you are in the house of your friend’s parents. Be on your best behavior. Clean up after yourself. Mind your manners. Ask before taking. Listen when spoken to. Apologize if you do not understand. Treat the people with respect.