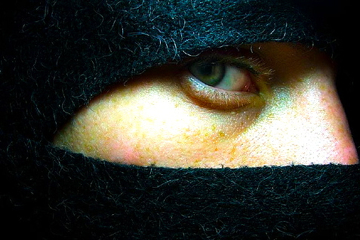 NINJAS NEVER REST while there is footage to be shot or a fresh video to upload.

They roam the land, camera in hand, searching for their next target, moving fast and filming with impunity.

At MatadorTV we honor these creative opportunists with the title Travel Video Ninja.

This week’s ninja is Nick Vivion. Nick is a YouTube partner who has also created videos for Lonely Planet and Current TV, and has 100+ videos on YouTube. He’s traveled and filmed all over the world.

Browse Nick’s videos and learn from one of MatadorTV’s most ferocious Ninjas!

THIS PAST MONTH’S NINJAS

Lindsay Clark ~ One of the newest members of the Matador team, Lindsay was MatadorTV’s first TVN. She has a killer blog, a beefy YouTube channel chock full of travel goodness and was an STA traveler intern for 2009. Lindsay is also works as a producer for ProjectExplorer.org, a non-profit creates educational programming for classrooms.

Graham Styles ~ The fact that Graham shot and edited his travel videos on the road while traveling South America by motorcycle alone grants him Ninja status. His wit and willingness to vlog from abandoned, windswept roads keep me watching his Brainrotting travel video series.

Mark Shea ~ Mark Shea a.k.a .”The Overlander ” is a YouTube powerhouse with over 7,000 subscribers and a ton of well-crafted, informative travel vids. His specialty is video guides that allow you to “experience” a destination with a local.”

Mr. E ~ Sometimes one killer video can make you a Ninja. While Mr. E has several dozen videos on YouTube, his harrowing coverage of a Nepalese village fighting a fire is a travel video I will never forget. Mr. E shows us that shooting first and asking questions later can make for very compelling videos.

Are you a Travel Video Ninja? Is there a TVN in your midst? ( FYI if you can’t see them they are probably hiding in a shadow waiting to strike!)

Shoot me an email at josh at matadornetwork.com to nominate a ninja of the week.