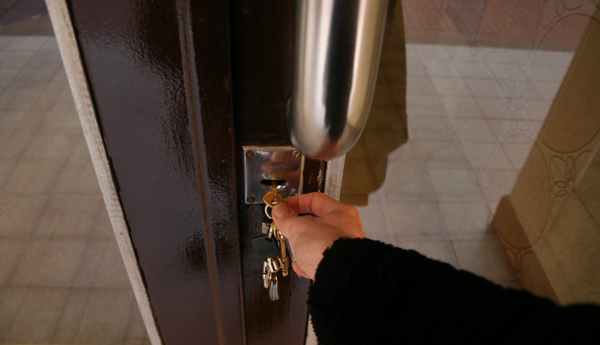 Kate Sedgwick peels back the layers of a strange and poignant moment in a tower in Buenos Aires where people know more about each other through sounds and stories than anything else.

I’M SURE THE woman upstairs hears us when we’re having sex. I know this because the only time I ever hear her moving furniture up there is when we’re lying, sweaty and quiet, breathing together in those long, slow minutes afterwards. The squeak of a chair, then the rhythm of its legs rumbling overhead.

He was on vacation the first time I talked to her. Alone for a month in his neighborhood where we’d moved in together, the water had gone out. The elevator was on the fritz. I could hear its moaning, slow trajectory before I turned the spigot and nothing happened. I stood in the dark landing waiting for it to grind to my floor, listening to the angry voices below.

When I reached the bottom floor, the entry was full of residents. I figured since I was one, I’d listen for a while, but she approached me. She spoke to me in Spanish the way one might address a disabled child, with patience and eye contact and lips that stretched to demonstrate each vowel. “Qué necesitas?” 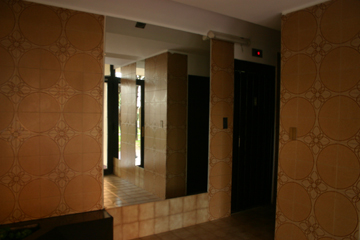 I was filled with foreigner’s dread, knowing I was a curiosity first, an individual second, and just another resident free to wander into the foyer and passively listen to the lively bitch-fest jamás de los jamases.*

All conversation had stopped to accommodate the stranger, and I’m sure my face froze as all eyes turned to me. As soon as someone is expecting me to speak Spanish, my tongue can’t find the words. I stammered, “No hay agua. No tengo nada para tomar.” She continued in her speech therapist’s stage whisper in the watchful silence to tell me there was no water in the building.

I had gathered this, but nodded with a small, tight smile. She told me to go up and get a bucket so I could draw from the tap by the pump, and I suppose I should have taken the stairs, but I got right back in the elevator to retrieve the buckets, hearing the conversation resume over its studder.

While I filled first the red one then the blue one in the moldy utility closet, and for minutes afterwards, the weight of gallons pulling my arms long, she told me she had been an English teacher. She said the problem with the water was a problem with the electricity, and spoke some English, checking with me that it was correct, looking into my eyes for approval.

I assured her that her English was perfect and when another resident broke in to discuss something, she repeated everything I had just understood in the same, slow, deliberate Spanish. I cut out as the conversation with the neighbor absorbed her with a thanks and a goodnight. 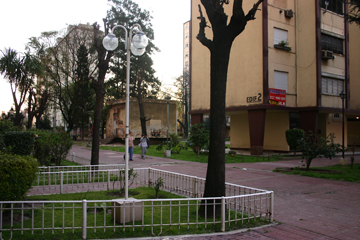 Last week when I got home from work, he told me that her daughter had died. He’d seen her in the elevator with her husband, though we know she lives alone. Thirty years old, she lived in the adjoining tower and had a heart problem.

On my way to work yesterday, I got into the elevator, my new backpack taking too much space, giggling about it to the man who’d opened the door for me and as I turned to squeeze in, I saw the door had been blocking the woman from upstairs. Instantly, my giggling was inappropriate and I looked into her face and saw the pain in her eyes.

In that instant, I couldn’t justify my mirth with the condolences I should have offered. I sobered my expression and in that short moment, I made a bad and cruel decision to pretend I knew nothing and said, “Cómo va?”

I felt the depth of her sorrow as she said, “Nuestra hija falleció.”

*Never of the nevers – When pigs fly.