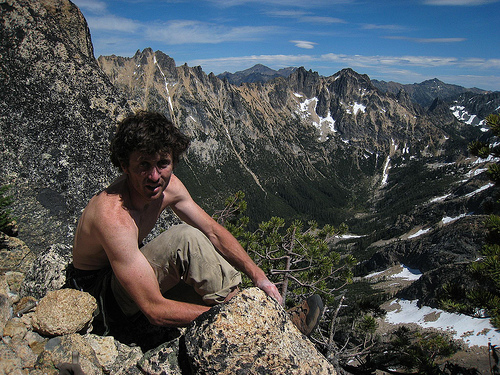 FITZ has had a big week. His Nat Geo Adventure Video series Fringe Elements debuted less than a week ago and “The Love Letter” – his ode to a 300-mile hike through the Sierra with his wife Becca – went live on the 12th on Outdoor Research’s and Osprey’s websites.

He is a storyteller.

In The Love Letter Fitz asks, “In the clutter of the modern world, can wilderness restore the human spirit?”

To me Fitz embodies what is going right in online storytelling. His videos, blogs and podcasts are rooted in story, in people. I like this. To some, it is enough to show a sick line being shredded, but to Fitz and his creative collaborator Bryan Smith the meat and potatoes of outdoor media is the backstory, the underground. He says:

Stories are the currency of being in the outdoors. It is this process of going out there and coming back changed with something to share, with a story to tell.

Sometimes the stories are small, sometimes they are huge. That is a huge part of travel, to go out and gather those experiences, to be changed and come home and have these stories.

Before his Dirtbag Diaries days, before huge brands backed his vision, Fitz was frustrated with traditional outdoor media storytelling. He felt it had stagnated. He joked about about the prevalence of top ten lists and abstractions, saying “top ten lists are what’s wrong with traditional media…they could ruin outdoor journalism…it’s cheap, it’s easy.”

Fitz thinks that ” the nuts and bolts of good storytelling will drive traffic online. Traditional brands forgot about their readers and started focus on their ads and online storytelling is taking that back.”

His successful projects with Reel Water Productions, his reputation for telling good stories and his loyal fan base on The Dirtbag Diaries have gotten him support from faithful sponsors and the opportunity to pursue more stories and create more media. 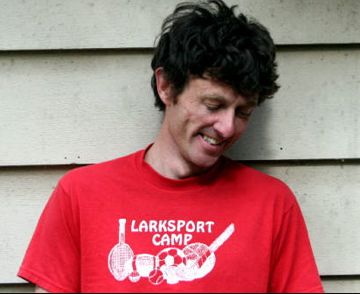 “We have a good niche at Dirtbag Diaries,” he says. “My whole idea was that there was something beyond me… many of the stories come from the core audience of The Dirtbag Dairies. We do what resonates and we don’t claim anything, we are not bragging about anything. It has always been about the story, like ‘here’s the story… it’s honest and we worked really hard on it.

Filmed last Sept. on a month-long hike through the ridges and valleys of the Sierra with his partner Becca, The Love Letter is a tender, playful, honest, and beautifully filmed journey.

“I had thought about that trip for 10 years… it was the kind of trip that when I was younger I didn’t have the focus for. There was a point last year where I was working my ass off and I just wasn’t … happy. And I don’t mind admitting this, I was drinking too much, not sleeping. I am not the type of person that is constantly plugged in all the time… but I was. I just wasn’t happy and I knew this trip was coming.

When I ask what he wanted to communicate with The Love Letter he looks out the window.

Matador has been featuring lots of Fitz Cahall’s work at MatadorTV. Chek out the episode of the The Season.