I arrived in Antarctica on October 1, 2012, with the plan to work there for four and a half months and then continue my travels. Somehow I ended up staying for 14 months. My friends joked that if there was anywhere on Earth I’d “settle down” for a bit, the bottom of the world was quite fitting for me.

No one owns the continent (despite seven countries claiming part of Antarctica), but many nations have research bases there. The Antarctic Treaty of 1961 only allows the continent to be used for peaceful purposes (e.g., science and tourism). McMurdo Station is the base and jumping-off point for almost every type of science project you could imagine, like:

Antarctica is a center for groundbreaking scientific research. My job in this frozen land was to support science. This led to some of the most amazing experiences of my life, which I was able to capture through the lens of my camera. 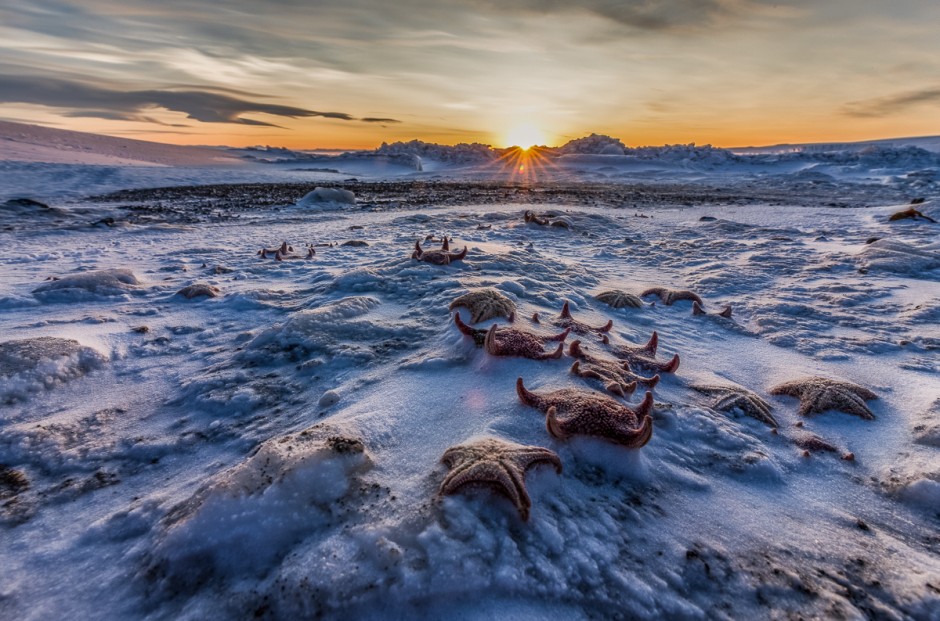 After the long, dark Antarctic winter, the days are finally full of light, and the continent comes alive again. All except for these starfish that were somehow washed up on the shore and frozen during the winter months. No one's figured out how this happens. 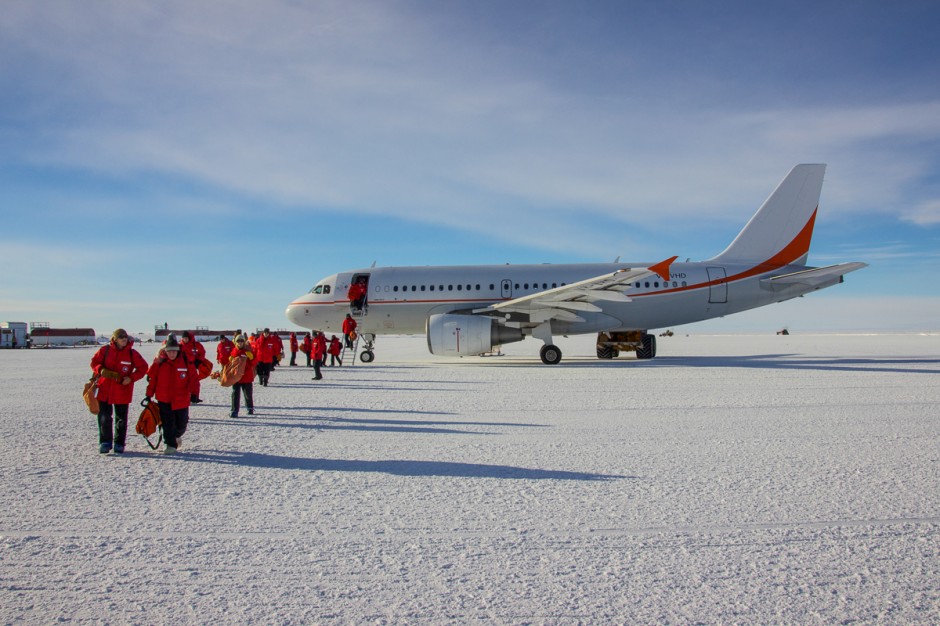 McMurdo Station is best accessed from Christchurch, New Zealand. A variety of wheeled and ski-equipped civilian and military airplanes assist the United States Antarctic Program (USAP) in their scientific mission. My first trip to “the Ice” (as it's fondly referred to by USAP workers) is relatively luxurious on a five-hour flight aboard an Airbus 319 leased from the Australian Antarctic Division—luxurious compared to an eight-hour flight in military seating aboard a ski-equipped US Air National Guard LC-130. 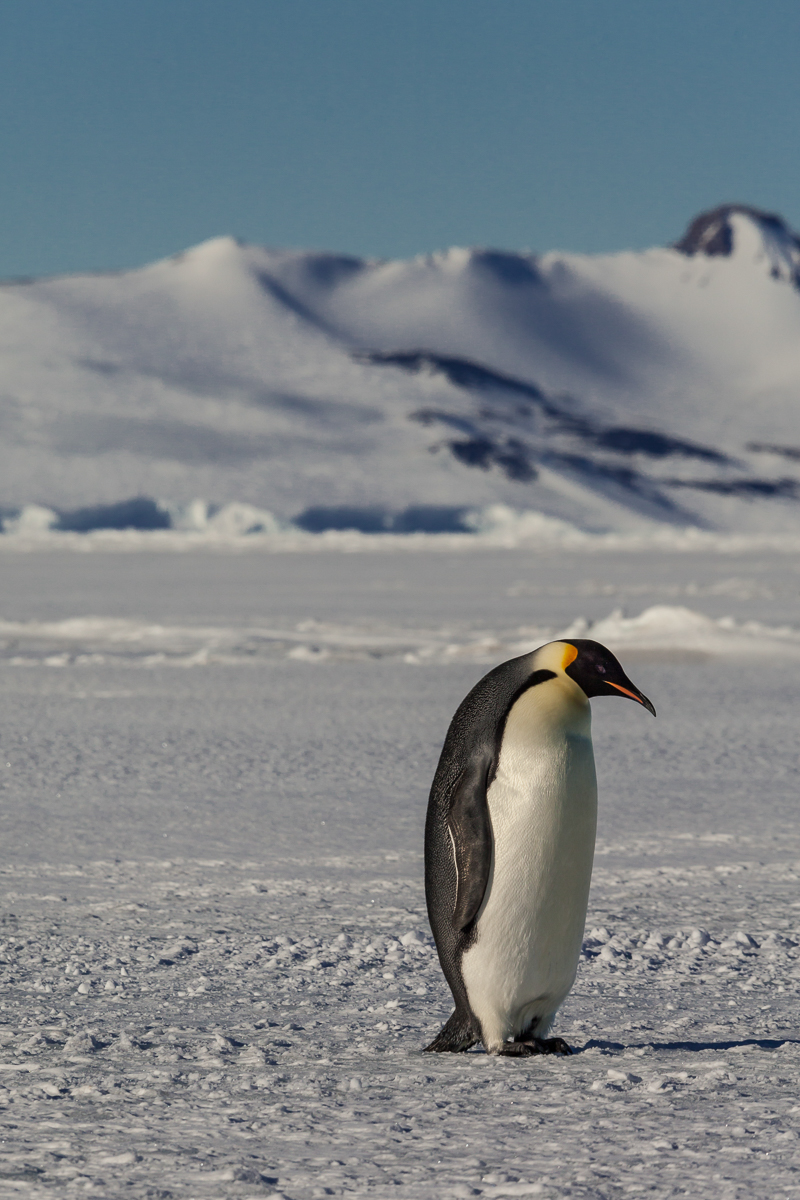 Penguins are one of the first things that come to mind when someone mentions Antarctica. I luck out and see my first Emperor penguin just 10 days after arriving. They're smaller than I expected. 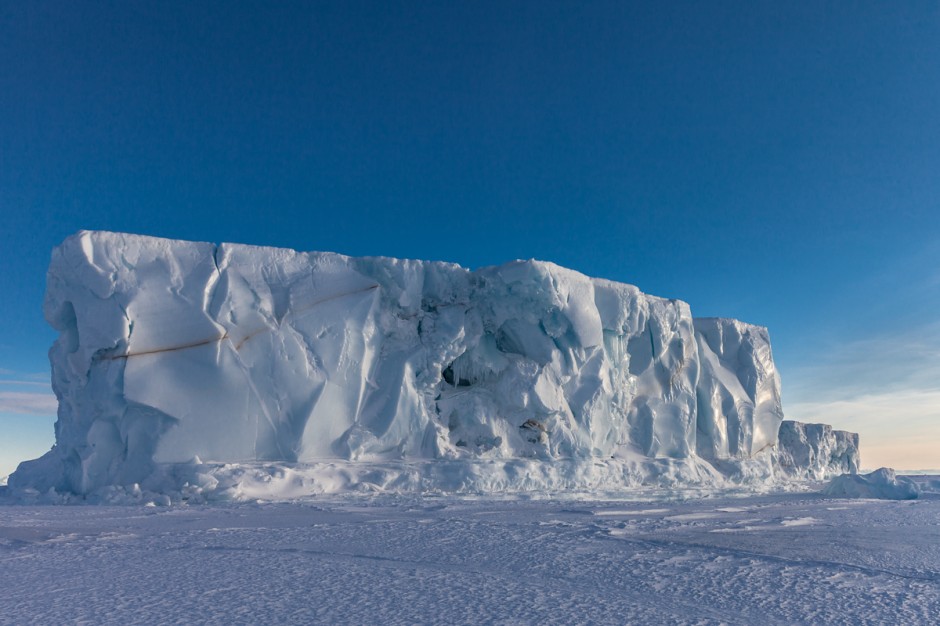 The ocean around Antarctica is frozen for much of the year, and the surface of the sea ice almost doubles the size of the continent. Here, an iceberg (a piece of freshwater ice broken off from a glacier or ice shelf) is frozen into the sea ice (frozen ocean/salt water). 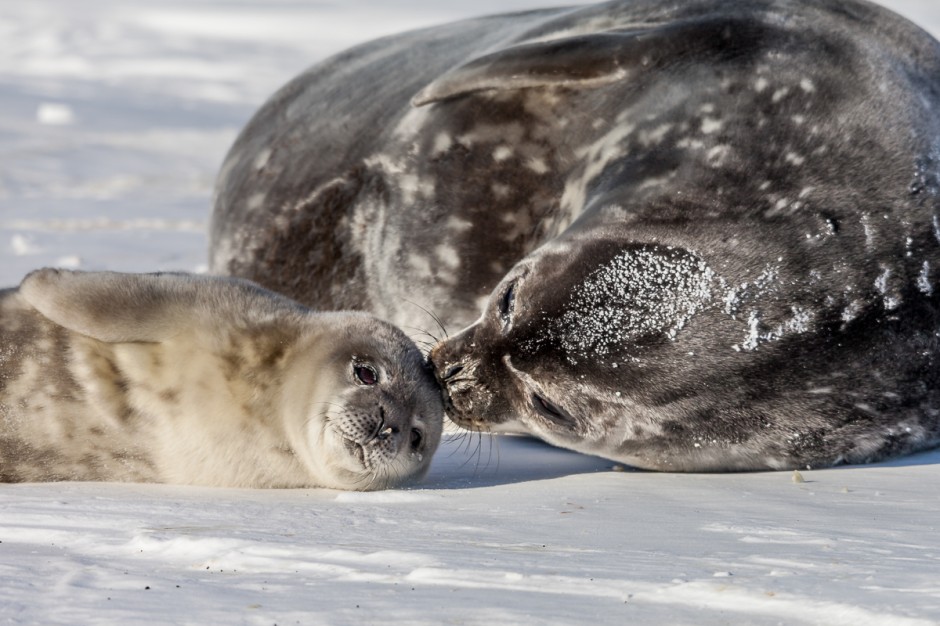 November is always a busy month. Most of the field camps are in place, and most research projects are in full swing. Weddell seals, too, are busy, caring for their pups, which weigh about 60 pounds when they're born. They grow fast (gaining up to five pounds a day!) to take advantage of the short summer season. 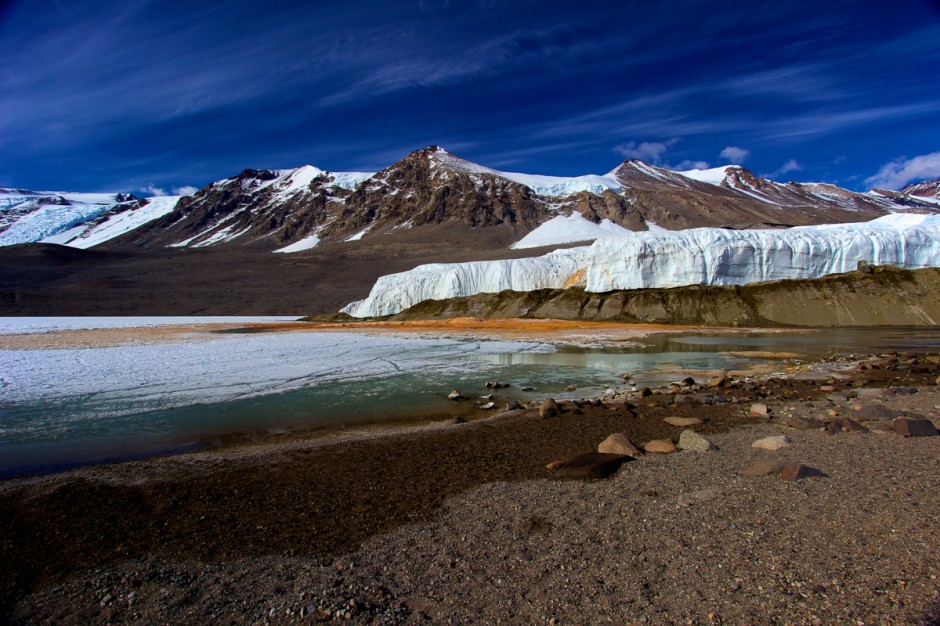 Not all of Antarctica is covered in ice. The Dry Valleys region receives little snow and often has very high winds that blow the limited snowfall away. The red area above, Blood Falls, comes out of the Taylor Glacier and is colored red due to the super salty, iron-rich water that flows from underneath the glacier and rusts (creating iron oxide) when it hits the air. 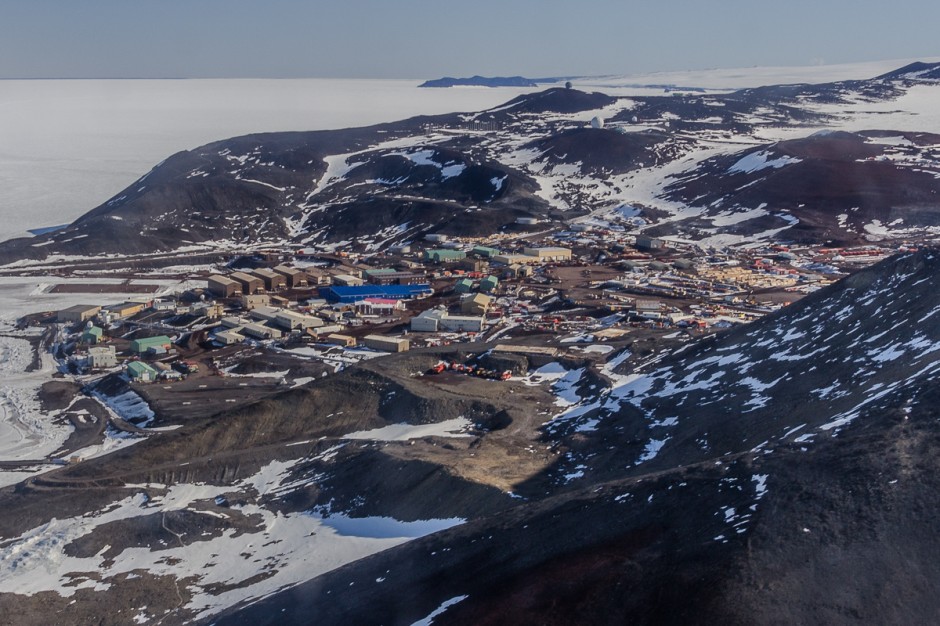 Compared to many other Antarctic stations, McMurdo is a sprawling metropolis. The big brown buildings in the upper left are the dorms, and the blue building in the center of town is where the galley and store and most offices are located. You can see almost 20 miles beyond the sea ice to open ocean, which is the thin blue line in the upper left corner of the frame.

Ross Island, where McMurdo is located, was a starting point for many Antarctic expeditions. Three intact huts are located on the island: two from Robert Falcon Scott and one from Ernest Shackleton. These are provisions left in Scott’s Cape Evans hut, where he and his crew spent the winter of 1911. Both Scott and Shackleton were attempting to get to the South Pole. Shackleton never made it to the Pole because he knew he didn’t have enough provisions to survive the return trip. Scott reached the pole only to realize Roald Amundsen had beaten him there by just 33 days. Scott and his men perished on the return trip. 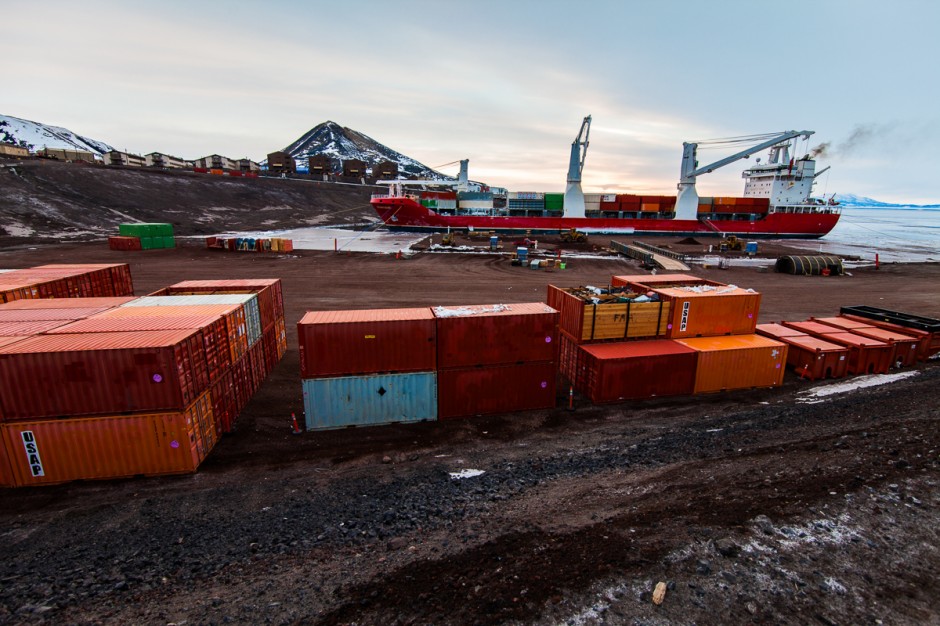 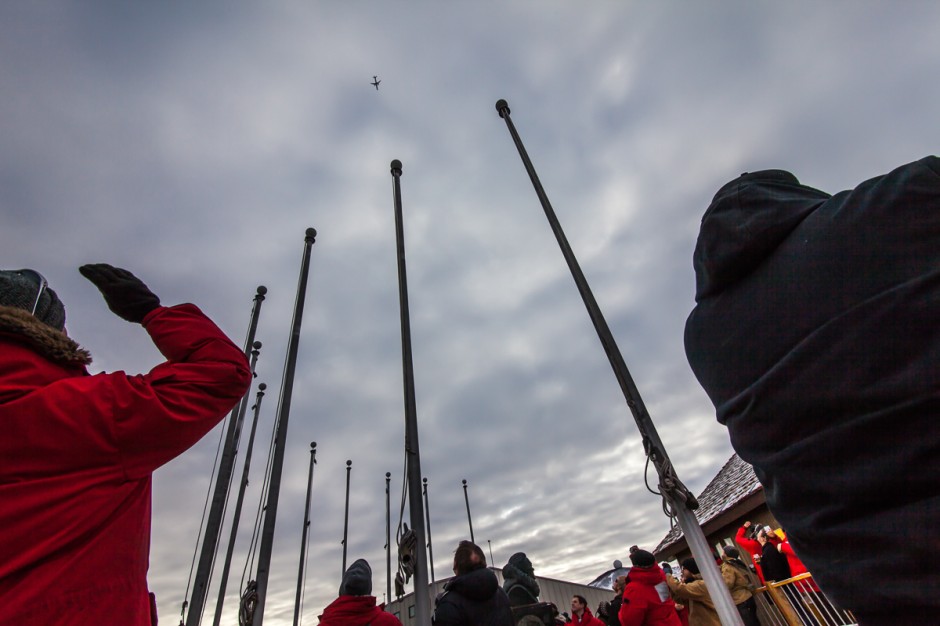 March signifies the closing of the station for the summer season. The last flight departs on March 9, leaving only 141 people in town for the long, dark winter. I expected to be filled with dread when I saw the last plane leave, but instead I'm filled with curiosity and excitement about the upcoming winter. 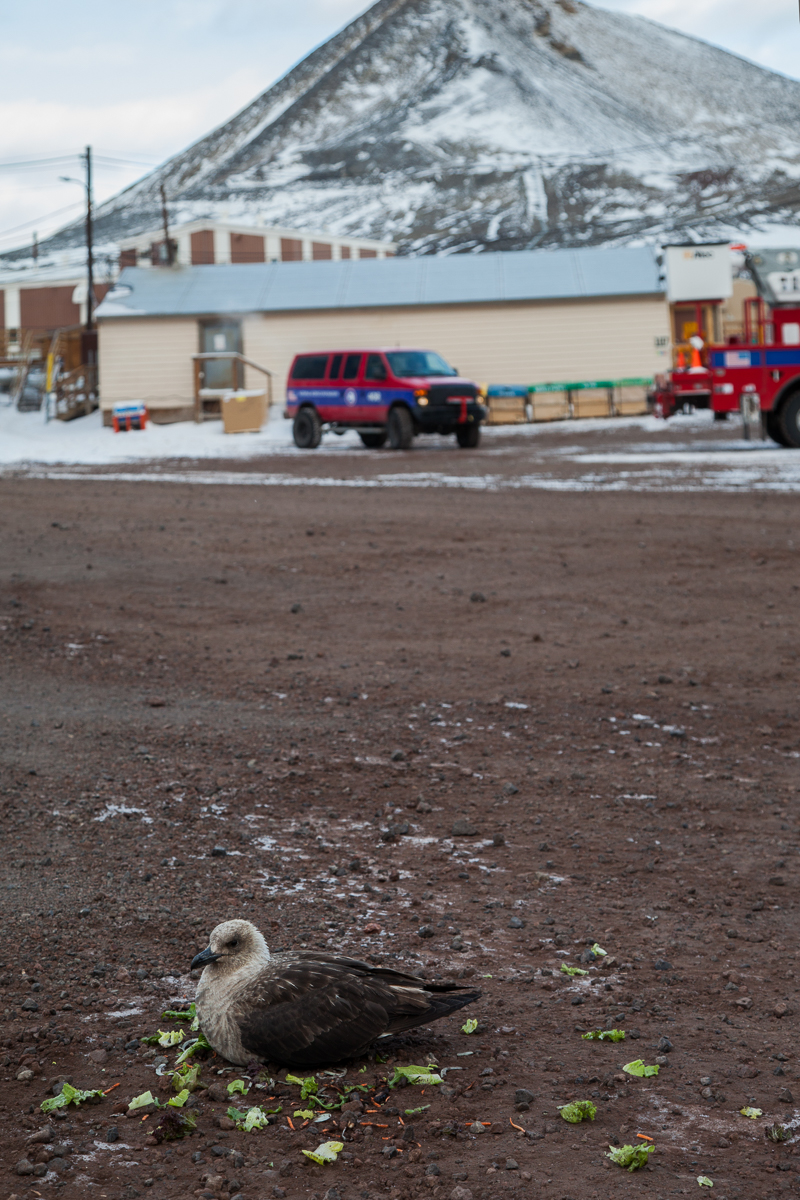 Fresh food is always a precious commodity at McMurdo, but this is especially apparent as our last lettuce leaves start to wilt in March. This south polar skua (a bird I'd consider part dirty seagull and part ingenious raven) dive-bombed an unsuspecting worker carrying food and scared the person into dropping one of the last salads of the year. 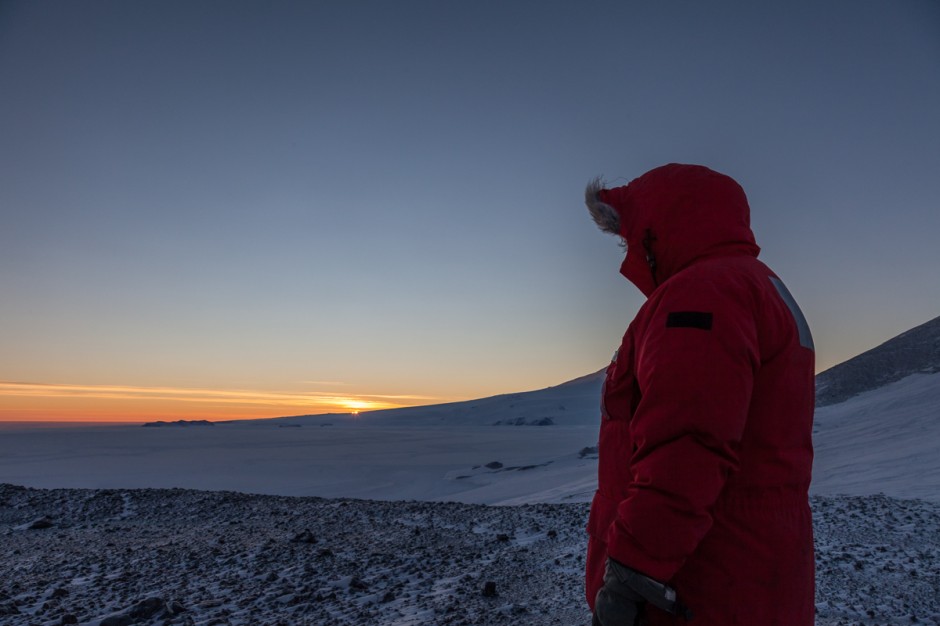 On April 24 the sun sets for the last time for four months. Some of us view it from the hills above McMurdo Station. We stare into the last sliver of the sun until our eyes hurt—after all, we'll have four months for that pain to go away. As with the departure of the last flight of the season, I feel more excitement than I expected, rather than fear of the darkness. 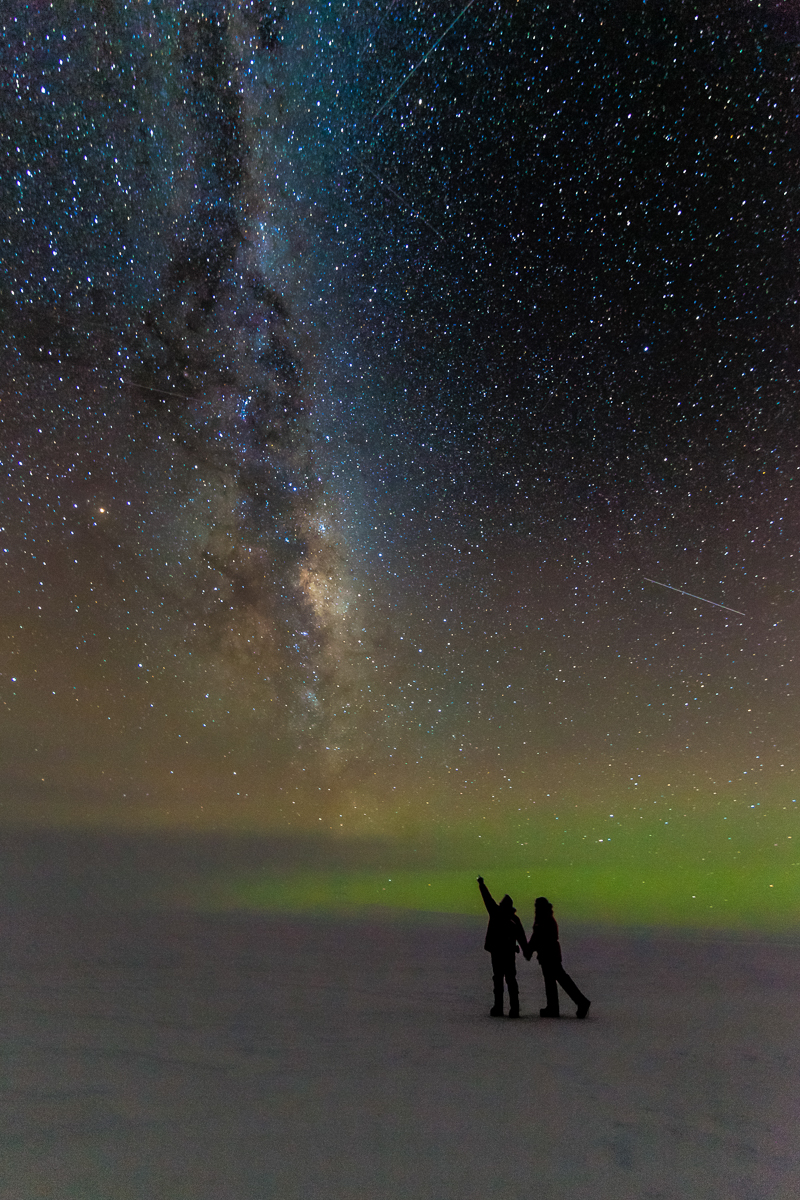 In May the darkness finally sets in. There isn’t much light left during the day, and the wonders of the night (or day, depending on how you look at it) really start to show themselves. This is by far my favorite and most popular photo from the thousands upon thousands of images I took during my 410 days in Antarctica.

June is the darkest month, and the night sky reveals its brighter secrets—even in the middle of the day. This is from the top of Observation Hill, which rises 600 feet above McMurdo. Saturn is the bright dot in the sky on the left, McMurdo is the bright sprawl of lights, and New Zealand’s Scott Base is the small, bright light in the center. The central red dots are the wind turbines that are almost always turning, and the tiny light on the right is the sole beacon from the ice runway, awaiting flights when the sun rises again. 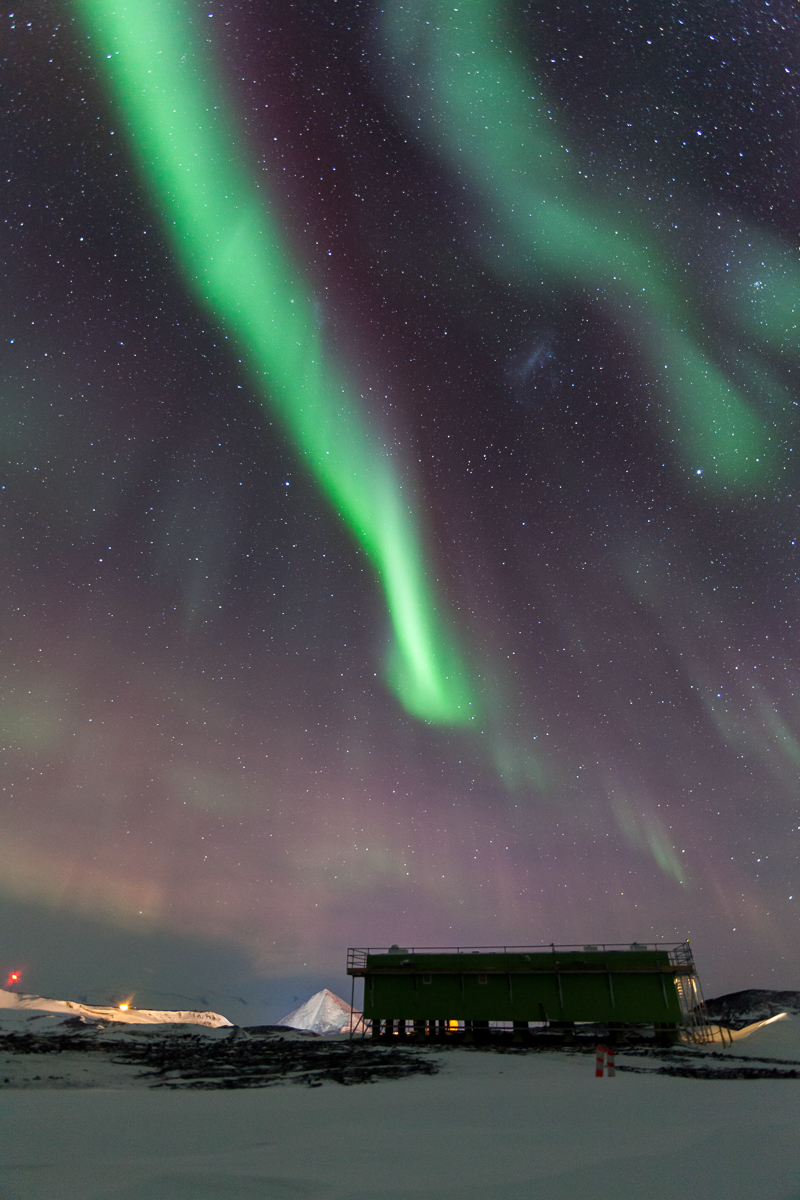 After a few months of darkness, “winter brain” starts to set in. Thanks to the lack of sunlight and mental stimulation, people forget words, thoughts, names of coworkers, even words for meals, like “dinner.” Yes, winter brain is real. Months after the winter, and leaving the continent, I'm still blaming every mishap in my life on winter brain, but my friends and family aren’t buying it anymore. 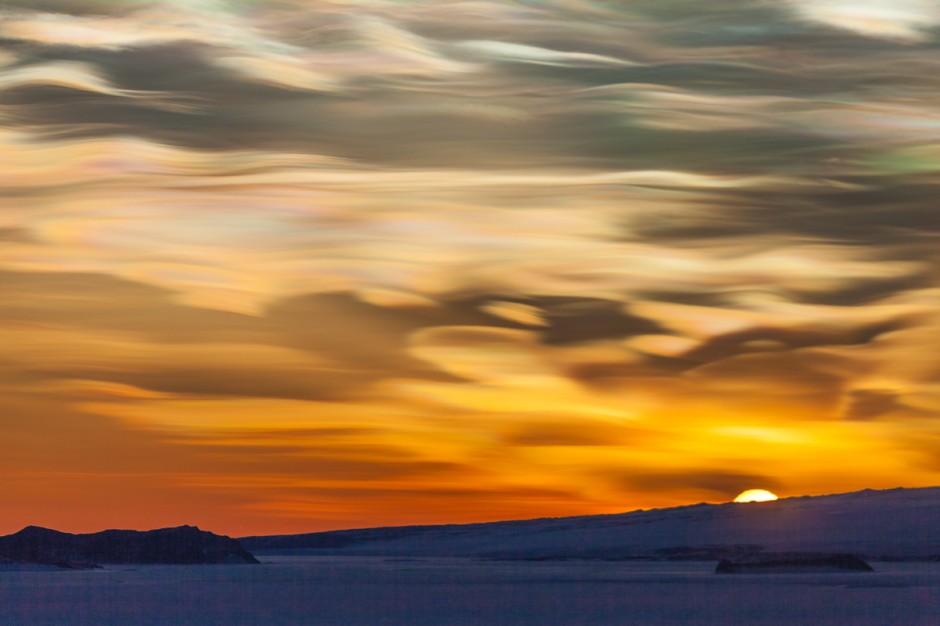 After four months of no sunlight, the sun rises again on August 19. The preceding weeks of twilight and sunrise-colored clouds leading up to my first vision of the sun are the hardest parts of the long winter. The anticipation, the need for sunlight, is dire. Initially, the sun is only visible from the hills above McMurdo; the light won't hit the buildings of our little community until almost two weeks later. 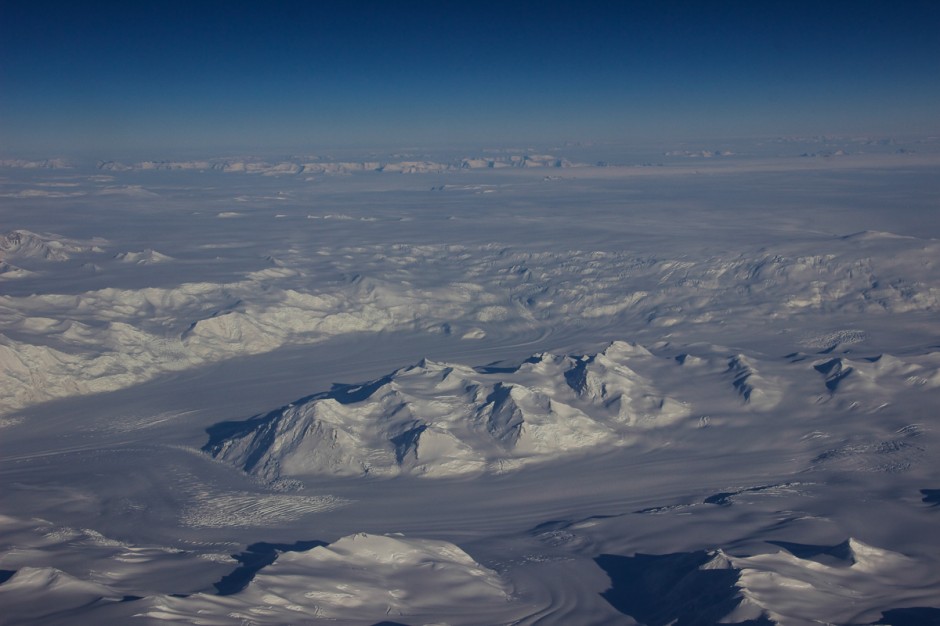 Antarctic: A year in photos

From above, it's easy to see why there are no people indigenous to Antarctica and only a few hearty creatures make the coastal regions of the continent home. Unfortunately, the continent's unexplored secrets may never be known. The ice at the bottom of the earth holds the key to our survival, but it's melting faster than we can imagine. It may disappear before we can save this frozen landscape—and ourselves.

Tagged
Narrative Student Work Antarctica
What did you think of this story?
Meh
Good
Awesome

May 11, 2016 Ben Lambert
✖
travelstoke
Download the mobile app
stoked by