Some nights when you’re with BFFs whose friendships add up to more than the sum of your life – you go for the town’s best comfort food and a local institution – welcome to the Dicks’s Deluxe heaven. #eeeeeats #smallbusiness #seattleeats #burger #classicseattle

After waiting in the long-as-hell line in the cold rain after your night out in Queen Anne, it feels like Christmas waiting to get that shiny orange wrapper in your hands to help warm you up. 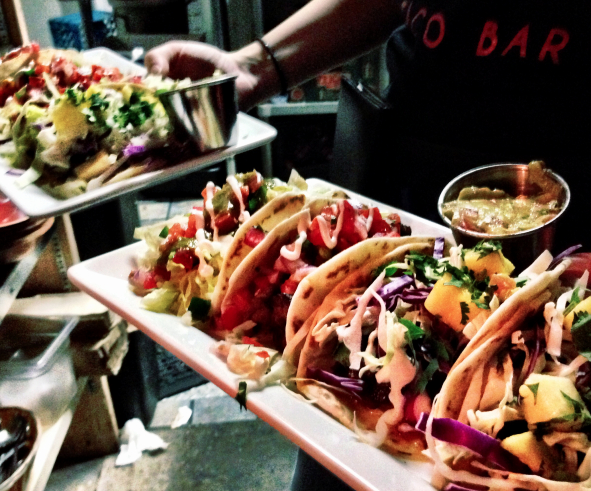 At only $4 per taco, take your extra money after to get a couple of shot skis at Woodsky’s down the street. You’ll need them to help make you forget that your mouth is on fire. 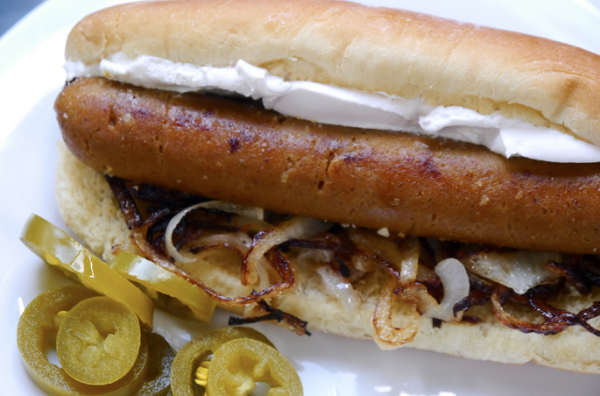 No long night of downing PBRs at the Unicorn could ever be called complete without a stumble down to the hot dog stands on the corner of Pike and Pine to sober up with a hot dog topped with cream cheese and grilled onions.

Locals know to completely stuff themselves silly with this chipotle tortilla bursting at the seams with chorizo, scrambled eggs and warm potatoes before heading out on a morning kayak trip around Lake Washington.

Fresh, locally caught salmon is cooked on a cedar plank to give it an ever so slightly smoky flavor that we’re so proud of in the Northwest. With views of the Sound and the city skyline, the tender salmon with the side of fluffy, buttery potatoes make this one of the most enjoyable meals you’ve ever had.

Even the most typically health-conscious vegan Seattle-ite seems to have no problem treating themselves to chocolate buttercream and chocolate shavings on a chocolate cupcake after dinner in Ballard.

I dare you to try to eat more than two slices during an entire Seahawks game.

#mollymoons #fall #pnw #icecream We usually do what we want, when we want. Nough’ said.

The illogic of this seemingly strange combination will blow your mind as well as your tastebuds. Then you’ll go back for more as all good Molly Moon’s addicts do.

Everyone has good intentions of not eating too much chocolate before they go on the tour at Theo’s…but no one I know had ever managed to ever stick to it. Ever. A walk to Fremont after is a given in order to burn off the absurd amounts of sugar just injested.

Heaps of garlic on almost too-hot-to-touch fries… with a side of apples (yes, apples)… have become a tradition at Mariners games, even if you have just filled up on Ivar’s chowder and fries.

Tagged
Food + Drink Student Work
What did you think of this story?
Meh
Good
Awesome