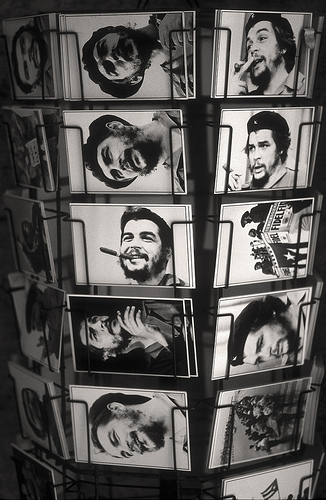 Sure, Che’s handsome face emblazons t-shirts, belt buckles, bookbags, and tattooed arms and chests the world over, but what do you REALLY know about Che?

Check out these 11 facts to see how solid your knowledge of the man behind the iconic image is:

1) Che was not Cuban. He was born in the city of Rosario, Argentina and he never naturalized as a Cuban.

3) Che was a dentist by trade. (Better looking than any dentist I’ve ever had!). Some sources contend, however, that Che never finished his degree.

4) Che did not have any official military training.

5) Che was introduced to Fidel Castro in Mexico in 1955. Che lived for awhile at 40 Napoles Street in Mexico City, which happens to be right around the corner from where I live.

6) Che Guevara has five children. While living at 40 Napoles, Che learned that his first wife, Hilda Gadea, was pregnant with their daughter, who was born in Mexico City on February 15, 1956. Che had four children with his second wife, the revolutionary Aleida March.

8 ) The famous photograph of Che that would turn him into a revolutionary icon was taken by the Cuban photographer Alberto Korda on March 5, 1960. This photograph is the most widely reproduced picture in the world and in the history of photography. 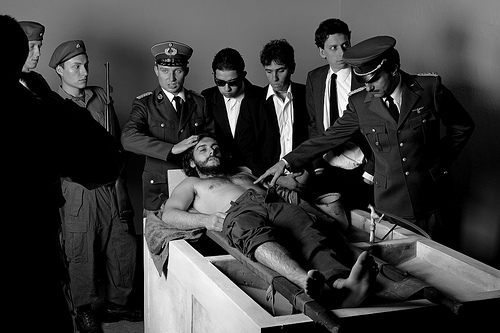 11) Che’s famous photograph first appeared worldwide 7 years after his death. It wasn’t until 2000, however, that the image began to be reproduced at an unprecedented rate, appearing on t-shirts, coffee mugs, watches, hats, and even in snow globes.