MANY ANALYSTS here and abroad agree it was a smart political move for the U.S. presidential nominee, but some argue it was just a drop in a substantial bucket of goodwill needed to improve international relations with America.

As President George W. Bush nears the end of a mostly disastrous eight-year term, he too should be given credit for public appearances overseas.

Traveling by air — er, compressed air, that is — and landing on everything from brick walls to telephone poles to the doors of trash chutes, Bush boasts a presence in just about every last nook in the world.

Unlike Bush’s approval rating, attendance at Disney theme parks doesn’t seem to have taken a hit in America’s worsening economy. 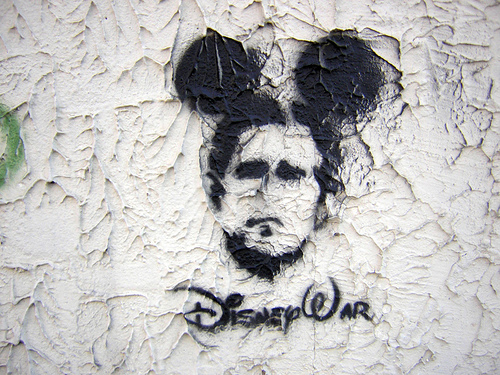 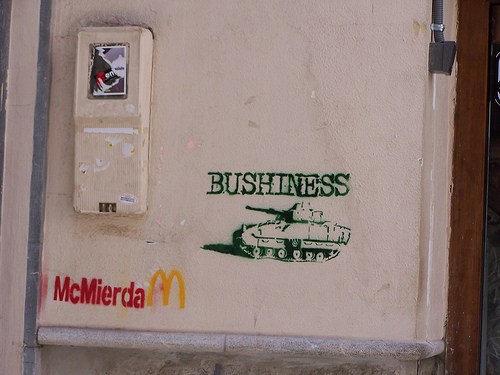 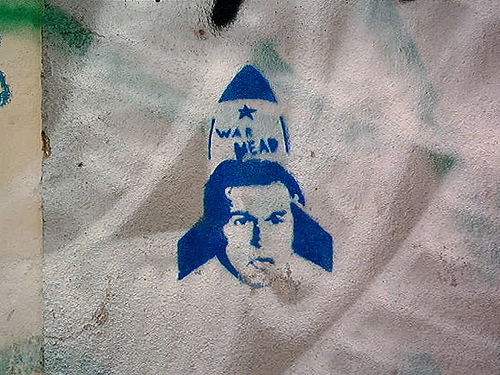 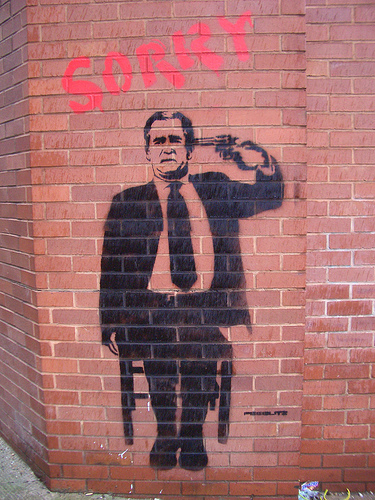 Faded from foot traffic, the sidewalk mugshot reads: Wanted Dead: George W. Bush, for crimes against humanity and the planet. 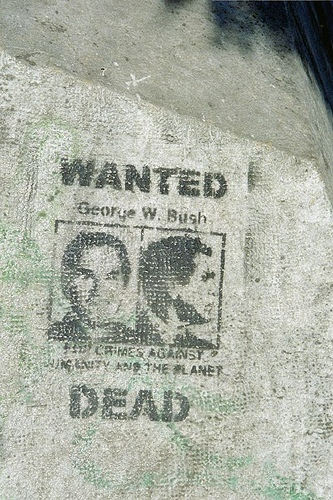 Bush faces off with Osama bin Laden outside a record store in Berlin. War is terror, the caption reads.

Senator Obama’s tour included a stop in Berlin, where he gave a speech to a crowd of more than 200,000. American blogger Fred Wilson responds: “This kind of worldwide popularity is something we need in the US right now.” 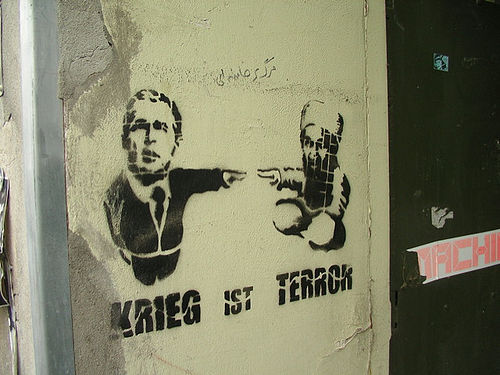 This makeshift banner welcomed Bush to Uruguay in March of 2007, when Bush met with President Tabaré Vasquez. 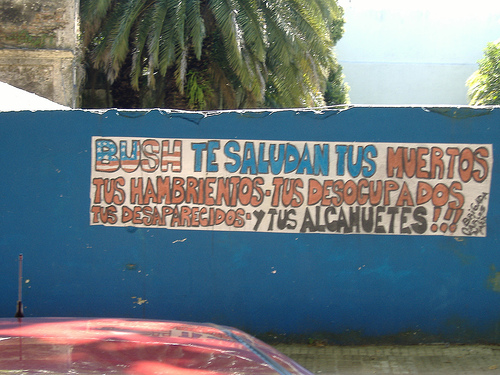 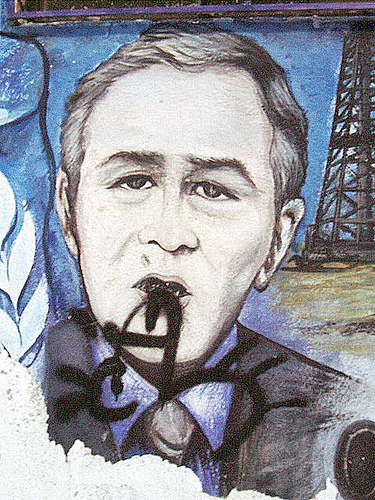 Give Bush an inch, and he’ll bomb a country, one stencil remarks.

Bush’s critics argue he never should have sent troops to battle without Congressional approval. Legally, the power to declare war lies in the hands of the Congress, not the President. 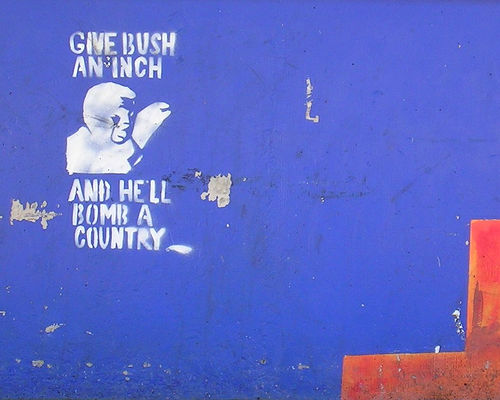 Flanked by missiles, could Bush be folding his hands in prayer? 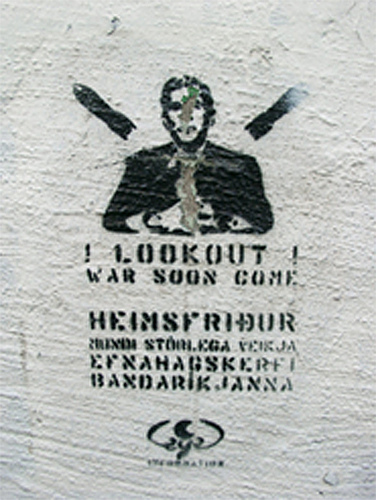 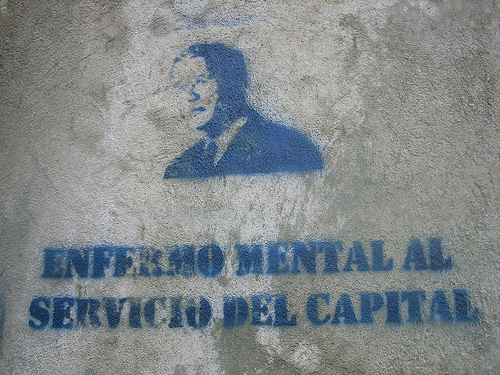 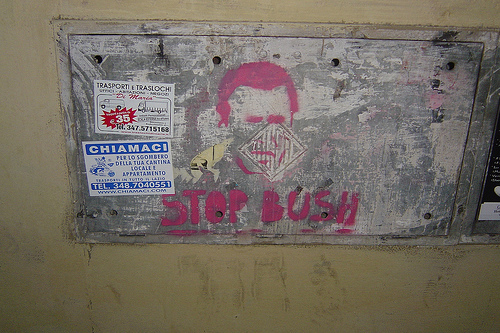 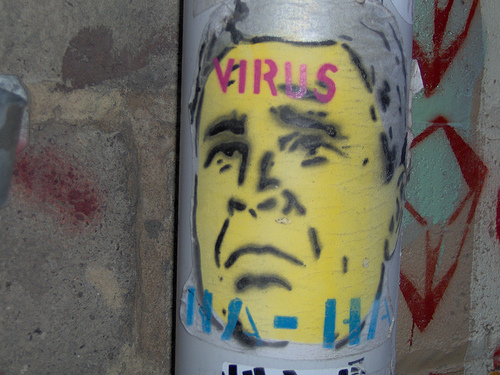 Joyfully riding a missile — gut protruding, cowboy hat waving — Bush’s embodiment of Texan stereotypes is as much the subject of this artist’s mockery as the President’s flippant attitude toward explosives. 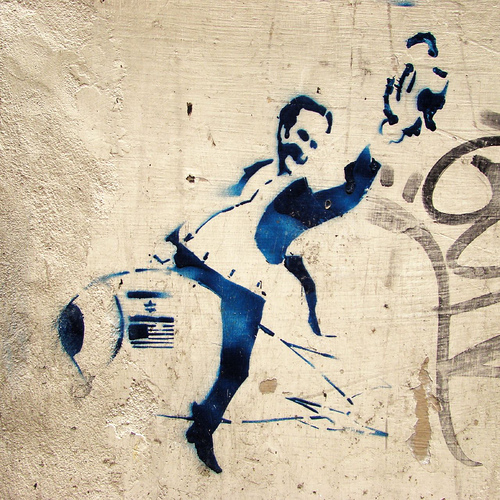 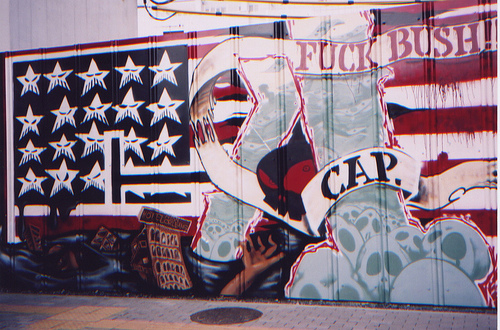 A donkey-eared Bush and his toy tank ponder their next move. 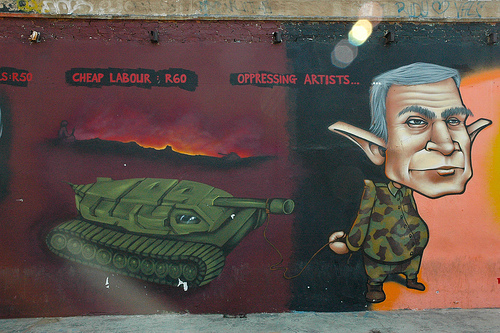 Bush is pictured here with Ariel Sharon, Israeli Prime Minister when this photo was taken in 2006. 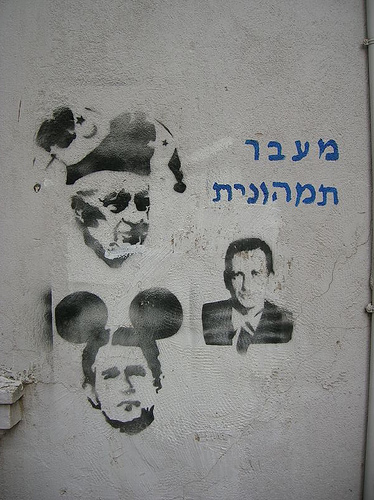 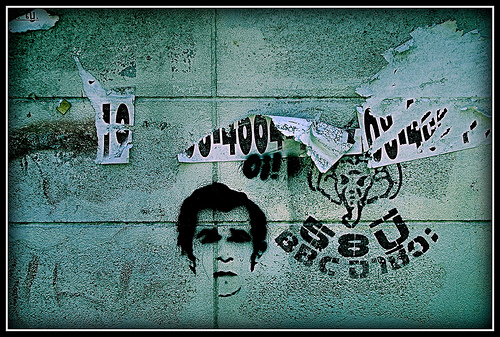 Bush, a United Methodist, tries on some Devil horns in the city of Jesus’ birth. 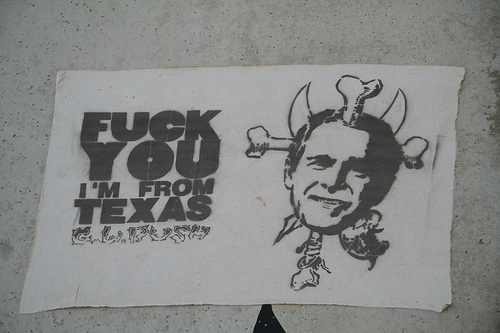 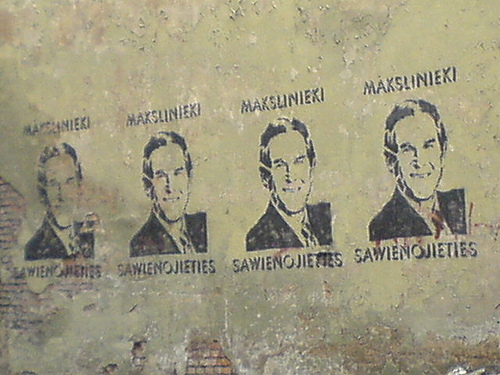 What are we going to do tonight, George?
What we do every night, Steve. Try to take over the world. 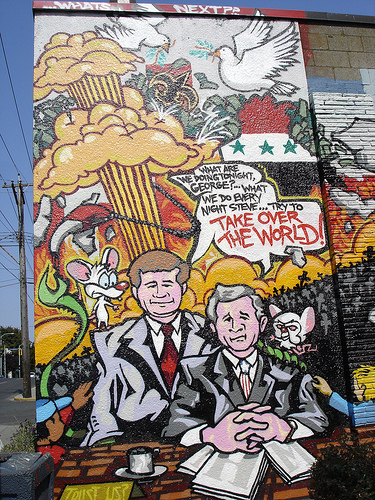 Lyrics to the United States national anthem take on a less hopeful meaning. 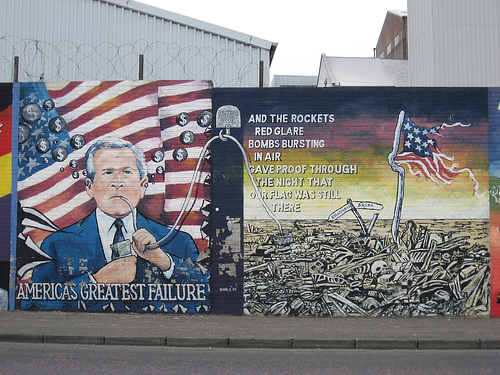 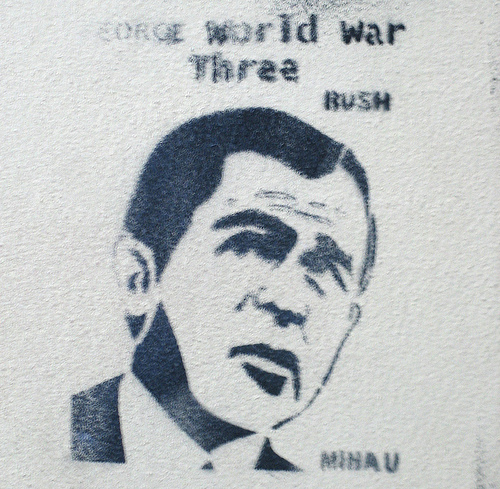 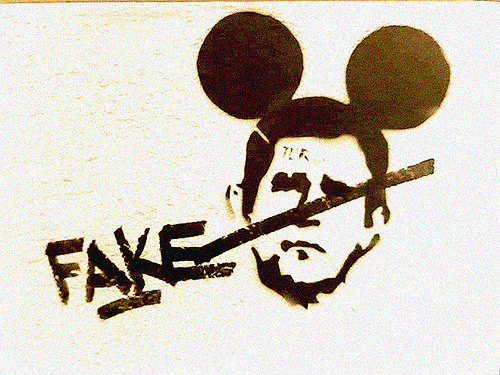 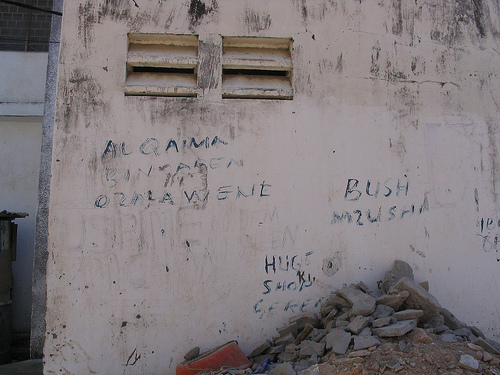 As voters and the media shift their attention toward the November elections, Bush’s reign as one of the most widely loathed political leaders comes to a close. With fewer than a hundred days before a successor is named, here’s to hoping that displays like these will stop appearing — and won’t reemerge with the likeness of Senator John McCain.

Tagged
Activism Photo + Video + Film
What did you think of this story?
Meh
Good
Awesome