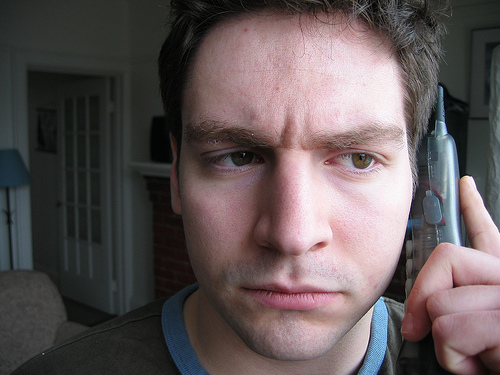 In a growing number of states, including key swing states of New Jersey and Florida, Jewish voters are being targeted with telephone calls inviting them to take part in a survey. The questions begin by asking for their positions on various issues and then turn to personal questions about religion, specifically asking them “Are you Jewish?”

If the person called answers in the affirmative, the caller begins asking a series of questions based on false information, such as, “How would you vote if you knew Barack Obama gave money to the PLO?”

Known as “push-polling,” this is very same tactic used against John McCain in the 2000 primary. Tucker Eskew, a key figure in Bush’s South Carolina primary campaign, devised a push poll strategy where callers asked South Carolina voters “How would you vote if you knew that John McCain has an illegitimate black baby?”

Now, according to ABC News, Tucker Eskew was recently hired by the McCain campaign.

Is this the guy–someone who turns around and hires the very same people who smeared his family–you want running the country?

What will it take for people to understand that electing another win-at-all-costs puppet of big oil and corporations will only continue this country on its sharply downward trajectory?