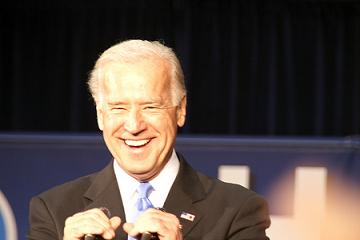 US Vice-President Joe Biden, not one known for circumspect speech, has just returned from a trip to Latin America.

The veep, whose trip was a goodwill move intended to pave the way for President Obama’s participation in the Summit of the Americas later this month, attended the Progressive Governance Conference along with the presidents of Argentina, Brazil, Chile, and Uruguay, and the Prime Ministers of Norway and the UK.

Biden brought his administration’s message of hope and change to the region, noting that the Americas need to work together more closely on the economy, education, and health care, among other common issues.

“[T]he good news,” Biden said in his formal remarks, “is that we’re willing to, and want to collaborate.”

Biden delivered the “bad news” in this punchline:

“The bad news is that you don’t have the last administration to use as an excuse.”

The veep’s remarks- delivered in his closing statement- were received with laughter and applause.

To learn about other foreign policy initiatives in the Americas, check out this article from our archives.