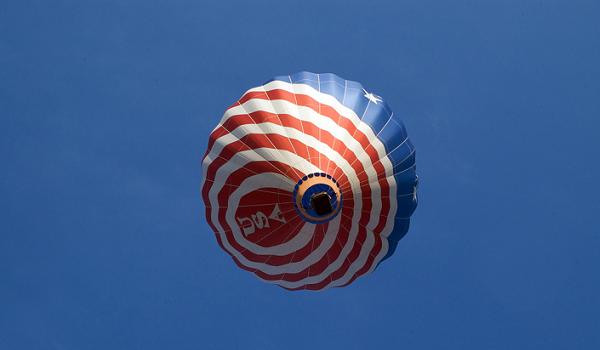 Note: This is NOT the balloon. Photo: joshmadison

You’d have thought that more people would have shown up to be part of the historic Moon the Balloon event.

Organizers anticipated as many as 1,000 people would show up to drop their drawers in protest against a surveillance balloon the United States has hovering in the air above the U.S.-Canada border.

The idea was that the balloon–which is believed to have a powerful camera inside it that can spot objects from a considerable distance–would capture images of the protesters expressing their displeasure with its presence.

But the “Moon the Balloon” event, planned for this past Saturday, was a bit of a disappointment, as only a couple hundred Canadians put their asses on the line–literally–to flash the balloon.

Little good it did– the balloon was grounded after having sustained a tear in its fabric last week.

The balloon, which is being tested for Homeland Security purposes, is viewed by some residents on the Canadian side of the border as an infringement of their sovereignty.

Read more about border issues–but to the South this time–in “Back in 1848? A Closer Look at the U.S./Mexico Border.”