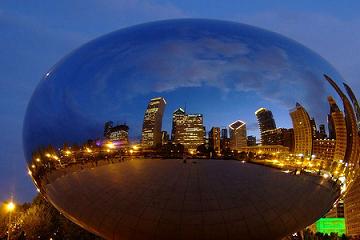 Frank Sinatra might have thought Chicago was his type of town, but travel writers, airlines, and tourism boards are scrambling, in the wake of Obama’s victory, to put together tour packages that will entice you to say Chicago’s your kind of town, too.

Among the sites, experiences, and souvenirs touted by tourism hawkers are “Obama Eats Here” t-shirts, the 57th Street Bookstore, which Obama has reportedly frequented for years, guided tours of the University of Chicago (where Obama was a law professor), and the Hyde Park Hair Salon & Barber Shop, where Obama gets his hair cut.

The Chicago Convention and Tourism Board even changed the home page of its website to congratulate President-Elect Obama on his win, and it’s put together a self-guided itinerary of restaurants, shops, and sites Obama has been seen at frequently during his 20+ years in the city.

Chicago and Illinois are hoping Obama’s win will ease the recession by stimulating tourism… at least locally!