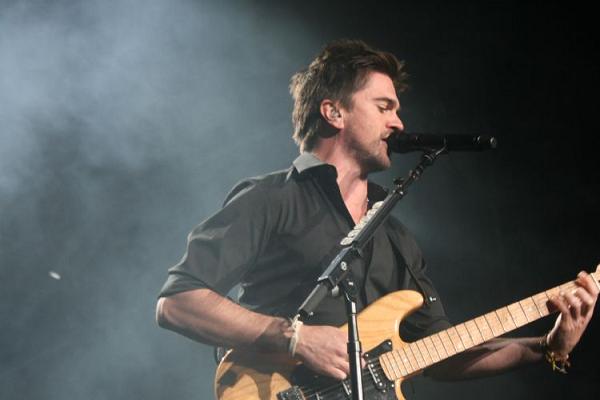 Artistically speaking, it’s been a banner year for Cubans.

In July, the Royal Ballet of London came to Havana for a joint performance with the Cuban National Ballet, appearing before a crowd so enormous that the Cuban government was forced to set up outdoor screens so the performance could be seen by those who hadn’t been lucky enough to snag a ticket.

The same week, the New York Philharmonic announced its intentions to perform in Havana this October.

But before then, the wildly popular Colombian pop singer Juanes is scheduled to play in a “Peace Without Borders” concert alongside beloved Cuban folk musician, Silvio Rodriguez, and the perennially popular Los Van Van.

He’s even met with U.S. Secretary of State Hillary Clinton to seek her support, asking her to permit U.S. musicians to visit the island to take part in the event (they’d be the first to do so since Audioslave’s 2005 concert, which drew more than 60,000 Cuban fans).

The concert, scheduled to almost coincide with the United Nations’ International Day of Peace, is the latest stop on Juanes’s Peace Without Borders tour, the first leg of which kicked off on the Venezuelan/Colombian border in March, 2008.

Juanes, like his fellow Colombian superstar musician, Shakira, has been actively involved in using his music as a means of supporting causes he cares about– he’s also started a foundation to help survivors of land mine explosions. But not everyone–especially certain sectors of the Cuban American community–view Juanes’s Peace Without Borders tour as an act to celebrate.

The singer, who lives in Miami, has been the target of outspoken criticism. Some Miami Cubans have been reported to be burning his CDs in the streets there. Even his wife, who is eight months pregnant, has been threatened.

In the Spanish language newspaper El Pais, Juanes responded to the criticism that he’s being insensitive to Cuban exiles’ concerns. Some highlights from the interview, translated by this writer:

“I am convinced that art plays an important role in the construction of peace.”

“I’m fed up with us asking one another whether we’re Muslim, gay, Cuban, or Venezuelan.”

“Why can I go to Spain and no one asks me if I’m singing to the president, but if I go to Cuba, [everyone thinks] I’m singing to Castro?…. Just let us sing!”

The concert is still scheduled for September 20.

If you’re not familiar with Juanes’s music, here’s a clip from the Venezuela/Colombia “Peace Without Borders” concert: