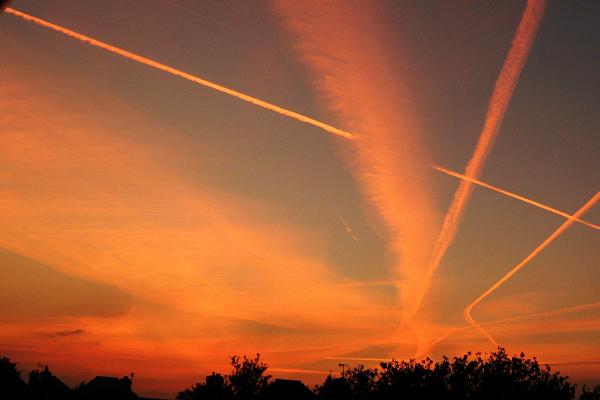 Back in early January, the North American commercial carrier Continental Airlines conducted a demonstration flight to determine whether biofuel could be a suitable and safe replacement for conventional fuel on commercial flights.

And earlier this week, Continental announced the outcome of the demo flight.

“Overall life cycle greenhouse gas emissions related to using a biofuel of the nature used on the Continental demonstration flight are estimated to be reduced by 60 percent to 80 percent as compared to traditional jet fuel.”

Don’t expect to shift responsibility for your air travel-related carbon emissions onto airlines immediately, though. As Continental’s managing director of global environmental affairs indicated, biofuels must receive certification and then must be produced in sufficient quantity to supply commercial airliners.

Want to read more about the science behind biofuels for planes? Check out Eva Holland’s article, “Well, Finally! Making Planes Run on Biofuel.”

What did you think of this article?
Meh
Good
Awesome
Bookmark
Posted In
News Sustainability