The publishing industry–at least in the United States–is in danger, according to experts.

Sales are down and readers who love the feel of words in their hands worry about the impact the Kindle and other electronic readers may have on traditional books. 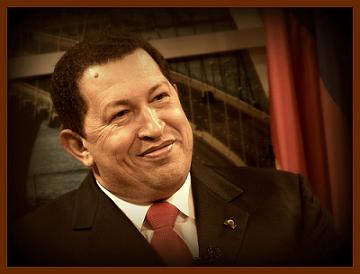 But there was a flicker of hope last week in the unlikely exchange of a gift between Venezuelan President Hugo Chavez and US President Barack Obama.

Though the book was in Spanish–and Obama’s press secretary was reported as saying that Obama would be unlikely to read it for that reason–Chavez’s gift spurred a book buying surge… English and Spanish readers around the world caused Galeano’s book, which was published almost 40 years ago, to rocket to the top of bestseller lists after spending decades in the relative insularity of academic and activist circles.

According to the Guardian:

As footage of the encounter appeared on news bulletins, the book rocketed up the US paperback sales chart of the online bookseller Amazon, soaring from number 54,295 to sixth place within 24 hours.

At present, the book ranks #1 in three Amazon categories.

Could Chavez save publishing? Should the “Oprah effect” be renamed the “Chavez effect”?

Even if the impact of the gift only served to buoy the publishing industry temporarily, Chavez’s gesture helped to resuscitate a Latin American classic. You can read more about the book and its significance here.

What did you think of this article?
Meh
Good
Awesome
Bookmark
Posted In
News Activism Books