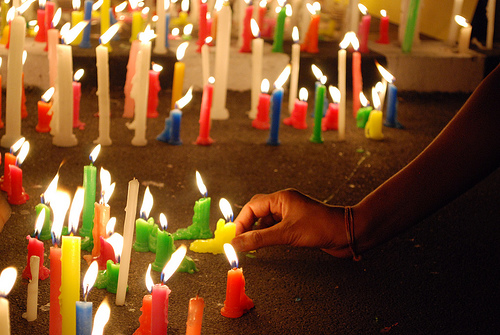 It’s been 19 years since the infamous Montreal Massacre, when Marc Lepine killed 14 women at an engineering school in the Canadian city before turning his gun on himself.

For those who aren’t familiar with the grim story: it was no “ordinary” school shooting (as if such a thing exists): Lepine took the trouble to separate the male and female students before opening fire on the women.

In a suicide note, he claimed his attack was a battle against feminism.

Tomorrow, as they have every December 6th since the massacre, thousands of people across the country will hold candlelit vigils in a National Day of Remembrance and Action on Violence Against Women.

The massacre was a Canadian tragedy, and the National Day of Remembrance is a uniquely Canadian event, too — but violence against women is a truly global problem. Wherever you are in the world tomorrow, I’d urge you to take a moment to pause, reflect, and remember.

The CBC’s original television coverage of the massacre is here.