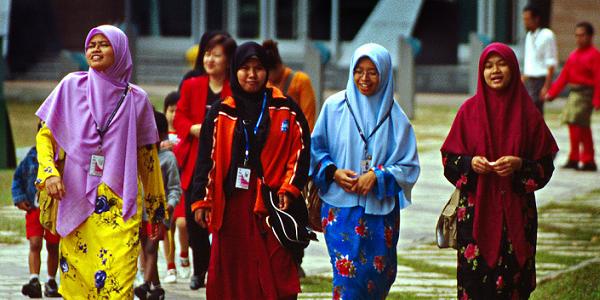 The latest news comes from Kuwait.

Last weekend, Al-Jazeera reported that of 16 women who had run for national office, Kuwait had elected its first four female members to Parliament. One of the women was also named Kuwait’s first female cabinet minister.

The women share more than their gender in common. All four espouse liberal political views and were educated in the United States. All hold doctoral degrees, ranging from political science and economics to education.

The newly elected Parliament members also stressed their differences, asserting that they represent a wide range of constituents, noting:

“Yes, all of us are educated, but we also have a woman who won who is married to a non-Kuwaiti, one who is divorced, one who is not yet married, one whose mother is Lebanese…. We represent different social strata.”

The achievement of the candidates is particularly significant considering that Kuwaiti women were only granted the right to vote in 2006.

Yet as one observer has noted, the Kuwaiti women’s win is significant for another reason: it provokes Western feminists to finally confront the question:

“[W]hy… have [you] been so slow to get behind those women in the world’s all too numerous tyrannies who have to risk their lives to say anything [?]”

That observer–British writer Clive James– asks a question that’s increasingly pertinent as women in the so-called “developing” world make political strides that Western feminists have talked about within ivory towers for years but have taken little tangible, non-academic action to support outside their own countries. As James wrote for the BBC, these Western feminist pundits are just arguing rhetorically; meanwhile, their sisters abroad are “in the thick of a real battle”… feminist theory in action.

“Why their bravery doesn’t shame more of our feminist pundits I hesitate to say. It certainly shames me,” he concludes.

As a feminist and someone who holds a degree in Women’s Studies, I have to agree.

What do you think? Are social justice movements in the West increasingly irrelevant because they’re largely theoretical? How do you view the political and social gains women are making, especially in the “developing” world? Share your thoughts below.